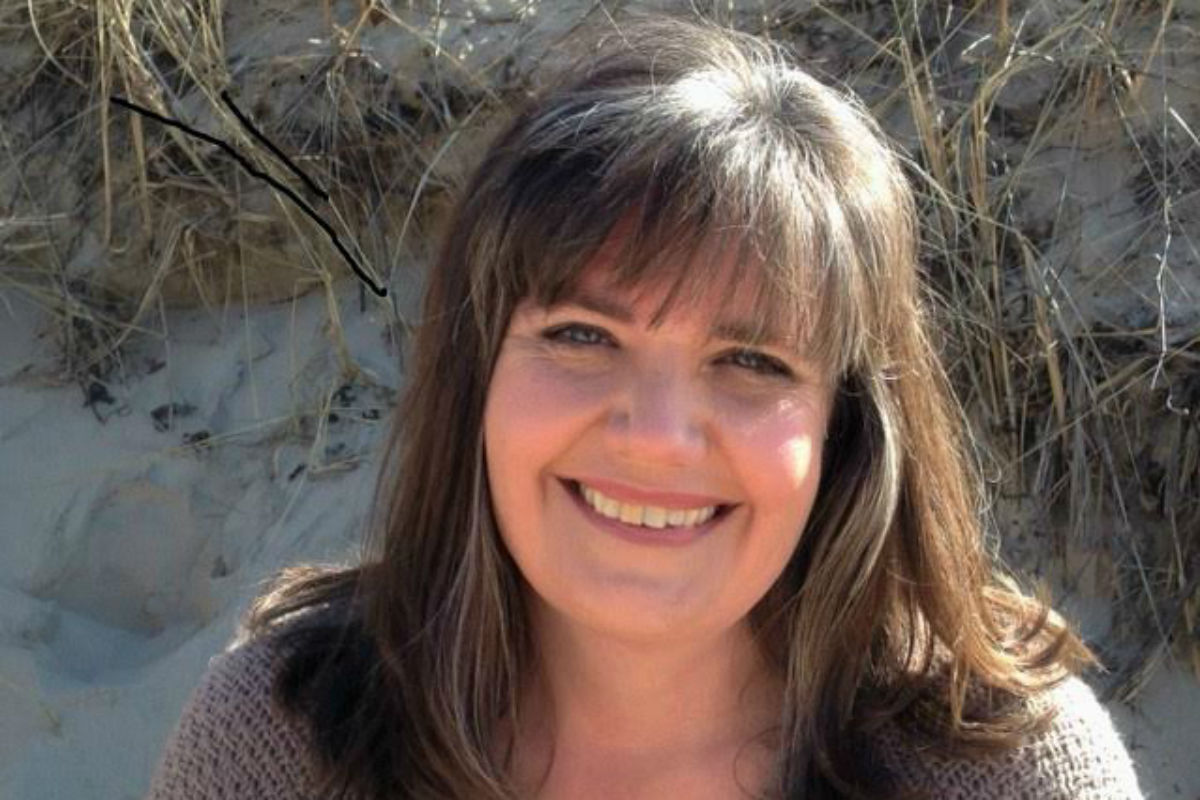 Gandhi once said that “The best way to find yourself is to lose yourself in the service of others.” This quote is the epitome of how Valparaiso resident Cathie Dull lives her life and serves our community. Cathie is the wife to Steve, mother to two boys Dan and Sam, an avid runner, an active member of St. Paul’s church, and the Business Development Manager at Opportunity Enterprises.

Cathie has always admired the work of Opportunity Enterprises due to growing up with an aunt who received help at a similar organization in Nevada.

She says that what drew her to the organization was, “knowing the kind of miracles that happen in a place such as OE.”

Cathie was connected to OE through their art show, which is an annual event in downtown Chesterton.

“When you see the kind of creativity and art that is brought out from someone who has disabilities, it is amazing,” says Dull.

As the Business Development Manager for OE, Cathie is out in our community connecting companies to the business services that are provided by the clients of OE. The services provided include commercial cleaning, outsource which consist of packaging and assembly, document destruction by Secure Shred, and the OE Simply Amazing Market, all of which give the clients the opportunity to work while earning money and becoming self-sufficient.

Cathie and her husband have a strong love for running as well. She is about to embark on her second half marathon and her husband will be running his sixth marathon. They found this appreciation for running through the Opportunity Enterprise's running team which is in its 24th year of bringing people together weekly for group runs, training, and to raise money to support clients of OE.

A major focus outside of her work with OE is Cathie’s involvement with St. Paul’s Catholic church. Six years ago, after noticing that there was a need for a middle school program through the church, Cathie took it upon herself to address this and to establish what is now a strong youth ministry called Edge. The Edge program, which is geared towards 6th through 8th graders, creates experiences for middle school aged children to grow closer to and rely more on their faith during some of the most influential years of their early lives.

Cathie, along with a team of volunteers, has grown this program over the years to keep kids involved in a faith-based community of their very own. She and her group engage the kids in service projects, themed parties, retreats and opportunities to explore their faith.

The most important part says Cathie, “is to give the kids an opportunity to serve. This is a big part of our faith, but we also make sure to have fun with them too through parties and social gatherings.”

Cathie and her husband are also involved in a number of other ministries at St. Paul, together (like the marriage preparation team for St. Paul’s) and individually. Cathie and her family have been members of St. Paul’s for over ten years now, and have taught their children through example how important it is to serve in your community and church.

Their oldest son is active in the youth ministry as a volunteer and their youngest son is a member of the junior choir which will be traveling to Rome this year to sing at the Vatican for the Pope.

This week’s spotlight is truly someone who embraces our community and strives to make a difference every day through her love for serving others.