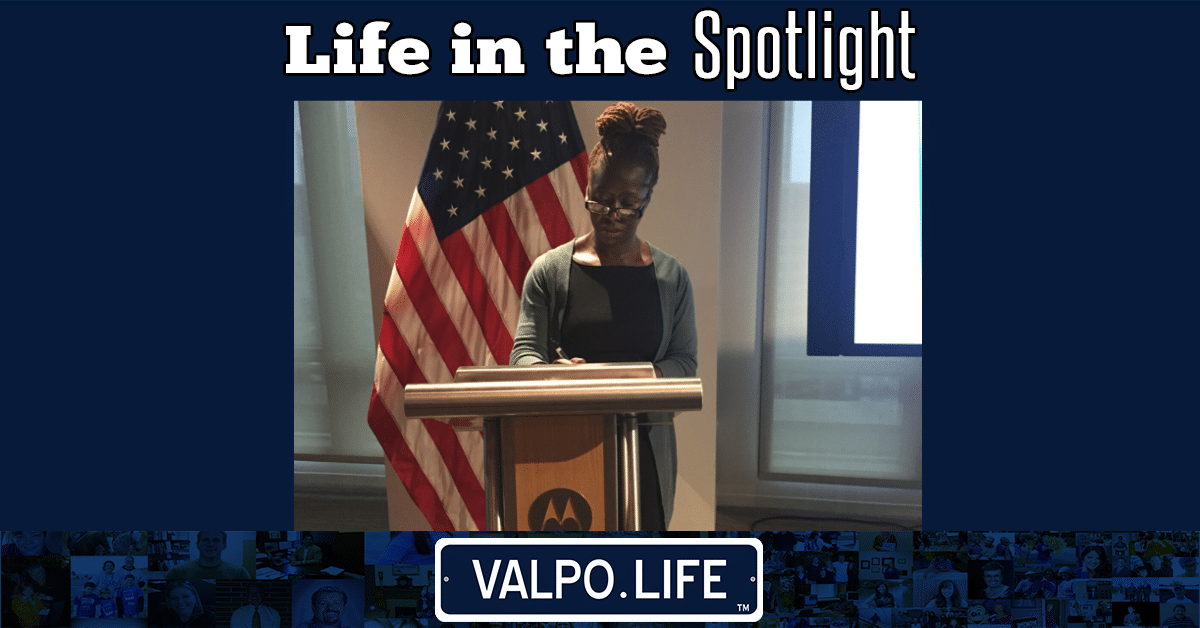 When the pandemic was in full swing, companies had to get creative in keeping their businesses afloat. With technology being the only viable way to keep the market alive, businesses have found creative ways to maintain their presence online.

Though it was certainly not her normal vein of communication, Charita Lucas decided to take a leap and make a TikTok advertising her company.

“Peripherally, I kind of knew what it was, but I don’t have an account or anything,” said Lucas.

Her 18-year-old niece was the one who suggested Lucas make the video. Lucas took on the ‘don’t rush’ challenge with her co-owners (and sisters) to give dOSA Natural Body Care an edge during quarantine.

Lucas noted that they encountered a rights issue with the original song paired with the challenge, so they decided to make the best of it.

“My uncle, who is a music composer and singer, he came up with that dOSA theme song for us” said Lucas. “We felt like it was perfect. It was a match made in heaven. It was a lot of fun.”

When she originally started making her own body butters, Lucas had no inkling that it would lead to creating a successful company with her sisters.

“I started to dabble with making my own body care products and they were a hit as I started to offer them to my friends and colleagues” Lucas said. “They liked them so much that it kind of exploded. It was happenstance. It was a mistake, actually.”

The sisters found inspiration for the title of their company after discovering an ancestor named Dosa on Ancestry. Dosa McGee was their second great-grandmother.

“I smile instantly when I hear that name," Lucas said.

McGee was born in Mississippi and had a certain “affinity for magnolias,” which are the state flower of Mississippi. Inspired by their grandmother and the fragrant flowers McGee adored, Lucas and her sisters decided it was the perfect way to tie a family name into a family-owned company.

Although Lucas has been largely successful in the many passions of her life, she recalled how hard she had to work to get where she is today.

“I grew up in generational poverty. Most of the places that my family grew up in no longer exist; they have all been demolished or torn down.”

During childhood, Lucas lived in Cabrini Green, a housing project in Northern Chicago. While her parents did not receive high school diplomas and had to live in a tough neighborhood, Lucas felt blessed that unlike so many of her young friends, she had both parents in her household.

Though her early home and circumstances were not ideal, Lucas looks back on them with a posture of gratitude.

“I struggle with this because I really think we go through these experiences in life for a reason” Lucas said. “These experiences imprinted on me. They have become part of my DNA. All the experiences that I had back then have led me to this moment today. It has led me to want to break the cycle. If I had not had that experience then I may not be as motivated as I am to make change.”

This fervor led her to the corporate world.

“Being a black female in corporate America overseeing teams of men in a field that has a diversity issue--that was no small feat,” said Lucas. “I was the only black woman in that position to do that, so I know that you can break cycles. I know what is possible. I want to let everybody know that.”

Lucas fervently believes in breaking the cycle and is proud that her children are also ambitious in pursuing their passions. Her oldest child is currently attending medical school and her middle child is studying computer science.

Although she is thrilled to witness the drive of her children, Lucas is not satisfied with that being limited to her own children. This is why Lucas founded ‘Looks Just Like Me,' which helps children to break the cycle.

“This whole breaking cycles was really important to me,” said Lucas, “so I wanted to start a not for profit that will give young children that look like me access to people that look like them that have actually broken cycles.”

Looks Just Like Me approaches this goal in several ways, including customizable workshops, insight on non-college options, self-esteem, and panels of black professionals.

Perspective mentors are paired with mentees through an algorithm on the website so that they can tangibly model the way for children to break the cycle.

In addition to dOSA and Looks Just Like Me, Lucas is a motivational speaker.

“All of my speeches center around the aspect of cycle-breaking,” said Lucas. “The one I enjoy speaking about most is ‘your origination does not determine your destination.’”

When recounting her inspiration, Lucas noted Michelle Obama and even the fictional warrior-princess, Xena. Her biggest inspiration, however, is her mother.

“She modeled for me as best she could what a strong, black female should look like,” Lucas said. “She truly is my African goddess.”

Beyond her many professional leadership roles, there is another area where Lucas enjoys leading others and letting loose. Lucas is a certified fitness instructor and has been teaching at YMCA for the past two years. She also travels to schools to teach Zumba classes.

Lucas has become well-known for her Zumba classes.

“I’m known in Valparaiso as Zumbarita to a lot of people. Zumba allows me to do all of my favorite things.”

Despite her packed schedule, Lucas remains passionate and determined.

“I think that when you truly find what your passion is--what really lights you up, what really fills you up--it does not feel like work,” said Lucas. “I am passionate about everything I do. That is not by mistake. It is by design. After I left corporate, I was determined to do only those things in life that I wanted to do.”

In proper Zumba-instructor style, Lucas said, “I want to dance my way through life. I’m going to be 52 years old this year and I don’t see any end in sight as far as dancing is concerned.”