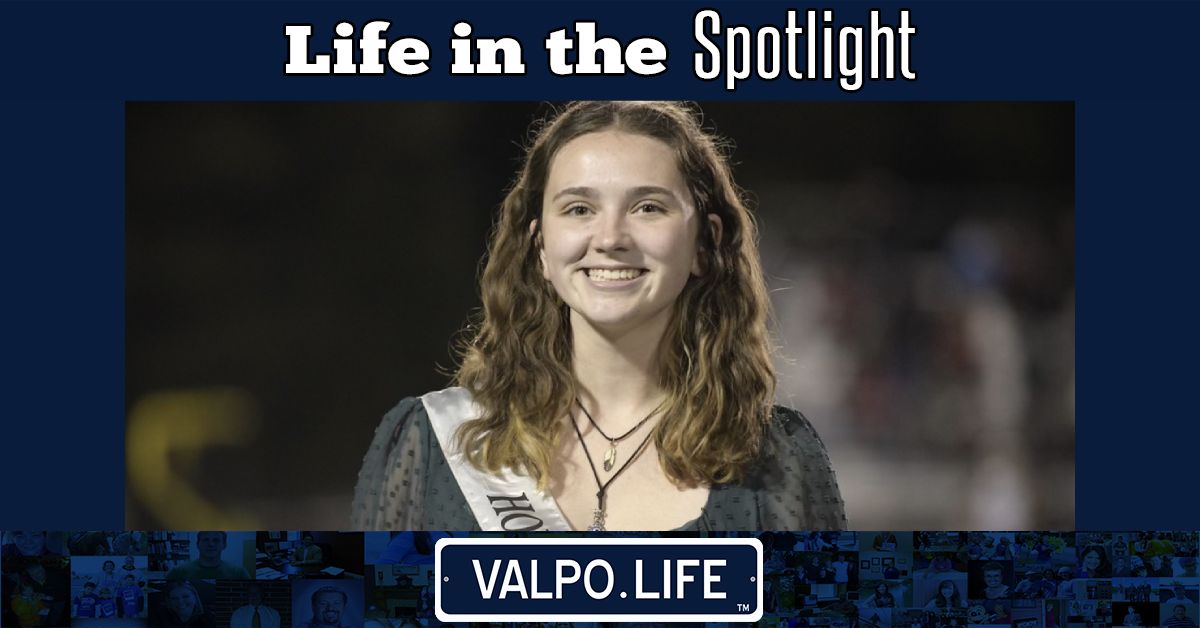 There are numerous times in which the lives of those who are not out in the world, those not working some important-sounding job, get neglected and cast off to the sidelines. However, that should not be the case with one of The Region’s most stellar students, Evyenia Lawley, who attends Valparaiso High School. Merely a teenager, her long list of accomplishments speaks for itself.

In high school, establishing comfortable bonds with those around you often comes as one of the toughest challenges of most people’s young adult lives. On the contrary, for Lawley, perhaps her favorite part about being a student is what so many other teenagers find so difficult.

“Since I go to Valpo, I literally don't know more than half the people in the school, so I do enjoy getting to meet new people,” she said. “I'm a senior and just switched some classes around, and I've been meeting people I have never seen in my life. I think that that's really interesting.”

As she is a part of Drama Club, doing everything from improv to scripted shows, Lawley’s commitments start with one of the most notoriously challenging extracurricular activities. Her being able to thrive through it, however, is a testament to her tremendous character.

“Drama club in particular has really helped me to break out of my shell. It's forced me to get out of my comfort zone, to meet new people, and to talk onstage. Improv is definitely my favorite because I get to make up things on the spot, and I feel like you get a much stronger bond with the people you're onstage with when you're doing it, which has definitely helped me in life,” she said.

Considering all the colorful aspects of her personality, one shouldn’t be silenced when asking the question of who Lawley has been inspired by in her life. While there might be multiple sources she draws the desire to go on from, Lawley keeps it all at home, so to say.

“My mom is one of my biggest inspirations because she's a really hard worker. She works a lot of jobs in order to help with and pay for all the things that I do. She's single, too, so that definitely doesn't help anything, but she's just the type of person that's always there for you, even if she's not having the best day, and I just really respect and admire that,” she said.

Outside of school, Lawley’s sure to stay engaged in all that she thoroughly enjoys to do. For example, she’s always possessed a fascination with animals, which is probably due to all the viewing of "Zoboomafoo" she did when she was a little girl.

During the summertime, one would not have a hard time finding Lawley at the signature events taking place that season, like the Porter County Fair. Since she’s a 10-year 4-H’er, Lawley’s usually running the animal projects hosted during the Fair, working with various kinds of animals, from sheep and goats to dogs and rabbits, educating those around her.

Lawley’s love for animals has taken her a long way, too. This past June, her passion took her to an elevated level of exposure. What makes it all the more awesome is how young she is.

“I’m involved with the American Kennel Club, and most recently, in June, I went to the Westminster Kennel Club Dog Show in New York, which is like the Super Bowl for dogs, and it was really cool because I was 17 at the time. I got to show a South African Boerboel with a bunch of professional handlers who've been doing it their whole life, who get paid to do it. I was doing it with my own dog, and it was just really cool to be in that environment,” she said. “While I was there, we also won Best Opposite, which is like runner-up. Overall, it was such a surreal experience because I've been watching the dog shows on TV since I was little, and then I got to be there myself.”

The time for college is approaching, and Lawley’s kept her options open. Wherever she goes, after all the things she’s done, it is not hard to tell that her future is shining brightly, just as her sense of optimism, and it’s only a matter of time before she does something extraordinary once again.

“When I do attend college, as I’m involved with them now, I plan to be in the choir and the drama club within that college, but I haven't really decided on where I'm going to go yet. I'm planning on majoring in environmental science, animal science, or zoology. It just sort of depends on where I get in and what's the best fit for me,” she said.

Even in her young age, Lawley has not had difficulty discerning her favorite characteristics about the community that surrounds her. Specifically, its unity is something that catches her eye and assists her in understanding the perks that come along with living in a beautiful little town.

“My favorite part about Valpo has to be the community. You especially see it at sports games at the high school. Every football game the stands are always full. You don't really realize how many people do love Valpo until you're there and look around to see a big crowd of people that are all there for the same reason. The same phenomenon happens at the tree-lighting during Christmas — I went and I got to see more than half of Valpo standing out in the cold to watch a big tree light up, and I think that's really neat,” she said.