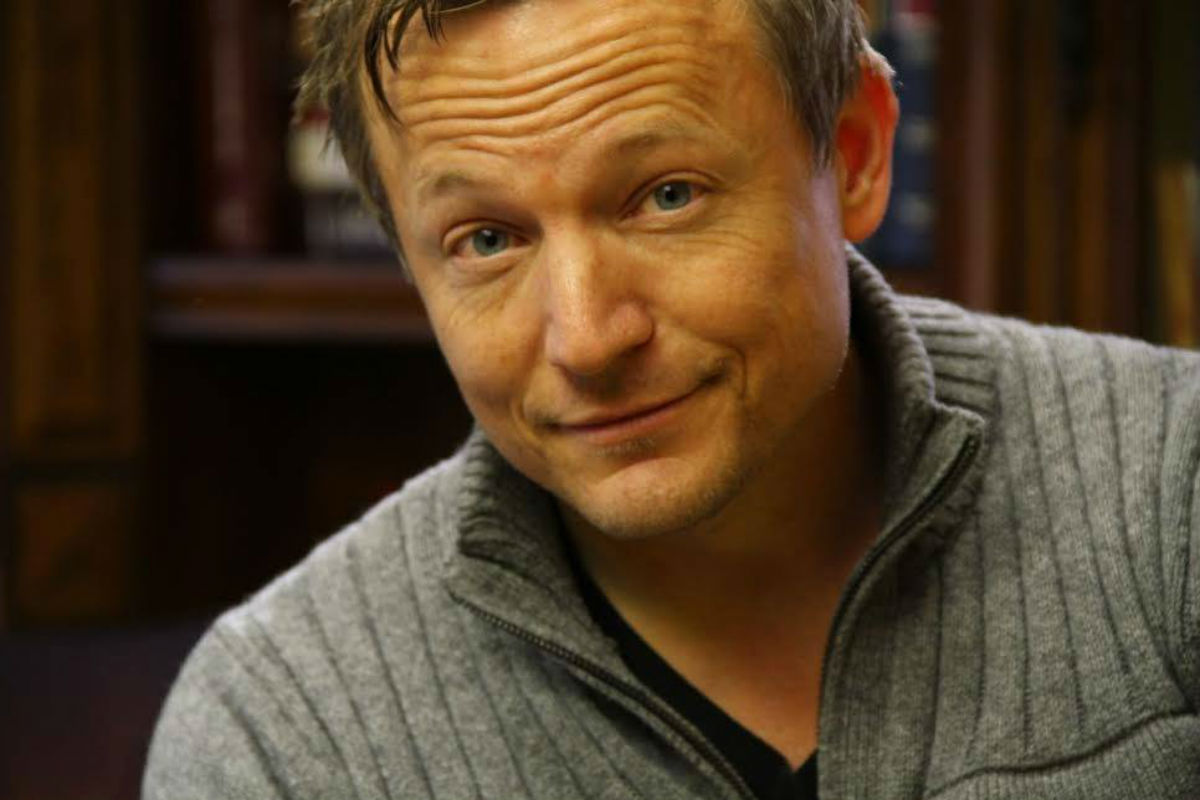 Every life is a series of experiences that most of us take for granted. Overnight, our days become memories. We get to relive them in spontaneous anecdotes that revitalize our souls with pride and excitement. Jesse Bob Harper believes in the value of these experiences. He has made a career out of telling people’s stories through acting, film direction, and market production. Harper’s work exposes the beauty of Valparaiso, one person at a time.

The story of Jesse Harper begins in this town. Despite having lived most of his adult life in Los Angeles he believes that everything he has seen came from his start in Valparaiso. He was born and raised in here but left home at 19 to pursue a career in acting.

Harper appeared in several experimental dramatic films during his time in California. Some of them, such as My Apocalypse and In the Land of Milk and Honey, can be watched on Netflix.

This career in acting developed his already solid passion for film. Harper went to UCLA to learn more about the industry. One of his classes required that he make a short film documentary, a project that got him hooked on film making. One of the movies he made himself, “Simon of Los Angeles,” took second prize in the American Zoetrope Screenwriting contest. Zoetrope is judged in part by Francis Ford Cuppola, the director of the Godfather.

Harper returned to college at the age of 36 to earn a Bachelor’s in Political Science. He would use this degree to make marketing films that help government departments and politicians speak to the citizens of their counties. It was a big change for Harper. He recommends that “Everyone should make big changes- keeps you fresh.”

At 39 Harper was moving to New York and decided to make a stop in Valparaiso to see his family. The town had changed since his childhood. He realized that our people had grown diverse and eclectic. Everyone had a story to tell, like the ones he was telling in Los Angeles. Harper thought, “Man. I really like it here.”

That is all it takes to make a difference in the world: a love for one’s community. Jesse Bob Harper founded JBH Productions to show the people of Valparaiso all that they have to offer. It was as simple as wanting to do right for his town.

JBH Productions has given voice to companies like the Broken Wagon Bison Ranch in Hobart In. They direct Public Service Announcements to warn of local hazards like drunk driving. Their next big project is a PSA requested by the Porter County Sheriff, David Reynolds. Reynolds reports an alarming rise in heroin overdoses and hopes to save lives.

Harper’s company also runs the campaign ads for candidates in our county. His team develops strategies and creates videos that inspire voters.

Whether it is a repentant soul warning others of the influence drinking has on driving skills, or a dedicated civil servant running for county commissioner, “Everyone has a story worth telling.”

JBH Productions learns the motivations, dreams, and desires of each client. Harper’s own dreams include owning a mohair goat farm and finishing his travel “to do” list. He has a pilgrimage planned for the El Camino de Santiago in the Spring. It is a month long hike that ends at the cathedral Santiago de Compostela, a Holy place. Many of his fellow hikers will be on a spiritual mission and he is excited to meet them.

Harper’s greatest motivation is a commitment to family and community. His company supports the political advances of his father, Bob Harper. His fiance, Dina Ranieri, is a local business owner. Her Ivy Boutique sells women’s clothing and accessories.

Harper gets even more involved with the community through local board meetings. He is on the Tourism Board for Porter County and is an active voice in their remodeling decisions. They are trying to update the expo center and add a Sports Complex to the Valparaiso skyline. The Memorial Opera House Foundation Board promotes shows, works on preserving its building as a historical monument, and raises money for the House. Every board meeting represents the ability of our people to make this a better place to live.

Our community is strengthened with every anecdote we tell, every blush of pride in the people who experience it. Jesse Harper’s story is about finding the story in the people around you. We all have something worth contributing.