Leeann Wright, otherwise known as The Wright Baker is starting 2017 off on the right foot. With a new job, a new, exciting race to train for, and a rising small business, her mission to lead a life of significance and service is turning into a reality.

Wright has had a dramatic life, a Shakespearean dramatic life. She grew up in Winamac and in high school won a scholarship to become an exchange student in England.

At the time, she was preparing to attend New York University at the Tisch School of the Arts for drama, but from a misunderstanding, her spot was retracted instead of deferred. So, she decided to just attend school in England, studying for her undergrad and masters degrees at the University of Exeter.

“It was divine intervention,” she said, that landed her in England to study Shakespeare. “I wasn’t sure if I wanted to pursue an academic career and teach or go into theater. Then, I realized, ‘Hey, I miss my family.’ So, I came back home.”

Wright moved to Chicago to work in the theater business, but a life of the starving artist began to wear on her, and she decided to go back to school.

“That was the most rewarding experience I’ve ever had. It really helped me discover what I want in life, which is to lead a life in significance and service,” she said. “They (the school’s teachers) helped me develop skills and it was a practical application program, so at night I would open the textbook, read a chapter and then go into the office the next day and literally apply what I had just read the night before.”

She started her new career subject at her old high school in Winamac, as the annual giving officer, which helped claim gifts and money for scholarships for the school. She then went to Indiana University Northwest in the same position, this time dealing more with the IU Alumni Association. Friday, January 19, was her last day in this spot, as she begins work at Valparaiso University, once again being the assistant director of annual giving at the law school.

“It’s going to be different and I anticipate more traveling, but I will be working in the same town I live in, which is a first for me,” she said. “I am ecstatic about that!”

The shorter commute means more time doing the two hand-in-hand activities she is truly passionate about: running and baking bread. 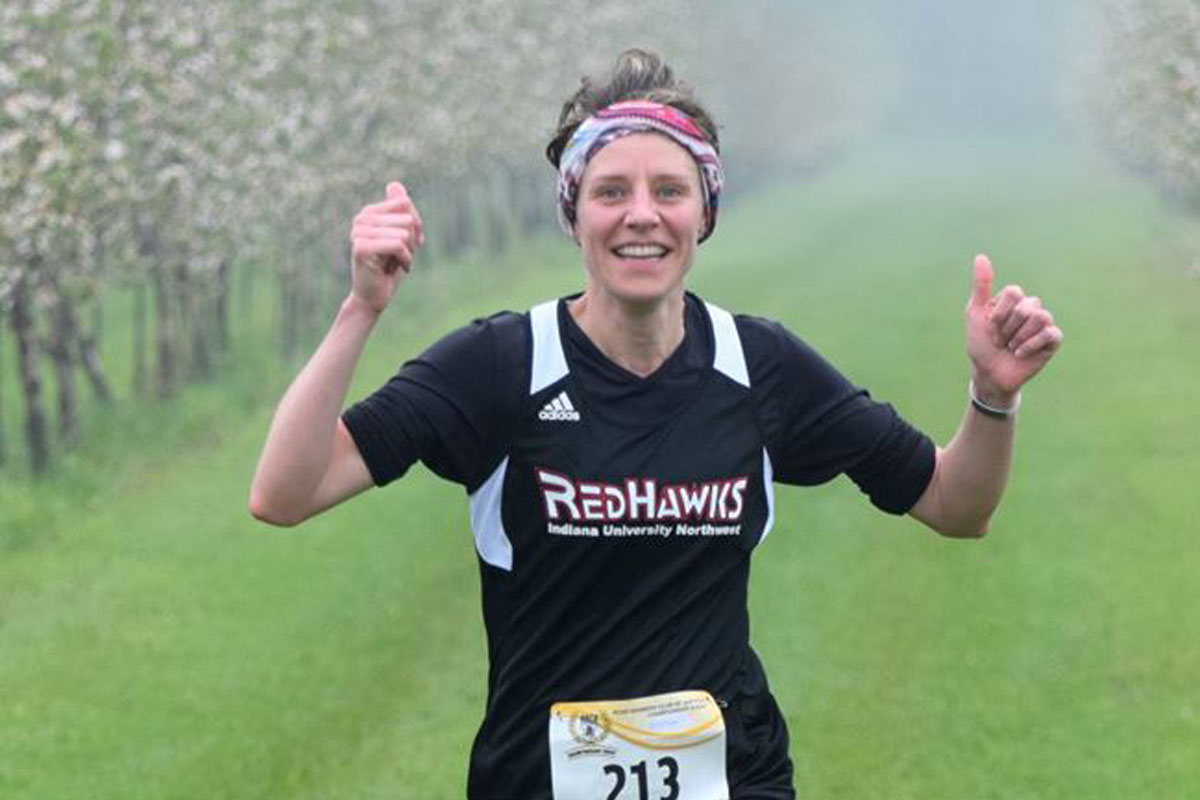 The Wright Baker is Wright’s bread-by-appointment small business that she started in April 2016. She has been baking bread for about five years learning from a Julia Child recipe book and watching Youtube videos.

“Bread to me is breaking bread with friends, which is more than just eating something wholesome. The whole companionship and being together and sharing meals… that is why I chose to focus on bread,” she said.

Exclusively using King Arthur Flour, She makes a farmhouse white, which is a classic sandwich bread, a honey whole wheat, with local honey, a European style rye with caraway seeds, halal bread, soft white dinner rolls, sourdough, and English muffins, which, according to Wright, people cannot get enough of.

The process from start to finish is about four hours long, she said, and with a full-time job, she takes orders by appointment rather than having bread on hand to sell.

She enjoys the small size of the company, but looks forward to having more time to bake as she gets settled in her new job, however, her training for the Boston Marathon has begun, so free time is once again limited.

When moving to Valpo, Wright fell in love with the running environment of the city.

She was welcomed into the running community and who in turn, welcomed her bread into their after-run meals.

“I have developed really wonderful friendships from the running community, and it is pretty easy to market carbs to runners!” she said, laughing. “They have done a great job doing the communications for me. I just get to bake bread for people.”

Through running and baking, Wright has been able to immerse herself into the Valpo community and only wants to continue to do more. The simplicity of breaking bread with friends, whether after a good run or during an event at her church, is one of the ways Wright is living a life of significance and service.

To learn more about her fresh-baked breads visit her Facebook page: The Wright Baker.