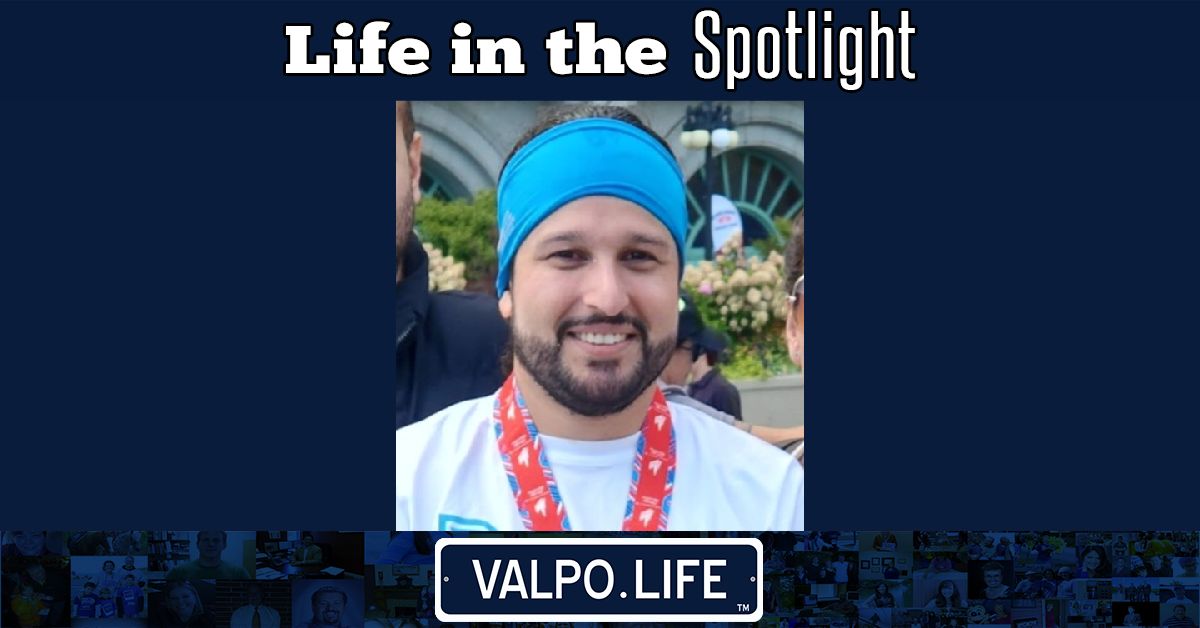 Current Marketing Director of McColly Real Estate and recent runner of the Chicago Marathon Lionel Sanchez’s life has become quite the movie, jam-packed with accomplishments to celebrate.

Under a shining sun and blue skies on October 9, Sanchez participated in the annual Chicago Marathon, finishing with a time of six hours and 54 minutes, the signature 26.2 miles through the city under his belt forevermore.

A bit of misfortune met Sanchez on the special day. He caught a minor affliction a handful of hours before foot was to be put to concrete. Nevertheless, his perseverance guided his hope of crossing the finish line.

“I did have a lot of things going against me; I had a cold that morning. In the days leading up to it, I actually started getting a sore throat and coughing. I remember the day before the race, I was taking lots of DayQuil,” said Sanchez. “The day of, I woke up and I was like, ‘You know, I'm well enough to just go and run,’ and I was able to finish.”

An insignificant cold wasn’t the only setback for Sanchez. Even though he eventually conquered the challenge, it was no easy feat and consisted of weeks and months of training, through bitter seasonal changes and all. Moreover, those days of preparation were spearheaded by the brief possession of the virus that took the world by storm. Everything came together in order to form one giant obstacle seemingly capable of pushing an athlete of any caliber to their limits.

“I started out training at the beginning of the year, and I ended up getting COVID. It slowed me down. It was hard to breathe at first, so it wasn't as easy to run any mileage at all. Training through the winter was brutal, too. Once it got nicer outside, I was able to train a little bit more, but I was starting over from scratch. I was not in the best shape, and I had been dealing with weight issues,” Sanchez said. “Summer was really brutal because of the humidity. It made everything so much worse. Then, as my mileage was worse, picking up the time was taking longer.”

There are many specifications to nail down before the race comes, such as tracking times on apps in an attempt to observe progress and the comfortability of shoes. Planning it all amalgamates into a strategy of meticulousness and careful calculation.

“I had to plan ahead of time for my runs. I would run around my neighborhood, using an app to track my distance, mileage, and time, and then I had my watch to track my heart rate. I trained and trained, but then something would come up, like the time I ended up hurting my foot, which meant I had to take it easy and not run so much. Luckily, on the day of the race, that pain went away,” said Sanchez. “There's a lot of things that factor in on your run. You have to eat well, you have to be hydrated, and you have to make sure your shoes are comfortable. There's just a lot of things that tie into a good run that you normally wouldn't think about, unless you're fully prepared.”

Due to the disciplinary nature of all that planning, anyone’s bound to learn many lessons in the process. For Sanchez, there was no shortage of takeaways.

“You'd be surprised what you're capable of when you're put to the test. Being able to accomplish what I accomplished in the circumstances that I was dealing with definitely made me appreciate the whole journey, hardships and all,” he said.

What’s most important, however, was what the completion of this whole journey meant to Sanchez and his family. During November of last year, a day before Thanksgiving, his wife’s father passed away, and that prompted him to run in the first place, so that he might help with raising funds for the Parkinson’s Foundation.

“After my wife's father passed, there was a lot going on. It was very detrimental. He meant a lot to everyone in the family, so I wanted to do something nice, and do something that would make an impact. I was able to reach and surpass my goal of raising $1,500 for the Parkinson’s Foundation, getting up to $2,100. That made it all worth it in the end,” he said.

Sanchez is a fan of all-things Chicago sports, especially the Bulls and the White Sox. He’s also a fan of sci-fi, Marvel Entertainment, and DC Comics. Attending the Art Institute of Chicago out of high school, he’s made the rounds in the video gaming world, even going as far as interning at NetherRealm Studios, the company behind “Mortal Kombat.”

What’s most remarkable about Sanchez has to be the size of his heart, his compassion for his family, his community, and any good cause. You can count on him to capitalize on any chance he may have to influence those around him for the better.