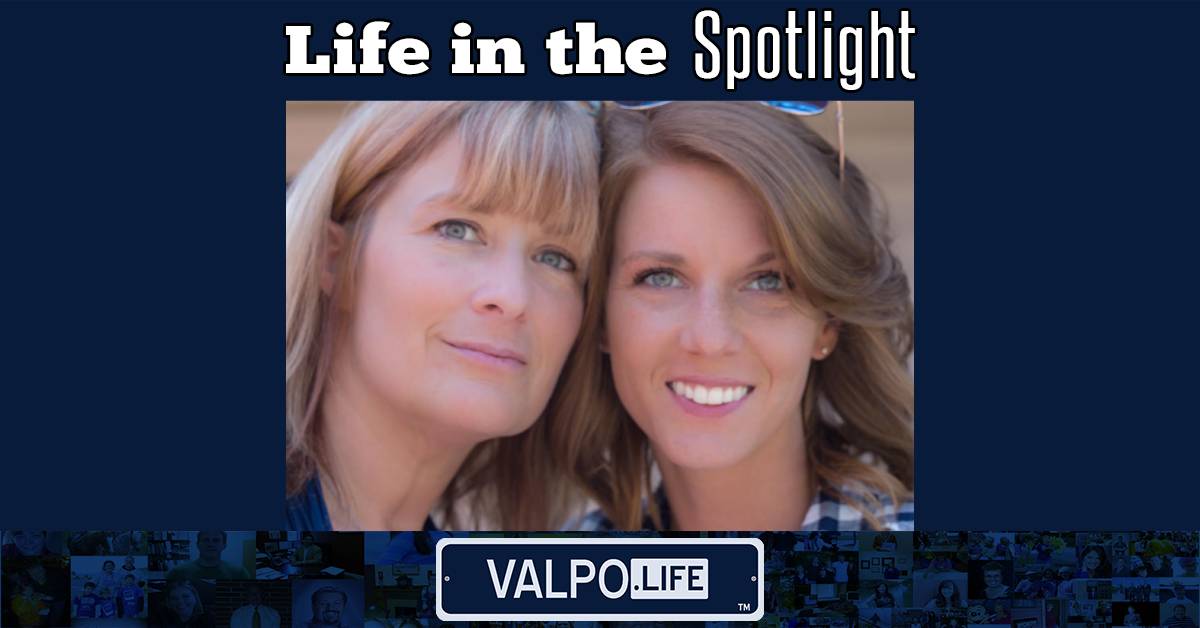 Mary Hendrickson is that self-proclaimed quiet person – the one who runs away from the spotlight, and puts herself behind the camera, not in front of it. Her story is one of triumph, though, even if it hasn’t been shouted from the rooftops, and her life serves as a testimony to strength, love, and the true definition of family.

Hendrickson was born in Gary and spent much of her elementary school life in the foster care system before reuniting with her parents and moving to Valparaiso when she was in 5th grade. She hadn’t made a lot of close friends in Gary, so the move itself wasn’t difficult. But childhood continued to be tough, though, and Hendrickson found comfort, solace, and love in the friends and parents of friends who welcomed her into their peaceful lives when it was most needed.

“My family is a little eclectic,” Hendricks revealed. “I’ve always kind of believed that I was raised by so many people. It can be easy when you’re a quiet person to fade into the background, or to fall into trouble. I’ve had so many wonderful people who have stood by me, and I consider them to be family to me,” Hendrickson said.

While she spent her childhood years growing up too fast out of necessity, Hendrickson said she never lost site of what she wanted to be in life as a person, and of what life itself was supposed to be like.

“I’ve tried to instill that in my children as well. If you let your baggage weigh you down, you’re not living. After a while, you just have to trust that life will take you where you need to go,” she said.

And it has, in many wonderful, positive ways.

Hendrickson had her first child early – right after her senior year of high school. She found herself leaning on that eclectic family again during that time, but emerged ever the wiser with a beautiful boy (Matthew) who was later joined by a daughter (Stephanie). Both have graced her with grandchildren – a four-year-old granddaughter and an 8-month-old grandson. They are bursts of joy in her now peaceful life.

When she was a young mother with two toddlers, Hendrickson started taking classes at Purdue University, but opted to set that pursuit aside so she could focus more on her children. She was ever mindful of providing them with a stable, loving home. “I always wanted my children to know exactly where they belonged, and that they had a home,” she said.

Career-wise, she took a job as a bank teller.

“It was an excellent opportunity that allowed me to grow. I moved into customer service, and over time was given a great opportunity to find myself – as a leader, and as a person. I found confidence there,” Hendrickson said. As the nature of the bank job grew more toward sales around her 15-year mark in the industry, Hendrickson realized she needed to make a change.

“I really enjoyed the customer service aspect of what that job was, and I always knew I just wanted to help people.”

She applied for a job in the records department at the Porter County Sheriff’s Department.

“I remember I tested for it, got an interview, and then was offered the job. I remember thinking to myself, ‘Am I out of my mind’”

She left a job where she was handling mortgages to one where she’d be printing car crash reports and impound releases. But even there, she was able to find that niche where she could help people. Hendrickson later moved to the job of civil clerk, where she processes court documents, primarily working with protective orders.

“Usually when someone comes into the Sheriff’s office, it’s not for something on a good note, so if I can help them through that, ease some of their fears or worries, I’m happy to do so,” she said.

Hendrickson contemplated what the world might see in her, from the outside looking in.

“Because I can be quiet and I’m not always sunshiny and smiley, people can sometimes think I’m grumpy. But I’ve learned that if you judge someone according to their appearance from a moment in time, you’ll never get to know people,” she said. “I keep my circle small, but those in it know that I would pretty much do anything for the people I love.”

Overcoming a life of childhood chaos has lead Hendrickson to find joy in life’s simplest things: serenity, picking vegetables from the garden, planting flowers, taking photographs, and camping with her husband Adam and the rest of her family.

“I’m just a quiet family person. In my free time I’m perfectly happy to curl up on the couch with a good book.”

It likely includes time with the fur babies as well. Hendrickson inherited a shih tzu-poodle mix named Cash from her daughter, and she and Adam have since procured kitty Tango (get it? Tango and Cash? We’re dating ourselves here). All of this loosely defines “home” for Hendrickson. Her more literal definition:

“Home is simply where you’re with the people you love.”