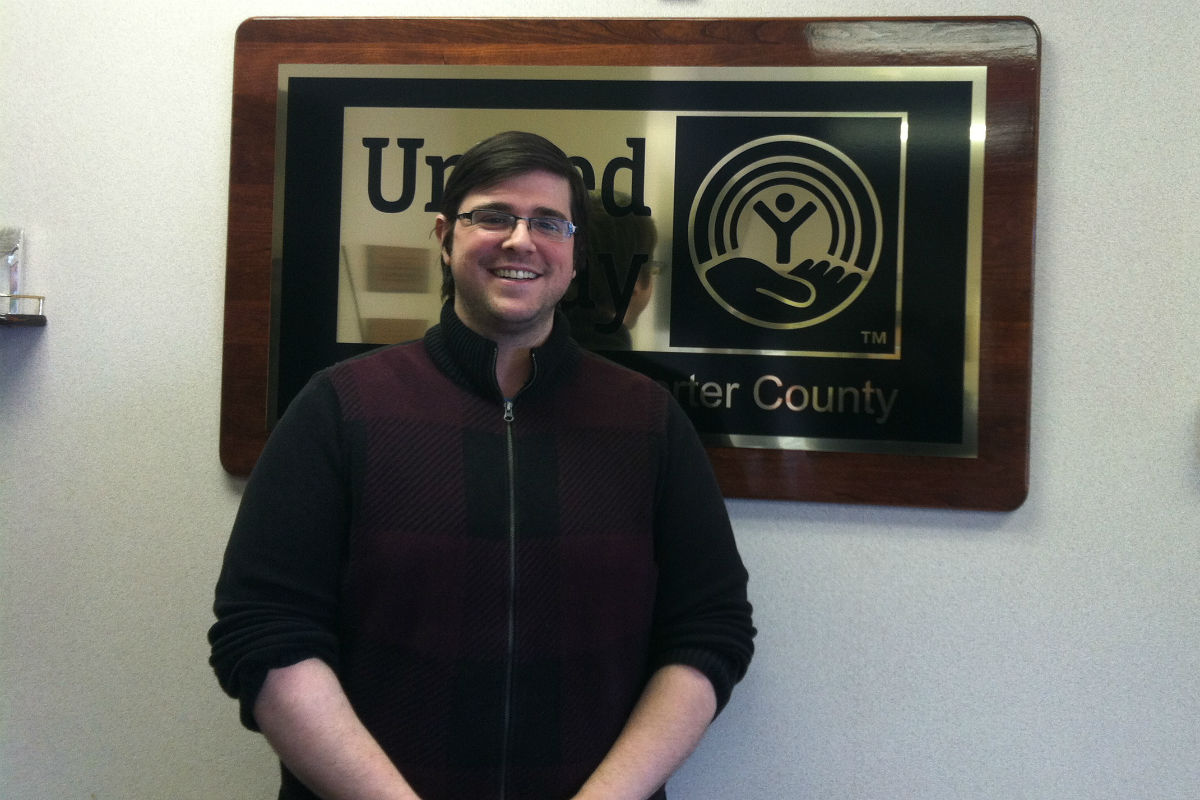 Winston Churchill once stated, "We make a living by what we get. We make a life by what we give". This quote exemplifies everything Michael Glorioso believes in.

Glorioso is the United Way RSVP Coordinator for Lake, La Porte & Starke Counties. RSVP is part of Senior Corps and is America's largest volunteer network for people 55 and over. RSVP matches volunteers with thousands of local and national organizations, opening countless opportunities for volunteers. It allows volunteers to choose how and where they would like to serve and the amount of time they'd like to contribute. RSVP is a regional program, extending further than just Valparaiso. People work together over county lines due to volunteer needs being similar.

"I like to say that I'm the match.com for volunteers," Glorioso said. "People interested fill out an application and specific how they want to serve the community with their skills of a lifetime of experience."

Glorioso originally obtained a degree in 2002 for Performing Arts. He had a job in theater, but was soon found himself suffering the wrath of the failing economy. Glorioso started working with Meals on Wheels. Though he was a paid employee, he saw the importance of giving back to the community. He noticed that there were volunteers who did it in other cities and found it inspirational that these people would give up their time working as volunteers. Through working for Meals on Wheels, Glorioso was inspired to work with United Way, and eventually RSVP.

It doesn't stop there. Glorioso continues to contribute to the community through his volunteer work at Memorial Opera House. He assumes a role as part of the marketing committee. Glorioso been doing shows since 2005. Glorioso isn't designated for a specific role, he is there to do whatever is needed. Whether it's directing a show or coordinating a lunchtime cabaret, it is volunteering long hours and time.

"Even though it may not be as impactful as delivering meals, it is still a passion of mine that I can still do," Glorioso stated.

Glorioso also expressed his opinion on the importance of public speaking. He believes that his background with acting has helped him get where he is today.

"Acting gives you a way of shaping people's minds. There are a lot of high school kids who audition for shows and get the chance to talk to the older actors. We get the chance to provide them with guidance. It's a way to train them and give back to them. We always tell them that getting involved with the arts can lead one to many different paths. I use my acting skills when I do presentations. I think students that take speech or are involved with theater have that ability to overcome the fear," he said.

Whether it's providing volunteer jobs for the elderly or giving advice to young up-coming actors, Glorioso has impacted many lives in many positive ways. On a day to day basis, he illustrates the traits that define a Life in the Spotlight.