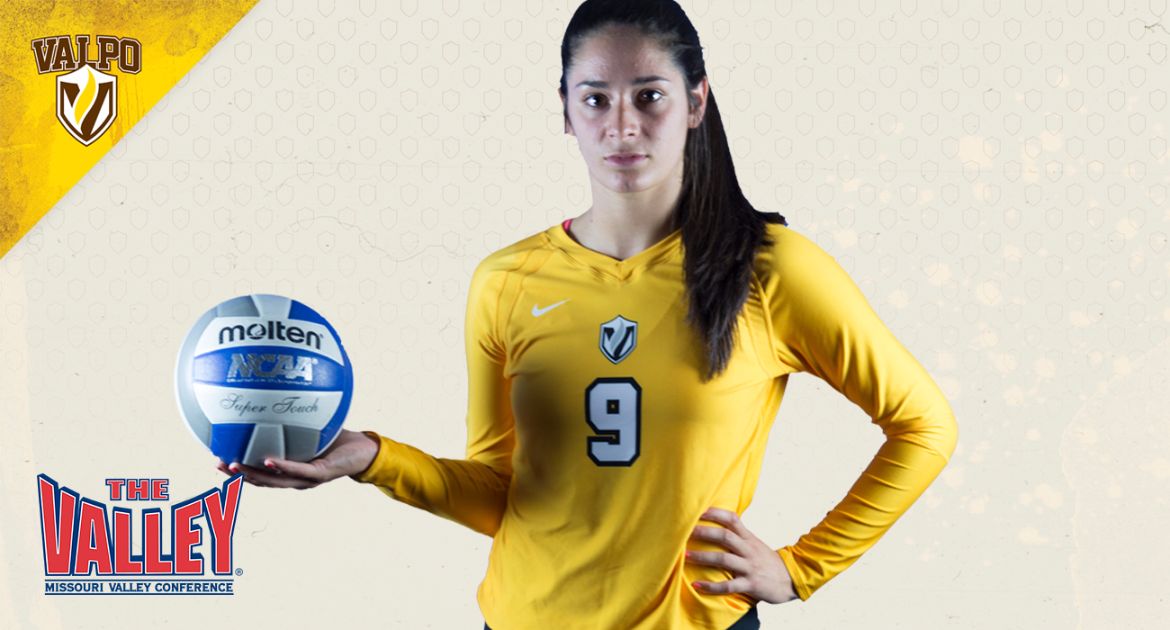 On the back of a trio of strong performances last week and an All-Tournament Team award at Western Illinois, Valparaiso University freshman setter Brittany Anderson (East Chicago, Ind./Bishop Noll) has been named the Missouri Valley Conference Freshman of the Week.

Anderson began the week with 47 assists, 11 digs and three blocks – including two solo rejections – as the Crusaders defeated Eastern Illinois in their home opener at the ARC. Then, at Western Illinois’ Buffalo Wild Wings Invitational, the freshman delivered 31 assists and nine digs in the Crusaders’ win over the Leathernecks before closing the weekend with season highs of 57 assists and 19 digs as Valpo beat McNeese to earn the tournament championship.

For the week, Anderson averaged 12.27 assists and 3.55 digs per set, while also chipping in eight kills on .320 hitting. She became the second Crusader freshman to earn Freshman of the Week accolades from the conference office this year, joining Rylee Cookerly, while the All-Tournament Team honor from Anderson’s second of the season, as she also earned All-Tournament accolades at Notre Dame following the season’s first weekend.