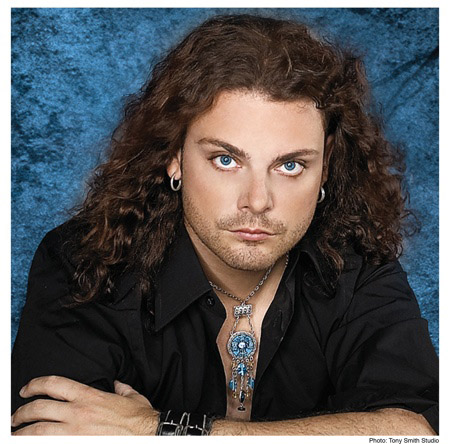 Chicago Street Theatre's acclaimed "One Night Jam" concert series is bringing one of the hottest blues artists in the country, Anthony Gomes, to their intimate stage for a rare solo acoustic blues jam on Sunday, June 9 at 7 p.m.

Gomes, a native of Canada now residing near St. Louis, is one of the most popular artists in the contemporary blues world.

"Anthony has a firm grasp on the roots of the Blues," said Paul Braun, series promoter. "But he definitely adds his own sound, and that sound is what connects so thoroughly with his audience."

"Jim Peterik first introduced me to Anthony years ago, and I've been wanting to bring him to CST for years. We finally discussed doing an acoustic blues show, and he jumped at the chance," said Braun.

Gomes' latest CD, "....Before The Beginning," is a heavily acoustic album, and the chance to play an acoustic show is something that he said he has wanted to do for some time. His previous album, "Up 2 Zero," garnered global acclaim and put him at the top of global blues charts.

"Anthony mixes straight, traditional blues with a little bit of rock, a little bit of international flavors," according to Braun. "It's definitely a unique sound, and nobody, but nobody, has more passion and works harder than he does. Music flows through his veins."

"This is a rare chance to see one of the finest blues players alive, in a comfortable, intimate setting where Anthony gets to make a connection with the audience. Come to this show - you will come away a changed person. His music is that powerful," Braun said.

More information is available at www.anthonygomes.com.

Opening the show will be local artist Jef Sarver.

"Jef's music and style fits in with One Night Jam perfectly," Braun said. "Another artist with a firm grip on rock history, but with his own voice added."