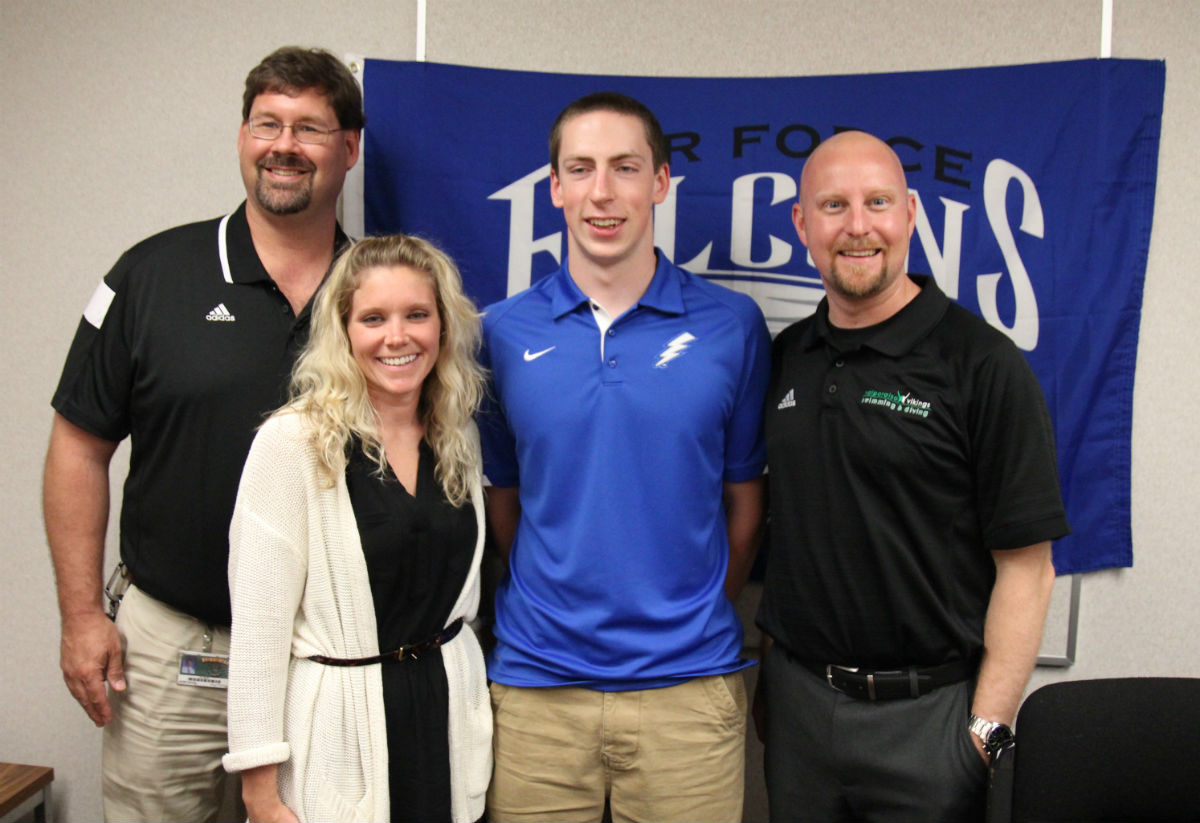 Valparaiso High School swimmer Andrew Antonetti signed a national letter of intent on Wednesday to continue his academic and athletic careers at the Air Force Academy in Colorado Springs, Colorado.

Surrounded by family, friends, coaches and teammates, Antonetti made his signing official at the VHS main office.

“I like the Air Force motto, which emphasizes service before self,” Antonetti said. “I like every part of that and want to serve my country, be a leader and the best person I can be.” 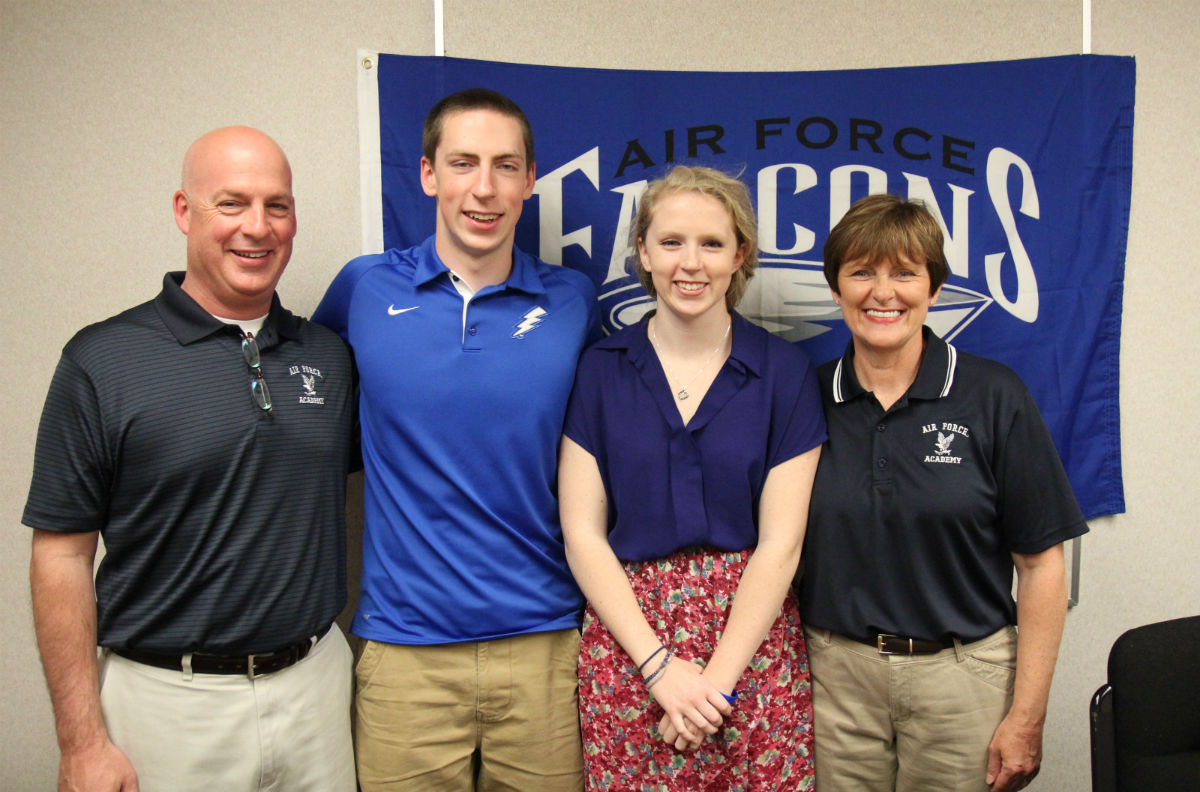 Antonetti said he has been swimming since he was nine years old and has been on the VHS team for three years. Specializing in freestyle and mid-distance events, he was part of a Vikings team that placed second in sectionals and 16th in the state of Indiana in 2014.

“That’s what I am going to miss most - the post-season meets,” he said. “That’s when all our hard work as a team is rewarded.”

He is confident in the ability of his younger VHS teammates to continue the excellence he and other captains laid out for them this past season. 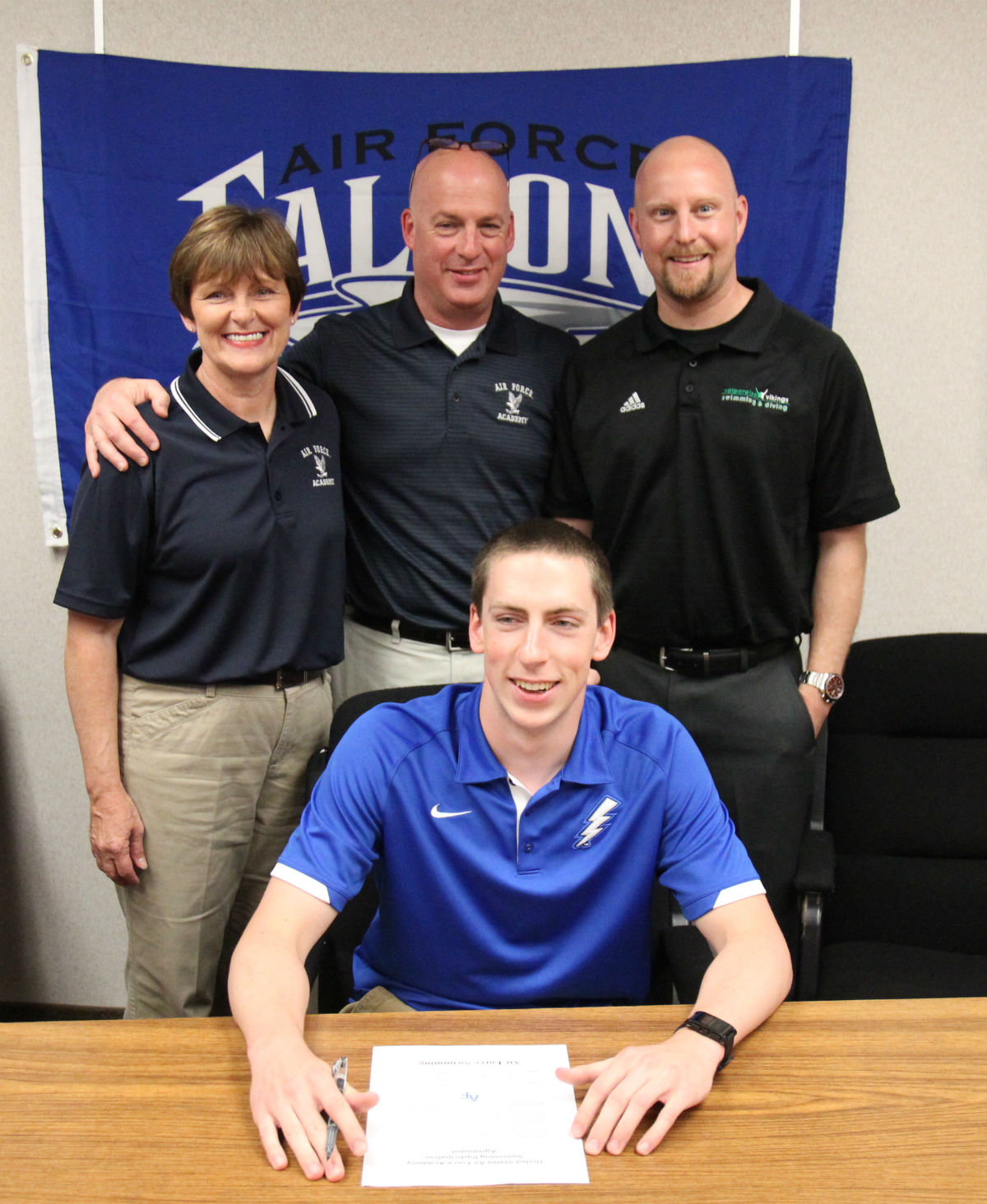 “I’d like to think that we set an example that will make them continue to strive for excellence and get better and better,” he said.

Antonetti has considered joining the armed forces since he was in middle school, being inspired from a book he read for school that emphasized the concept of honor and integrity. He also considered the Naval Academy, Purdue and Valparaiso University before selecting Air Force. Visits to the school in Central Colorado last April and September and taking part in a swim camp last summer placed Air Force as his No. 1 choice.

“This way I will be able to go to college and serve my country,” he said.