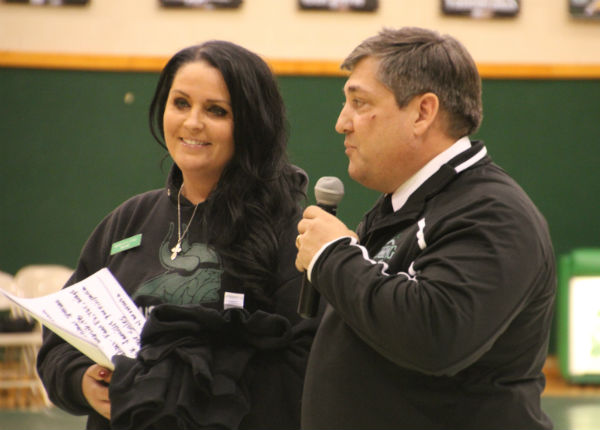 On Wednesday, the Valparaiso High School Vikings Wrestling team faced off against the La Porte Slicers. Even though both teams performed admirably, the thing to note happened before the meet started.

The Valparaiso Wrestling Boosters honored their sponsors right before the matches began. The Boosters main goal was made clear. They want to bring the sport of wrestling to the forefront of people’s minds.

“We began the booster club to raise funds for the wrestling team,” said Jen Noel, the new Team Coordinator. “We want to bring light to this very real sport, and we are able to do that through the help of our sponsors.” 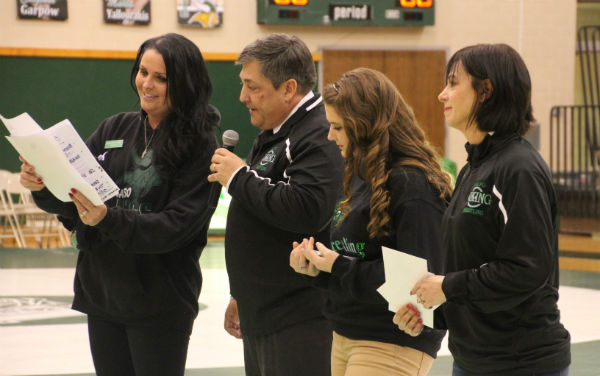 Noel announced each of the club’s many, generous sponsors before the meet. Each sponsor had a chance to come down and be recognized by the team’s fans.

“We’ve been receiving a ton of support from the community,” Noel said. “Family Express and Wings Etc. have already made generous donations to our club.”

There was another special announcement made that night. The new head coach, Mark Line, was introduced. If the introduction didn’t speak well enough to his abilities as a coach, the results of the meet sure did.

Line and his Vikings won the match by a 45-21 final. And even though the Slicers fought valiantly, they were ultimately taken down by the Vikings and the strategy of their new head coach.

If Wednesday night’s meet was any indication of what’s to come, then one thing is certain. Between the tireless efforts of the newly found booster club and the strategy of the new head coach, the Valparaiso Vikings Wrestling team has a bright future.