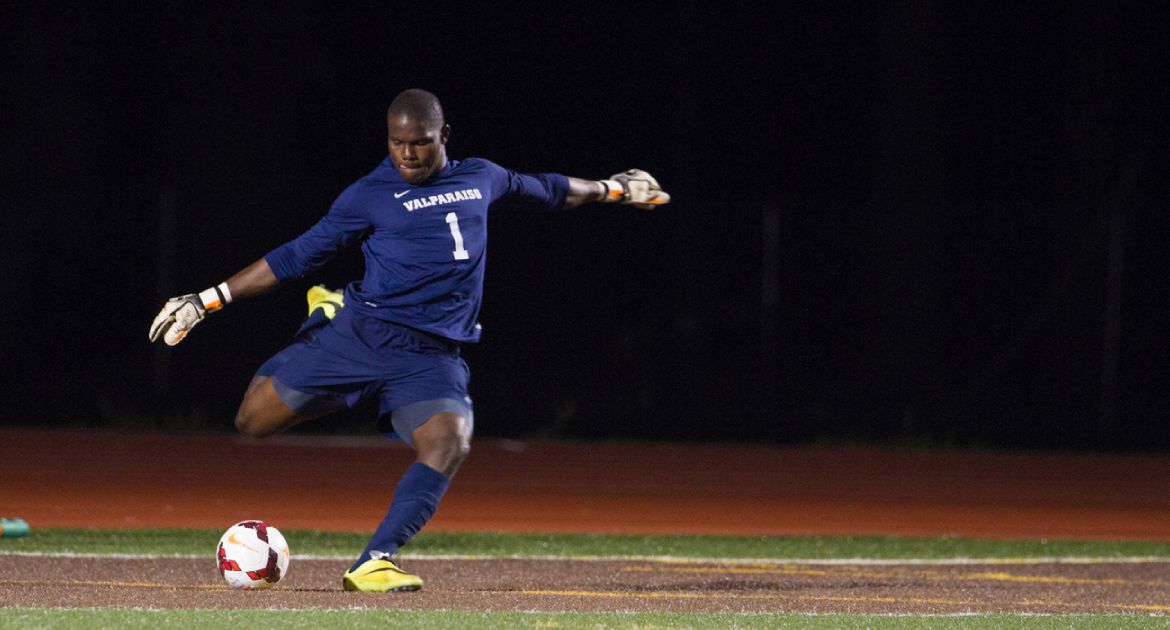 Campbell earned two clean sheet victories over the past week, coming against #18 Western Michigan (2-0) and Horizon League foe Cleveland State (1-0). Campbell made four saves in the road win against Western Michigan, and recorded two against the Vikings to earn his fourth shutout of the 2015 season, including his third consecutive.

Behind Campbell and the stingy Crusader defense, Valparaiso extended its shutout streak to 363 minutes. With the recent clean sheet streak, Campbell has lowered his career GAA to 0.82 - best in Valpo history and fifth in Horizon League history. This is the second time in Nico’s career he has been named to the College Soccer News National Team of the Week, as well as his second Horizon League Defensive Player of the Week award.

Sandbekkhaug scored his first goal of the 2015 season last week, a game-winning effort against Cleveland State. Sandbekkhaug’s goal came in the 72nd minute, an effort from 15 yards out that stood up as the lone goal of the contest. The sophomore, who now has scored four career goals, also added an assist on an insurance goal that clinched the Crusaders’ win earlier in the week over #18 Western Michigan.