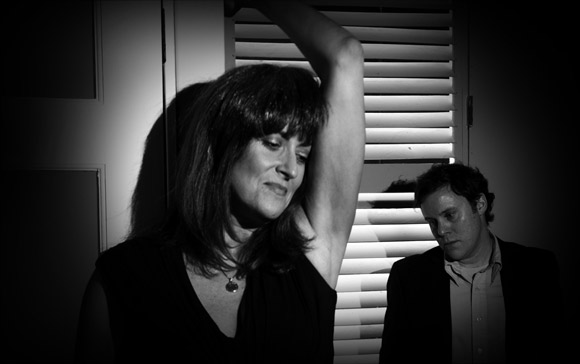 Not many stories define an era as well as The Graduate. The film was released in 1967 to critical acclaim and has been a touchstone of pop culture ever since.

The Graduate received new life in 2000 when it was adapted for the stage by Terry Johnson, and it has made its way to Chicago Street Theatre, 154 W. Chicago Street in Valparaiso. The production opens Friday, April 12, at 8 p.m. and runs through Saturday, April 27.

“I wanted to update a classic, or a theme of the older woman, younger man that has been done to death and breath new life into it,” co-director Mary Bird said.

The Graduate tells the story of Benjamin Braddock, a recent college graduate who returns home with no clear idea of what to do with his life. He becomes involved with the wife of his father’s business partner, the iconic Mrs. Robinson character, but soon finds himself falling for her daughter.

“The whole concept of fulfillment, what makes a good life, is kind of an umbrella theme of the entire show,” said Dean Perrine, who is playing Benjamin. “(Benjamin) is a cerebral, privileged kid, who still doesn’t understand the world and what makes him happy, and so it’s ultimately about him trying to figure out what it is that makes him happy.”

According to Bird, this production will offer a fresh take on the material, adding that the show will offer a unique experience for both audience members who are familiar with the story, and those who are seeing it for the first time.

“There are new scenes that have nothing to do with the movie,” she said. “And there are different nuances. [The adaptor] fleshed more things out.”

An opening night party will take place at Bon Femme Café after the show, offering the chance to mingle with the cast.

About The Graduate
The Graduate brings the inspired movie hit of the Sixties vividly to life on stage. Benjamin Braddock, recent college graduate and prodigal son, returns home and promptly becomes embroiled in an affair with the wife of his father's business partner, one Mrs. Robinson, but soon finds himself falling in love with her daughter, Elaine.