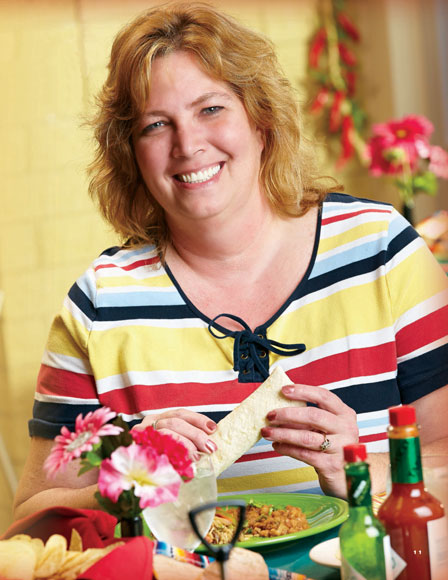 Trudy Rhodes was feeling the heat. For more than 10 years she was plagued with GERD or Gastroesophageal Reflux Disease. Her constant heartburn was so painful she couldn’t even drink water without intense burning. Rhodes had tried it all. She ate rolls of antacids every day; she was on a double dose of Nexium; and she avoided fruits and vegetables because they were too acidic. Still, she was in pain. “I dreaded bedtime. I’d prop up on four or five pillows until I was nearly sitting straight up in bed, but still couldn’t rest because of heartburn. Even if I ate my last meal at 11 a.m., I would wake up choking,” she said. Finally, Rhodes decided she’d had enough.

That’s when she saw Adam Conn, M.D., with Associates in Surgery and learned about Transoral Incisionless Fundoplication or TIF, a new incisionless procedure for GERD sufferers who are dissatisfied with their current treatment regimes.

New Hope with No Incision

“TIF can be an eective treatment for chronic heartburn,” said Dr. Conn. He explains that the new procedure uses a long, flexible tube to gently enter through a patient’s mouth. e tube has a specially designed device on the end and is positioned at the junction of the stomach and the esophagus. Once in position, surgeons reconstruct the valve mechanism that prevents the reflux of stomach content into the esophagus.

“A key benefit of TIF is that it requires no external skin incisions. This reduces complications and side eects of previous types of surgery,” he said. Dr. Conn added that TIF is performed under general anesthesia and usually takes less than an hour to complete. Most people go home the next day and can return to work within a few days following the procedure.

Mexican Food and So Much More

Rhodes echoes Dr. Conn’s sentiments and wishes that she did not wait so long to seek help.

“Dr. Conn made it so simple. I wasn’t worried. I went in with a list of questions, but he had answered them before I even had to ask,” said Rhodes. She scheduled the procedure for the week before anksgiving. “It went so well,” Rhodes said of the procedure. After just one night in the hospital she was home, easing her way into a soft diet, but with no heartburn! “There were no incisions and very little pain – mostly just a sore throat,” she said.

Read the rest of the article here to learn more about GERD.