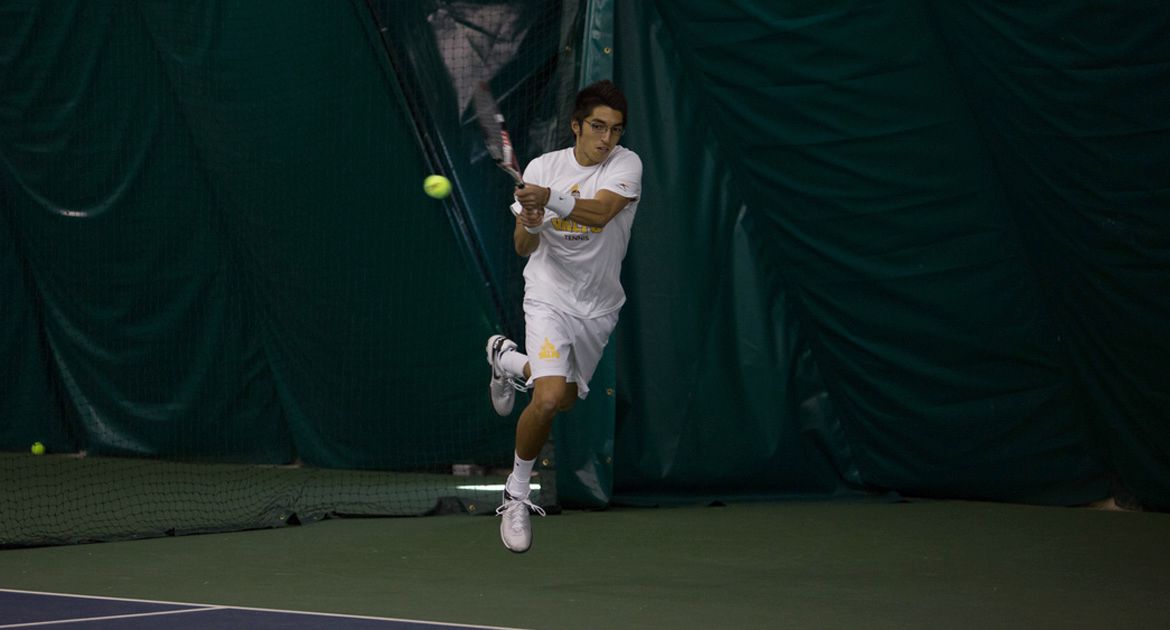 Garrett Gardner (Poland, Ohio/Poland), Jeffrey Schorsch (Perrysburg, Ohio/Perrysburg), and Michael Savaglio (Kenosha, Wis./Mary D. Bradford) all recorded their 20th victories in singles play Wednesday in Orlando, Florida. Valpo defeated Lehigh 4-3 in the morning followed by a 7-0 shutout of the College of Wooster to advance to 15-3 on the season.

"I'm extremely proud of this team. We put our guys through some challenging tests this week and they passed them with no complaints, no excuses. These past few days have undoubtedly made us a better team," head coach Jim Daugherty said.

The Crusaders swept doubles play in their early match versus the Mountain Hawks. Schorsch and Charlie Emhardt (Carmel, Ind./Carmel) defeated Ben Gilman/Jeremy Kochman, 6-2, at the No. 1 spot. Gardner and Lucas Waak (Manitowoc, Wis./Roncalli) subsequently scored a 7-6 (8-6) victory versus Graham Lehman/Jack Petersen at No. 3. No. 2 doubles also went to a tiebreaker before Dave Bacalla (Skokie, Ill./Niles North) and Chase Hamilton (Hinsdale, Ill./Central) emerged as 7-6 (7-2) winners over Ethan Bogard and Mitchell Petersen.

Gardner stopped the bleeding at No. 4, prevailing 6-2, 6-4 versus Mitchell Petersen; thus clinching the match for Valpo.

The Brown and Gold wrapped up their successful trip with a decisive 7-0 win against the College of Wooster.

Waak teamed up with Dunn at No. 1 doubles on a 6-1 dismissal of Jack Buchan/Davis Elkins. Hamilton and Oakes followed with a 6-2 defeat of Villus Sulnis/Jacob Pine at No. 2. Wooster's Titas Bera and Erik Lindberg worked a 6-3 victory over Savaglio and Brian Hickey(Western Springs, Ill./Fenwick), but the Crusaders had already clinched the doubles point.

Valpo collected wins at all six singles spots, with five of those coming in straight sets.

Danny Oakes (Elburn, Ill./Saint Charles North) secured the match for the Brown and Gold with a 6-0, 6-4 victory at No. 6 against Lindberg.

Wooster's Willy Nelson was unable to evade a loss to Hamilton at No. 4. The Crusader freshmen won a 6-3, 6-2 duel to collect his ninth win in the last ten matches.

Valpo (15-3) will have some time off before returning to the Midwest to face Western Michigan in Kalamazoo on Sunday, March 22nd.