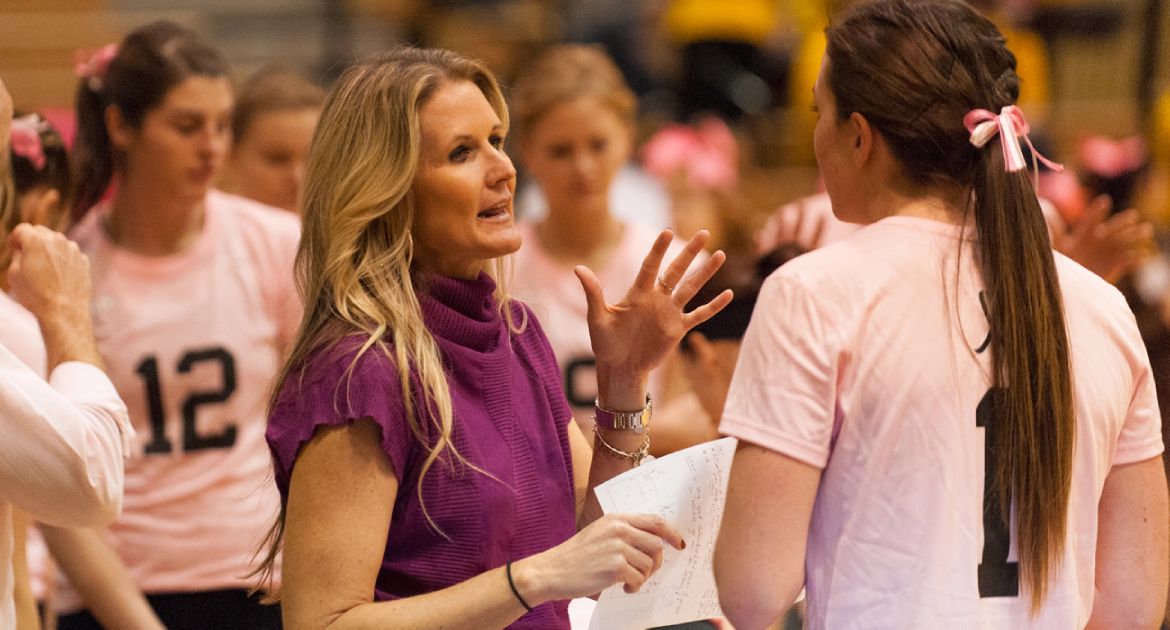 Valparaiso volleyball head coach Carin Avery announced the Crusaders’ schedule for the upcoming 2015 campaign on Tuesday, a slate which features 15 home matches at the ARC – the most home matches in a single season since 2001.

The Crusaders will open the season on Aug. 28 at the Chattanooga Classic, facing the host Mocs that evening. The next day, Valpo will take on Eastern Kentucky and Troy to close out the season-opening tournament. One weekend later, it’s a trip out east for the Crusaders, as they travel to New York City and the campus of St. Francis (N.Y.) for the Terrier Invitational. Matches against Rider and NJIT, as well as the host Terriers, make up that event.

Valpo then returns home to host the Popcorn Classic on Friday, Sept. 11 and Saturday, Sept. 12. The nine-match, five-team event brings Kennesaw State, Elon, Savannah State and Loyola to Valparaiso on the weekend of the city’s annual Popcorn Fest. This marks the eighth time during Avery’s tenure at Valpo that the Crusaders have hosted an in-season tournament, and Valpo has dominated the seven previous tournaments, winning five times and posting an overall record of 21-2.

A mid-week home match against Toledo on Sept. 15 closes out the brief homestand before the Crusaders head to Indiana State for the ISU Classic Sept. 18-19, where they will face Chicago State and Western Illinois as well. Later in the season, Valpo will host non-league matches at home against Chicago State (Oct. 13) and IPFW (Oct. 21)

The Horizon League schedule kicks off for Valpo on Friday, Sept. 25 as the Crusaders play at league newcomer Northern Kentucky, while the first league home match for Valpo comes on Tuesday, Sept. 29 against UIC. The double round-robin league slate runs through Saturday, Nov. 14, when the Crusaders will host Cleveland State in the regular season finale. The Horizon League Championship will be held Nov. 20-22 at the regular season champion, with the tournament champion earning the league’s automatic berth into the 2015 NCAA Tournament.

Valparaiso returns 10 letterwinners, including five starters, from its 2014 squad, which won 25 matches – the program’s 13th consecutive campaign with at least 20 victories.