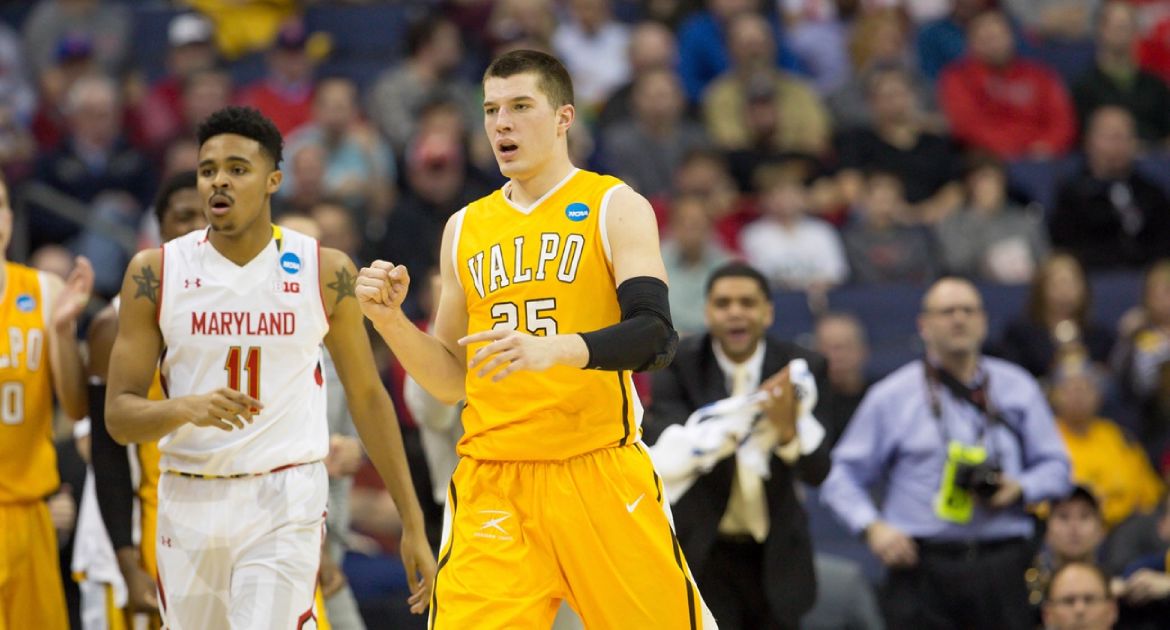 Valparaiso men’s basketball head coach Bryce Drew has been named the National Association of Basketball Coaches (NABC) 2015 Division I District 12 Coach of the Year in a vote of his peers, as announced by the NABC on Friday. In addition, sophomore Alec Peters (Washington, Ill./Washington) garnered a First Team All-District 12 selection – Valpo’s sixth All-District honoree in the last four years.

Drew earned District Coach of the Year honors for the first time after being named Horizon League Coach of the Year for the second time in his four-year tenure. Drew led the Crusaders to a school-record 28 wins over the 2014-15 campaign, earning the program national recognition as Valpo received votes in both top-25 polls. Under his leadership, Valpo claimed its third Horizon League regular season title and second league tournament championship over the last four years, and returned to the NCAA Tournament for the ninth time since 1996.

Meanwhile, Peters took another step forward after a solid freshman campaign, cementing himself as one of the top mid-major underclassmen in the country. Peters paced the Crusaders with 16.8 points and 6.7 rebounds per game in 2014-15, claiming Horizon League Tournament MVP accolades after being named a First Team All-League honoree. The sophomore ranked among the top-20 in the nation in 3-point percentage (46.6%) and sits among the top-10 in the nation in Ken Pomeroy’s Offensive Efficiency metric.