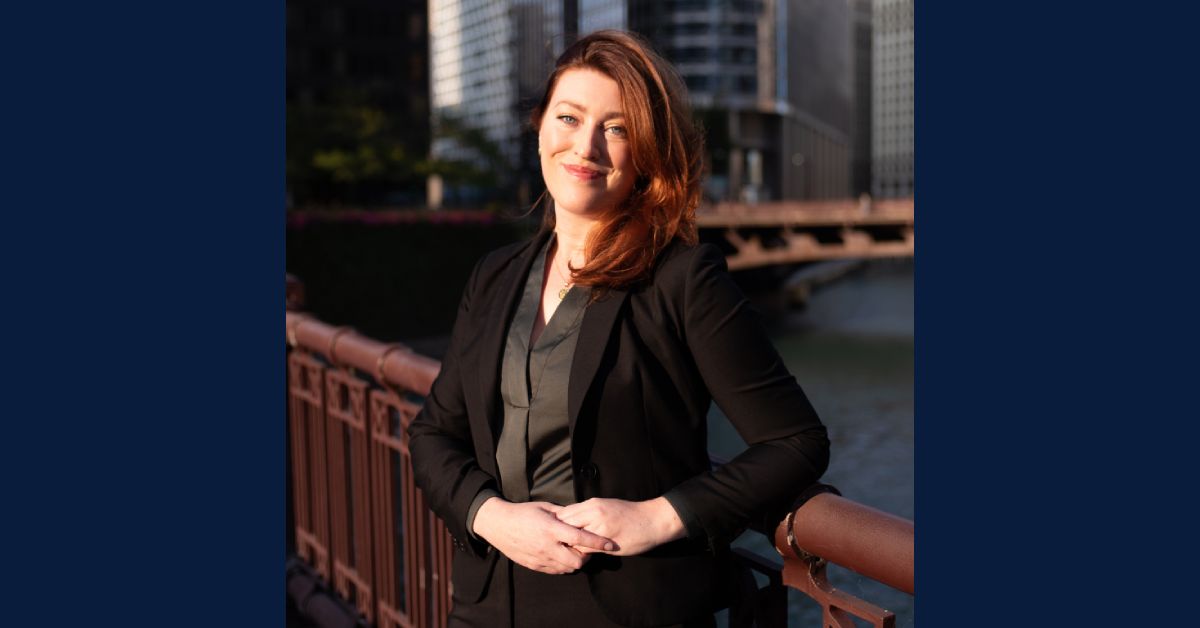 Erin McHugh’s passion for music and the arts has taken her across the Atlantic Ocean and back. Over the years, the administrative coordinator for the Indiana University Northwest School of the Arts has bounced between Houston, London, and Chicagoland.

While McHugh developed a love for music and singing before she could speak, she didn’t start taking her vocal talent seriously until her undergraduate studies as a theatre major. “I was trying to develop my musical theatre voice, and I went to several voice teachers. They all agreed that I should be singing opera,” she said.

Soon enough and with much practice, she was a trained opera singer with a bachelor’s degree in vocal performance. But her journey as an artist, musician, and scholar wasn’t over—in fact, it was just beginning.

In 2010, McHugh was offered a place at London’s Royal College of Music (RCM).

There, she earned her master’s degree in vocal performance and then a doctorate in musicology. “It’s a world-renowned conservatory, and it’s incredibly competitive, so it was a no-brainer. I ended up living [in London] for about nine years,” she said.

While studying at the RCM, McHugh also gained invaluable experience as a museum administrator. She worked at the RCM’s museum, which houses around 20,000 musical objects, to support her doctoral studies. “I got to be involved in running the museum,” McHugh said. “I managed volunteers, I managed a little museum store, I gave tours to the public, and I designed events.”

When the museum was demolished in 2016, she even got to be part of the project that would bring about a new museum. “I was working with contractors, exhibition designers, and lighting designers. I know I was doing something that would allow something amazing to emerge from the rubble.”

But before she could see the completion of the project in person, McHugh’s husband was offered a job opportunity in Chicago. They took a chance, packed up, and moved to the region.

“It sounded like the position at IU Northwest would be involved in developing new programs, and I love doing that sort of thing,” McHugh said. “I can use my creativity to find solutions and problem-solve.” Plus, she learned in her interview that the administrative coordinator would have a hand in developing a music minor. It was a perfect match.

Thanks to McHugh’s efforts and expertise, that music minor is now available. Students can take courses in piano, contemporary music, music history, and musical theatre. “We have quite a few plans for the upcoming academic year—musical workshops, lectures, and concerts,” she said.

McHugh hopes that offering a music minor will attract students already on campus, as well as incoming students looking for musical options in college. She said that music is an incredible means of connecting a community, something central to IU Northwest’s mission.

“Everybody's very committed here on campus to strengthening bonds in the community, and they're aware that we have a covenant in this particular region to do something good for people,” she said.

That “something good” can be as simple as offering performance opportunities and a chance for students to come out of their shells. While McHugh herself tends to be shy, music is her means of expression. “When I'm making music, I'm connected to another person. It's not just being connected to the person playing with you or the audience—you're connected to the composer and you're sharing in this kind of perspective and experience.”

McHugh has seen music education from the point of view of the student and administrator, and from the UK and the US. But what’s always constant is the way the arts help people discover themselves. “They find a unique voice within themselves to say, ‘This is who I am, and this is how I’m going to impact the world.’”

McHugh and the rest of the School of the Arts staff have high hopes that the music minor will help students make their own impact, and find their own unique voice.