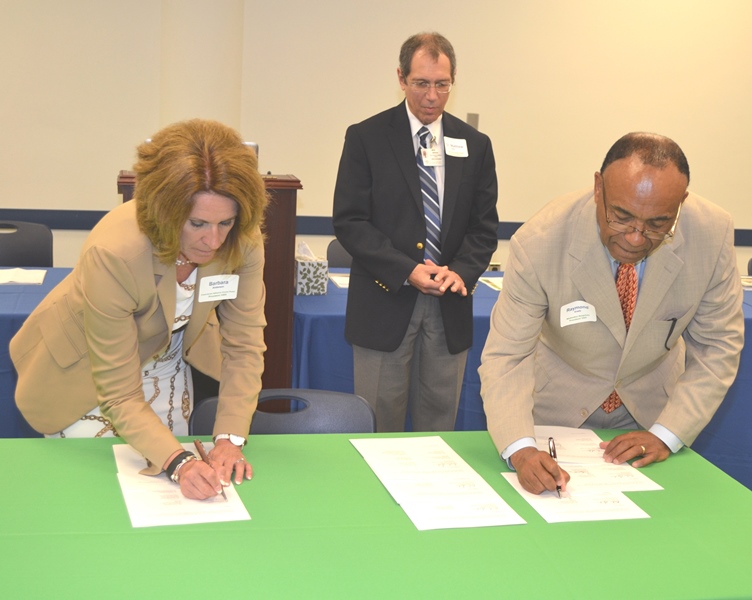 During a program at the Lake County Public Library Merrillville branch on May 31, Barbara Anderson, president and CEO of Franciscan St. Anthony Health-Crown Point, inks an agreement signifying the cooperation of a coalition of Lake County health care providers, among other agencies, in an united effort to promote tobacco use cessation and encourage legislators to pass stricter laws in that regard. Also signing is Raymond Grady, Methodist Hospitals president and CEO. Waiting to sign is Matthew Teolis, DO, acting president and CEO of Franciscan St. Margaret Health and vice president of medical affairs.

Franciscan Alliance is the lead community agency for the 23-member group, whose affiliates also include the Community Healthcare System and a host of area municipalities, education institutions and others. Michael Meska, Franciscan Alliance administrative director of respiratory therapy, hosted the program and read the agreement, while the hospital officials shown likewise told of their support and their hospitals’ efforts to discourage, educate and treat victims of tobacco use. The state Department of Health’s Tobacco Prevention and Cessation Commission approved a $250,000 grant, payable over two years, to spearhead the initiative.