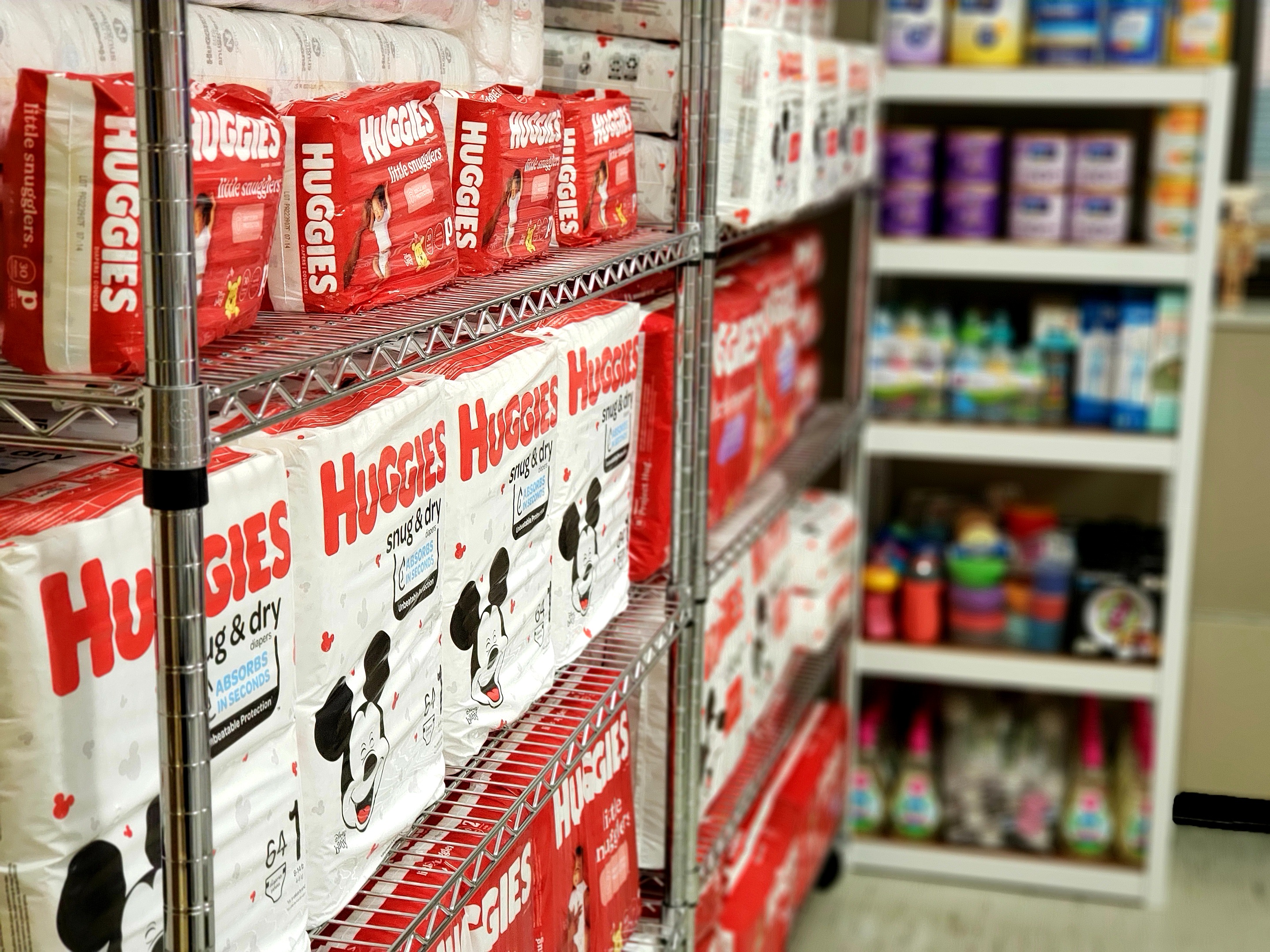 This was the first year the Diaper Drive expanded to include other hospitals across the Franciscan Alliance system. In total, the drive collected 30,758 diapers, enough for nearly 350 families.

One of the drive’s goals was to help relieve the stress and financial strain of the silent crisis of diaper insecurity for families in need during the holiday season.

“Providing clean and dry diapers to the littlest lives in our communities is a true testament to who our employees are and how they serve our ministry,” said Danielle Crowder, Franciscan Health community health improvement director. “I am grateful for their support and honored to serve alongside them.”

“The need is becoming even greater through the increased costs of living within the last year,” Grelecki said.

Nearly one in three families struggles to afford diapers, which can cost more than $1,000 a year. As many as 57% of families with diaper insecurity report missing school or work because they do not have diapers needed to send their children to childcare.

The Diaper Drive is part of Franciscan Health’s larger effort to battle diaper insecurity throughout the region and the state.

Donations to support the diaper pantries and other diaper assistance programs can be made online through the Franciscan Health Foundation's Prenatal Assistance Program – Northern Indiana.

“In fidelity to our mission, your gift plays a vital role in continuing to provide access to care for our communities as well as continuing much-needed outreach services to the most vulnerable,” Grelecki said.

Those interested in receiving diapers through the program can call 1-877-PRE-NATAL to register for the Franciscan Health Prenatal Assistance Program and schedule an appointment.