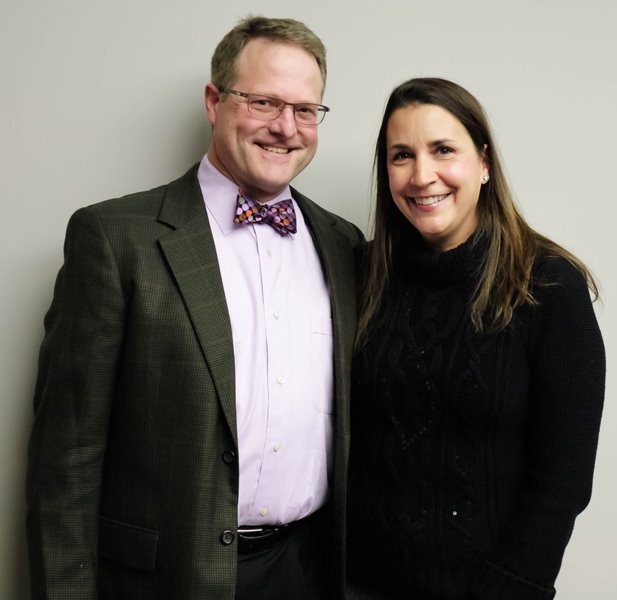 Timothy Wiess, MD, an obstetrics-gynecology specialist who has been in practice since 1995, recently received the annual St. Raphael Award for performance excellence and outstanding teamwork, from the nursing staff at Franciscan Heath Crown Point. Raphael is a patron saint of physicians and nurses. The hospital’s Performance Improvement Council-Shared Decision-Making presents the award, based on the number of nominations nurses submit.

Dr. Wiess, of Munster, who has been with the hospital since 2006, said he was surprised and honored to learn of the news. “I had no idea I had been nominated or chosen, until I was informed one day by the administration.” Nurses saluted his cooperation and attitude. Dr. Wiess said he became a physician because, “I like interacting with people. I chose this field because it provides the opportunity to interact with mostly healthy individuals. I get to practice medicine and surgery and deliver babies.

It is never boring.” Asked his philosophy of patient care, Dr. Wiess replied, “I believe in doing what is appropriate in a caring manner.” He is shown with wife Amy after the presentation that took place in the crowded hospital atrium.