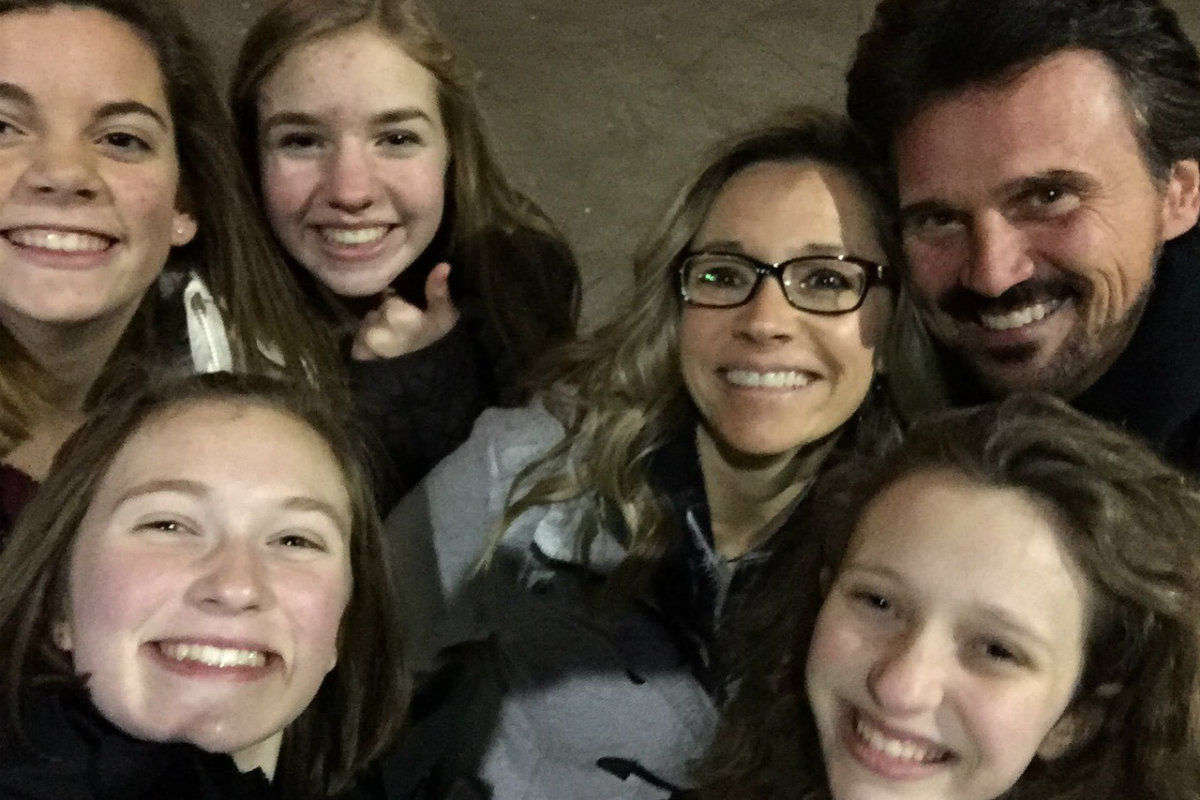 On Saturday night, November 11th, Isabel Blaney of Valparaiso and three of her friends had a sleepover and decided to go downtown and grab a snack in Valparaiso.

It was then that the four teenage girls, Blaney, Maisy Fry, Anna Fry and Ruthie Marfoe, went to pass some time at Central Park. Inspired by the park’s outdoor amphitheater, the four friends took the stage and performed a couple of songs for fun. When the group was singing Bruno Mars’s “Grenade” at the top of their lungs, a couple approached them on stage.

“We stopped singing, thinking that they were annoyed by our screaming. But to my surprise they were interested in our singing and asked us to perform more,” Blaney said. “We then sang an old Taylor Swift song and had a lot of fun singing it.” 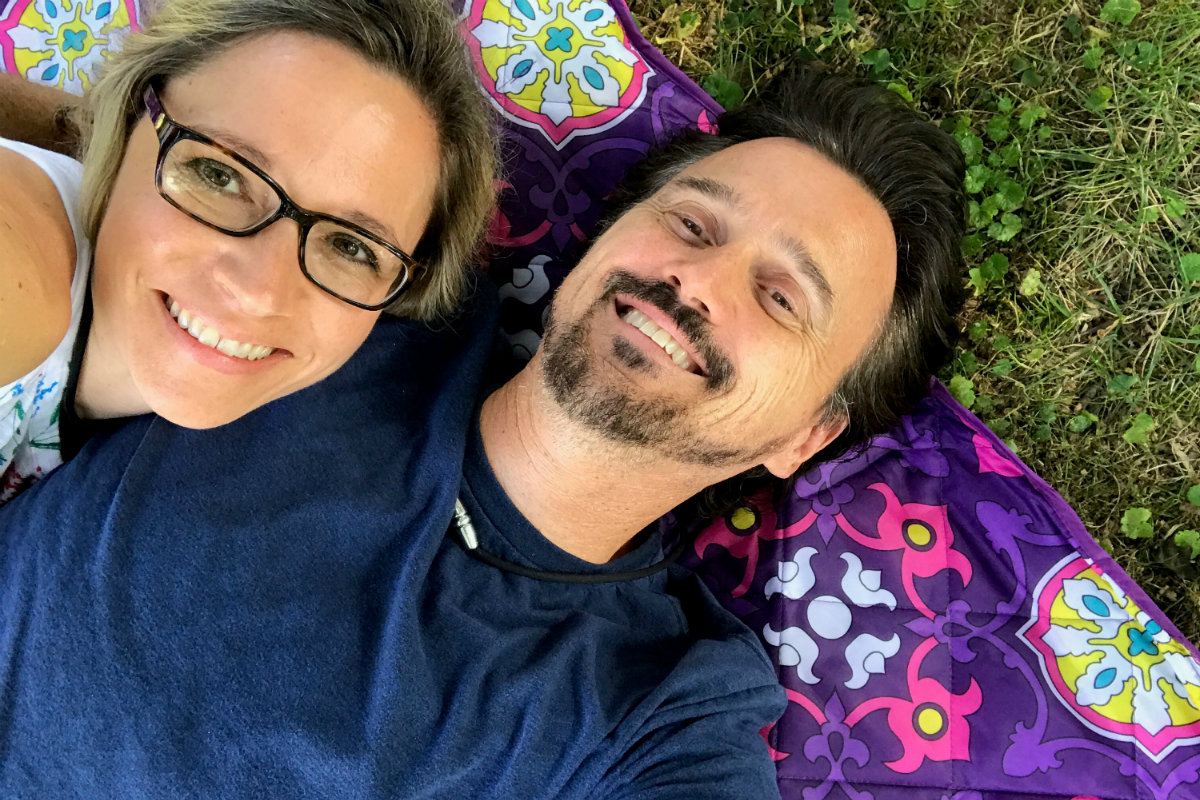 When the girls finished their impromptu concert, the man in the couple, Robert Novak, asked if they knew any love songs. The group huddled together and agreed to perform “Can’t Help Falling in Love” by Elvis.

Suddenly when Novak, of Valparaiso, turned to his girlfriend, Melanie Smith, the girls took notice.

“I nudged Anna and she pulled out her phone and started videotaping,” Blaney said. “We were all singing our song and watching them talk, when Robert got down on one knee and proposed to Melanie! She said yes and we all freaked out! We took pictures with them and formally introduced ourselves. It was truly a shocking and happy experience that I am very glad I got to be a part of.”

Melanie Smith, of Kendalville, Ind., said she was in shock at first when it happened.

“When he turned to me, in mind I was thinking, ‘He's going to ask me to dance,’” Smith said. “It wasn’t expected at all, we hadn’t been ring shopping or anything. Then the girls started singing, and he got down on one knee. And of course, I said yes!” 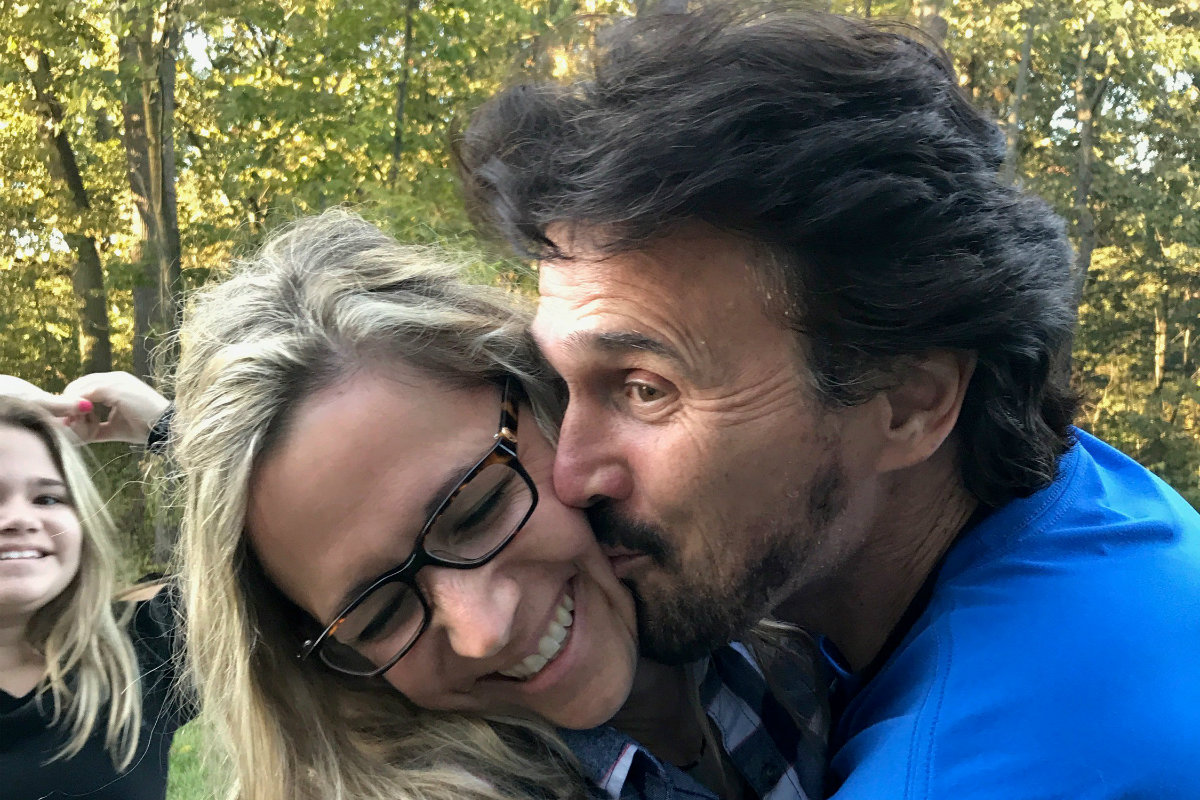 The couple had started dating in August after they met by chance at a Mind, Body and Spirit Expo in Fort Wayne, and Smith began to quickly realize that Novak was “her person,” her best friend and now soon-to-be husband.

“It was perfect, I feel like all along our relationship has been divinely guided,” Smith said. “That night on November 11th, the divine said this’ll be perfect, and we are going to give your four angels to sing to you while you do it. It’s been nothing but magical with Robert.”

Novak had planned the engagement ever since he got inspired during a meditation at the end of October, where November 11th popped in his mind as a sign to pop the big question to Smith.

“It’s been quite the magical ride,” Novak said. “That’s what is so dynamic about what transpired with the girls singing for us, they were only there for a few minutes. And of course in their pick of song, there’s lyrics about only fools rushing in love.”

Even more fortuitous, Novak had very recently purchased a home in Heritage Valley in Valparaiso, which has become the couple’s together home.

“Now I get to share all of this with someone,” Novak said. “For me, I’ve been looking for my missing piece, and Mel is that for me.”

The couple plans to fly to Denver, Co., to get married on January 6th by a friend of Novak’s.