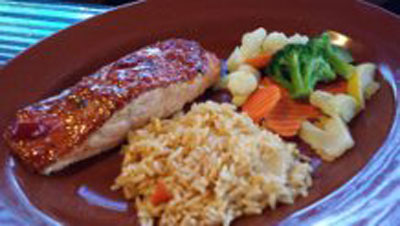 Pan-seared, Atlantic salmon topped with a sweet chili glaze. Served with IR rice and vegetable of the day. 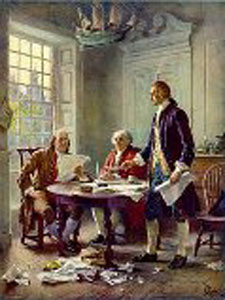 "We hold these truths to be self-evident that all men are created equal, that they are endowed by their Creator with certain unalienable rights, that among these are Life, Liberty, and the pursuit of Happiness."

The Declaration of Independence was a statement adopted by the Continental Congress on July 4, 1976, which announced that the thirteen American colonies, then at war with Great Britain, regarded themselves as independent states, and no longer a part of the British Empire. The original document was drafted by Thomas Jefferson and was final edited and approved by Congress.