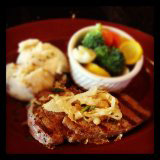 Noah Webster Jr. was an American lexicographer, textbook pioneer, English spelling reformer, political writer, editor, and prolific author. He has been called the "Father of American Scholarship and Education." His blue-backed speller books taught five generations of American children how to spell and read. His original dictionary was first published in 1828 as An American Dictionary of the English Language. His works have been referenced by most Americans and the name Webster has since been synonymous with the word dictionary