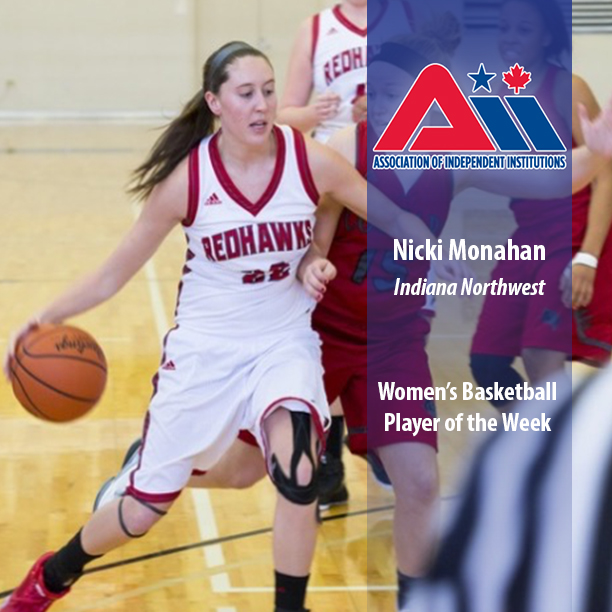 The Association of Independent Institutions (A.I.I.) announced the first basketball player of the week honors on Monday for the 2016-17 season. Indiana Northwest's Nicki Monahan and Northern New Mexico's Jeffrey Long picked up the season's first honors.

Monahan, a senior guard from Portage, Ind., led the #21 Red Hawks to back to back wins including a 74-59 victory over #23 Madonna on Saturday night. Monahan averaged 21 points per game and six rebounds per contest in IUN's two victories.