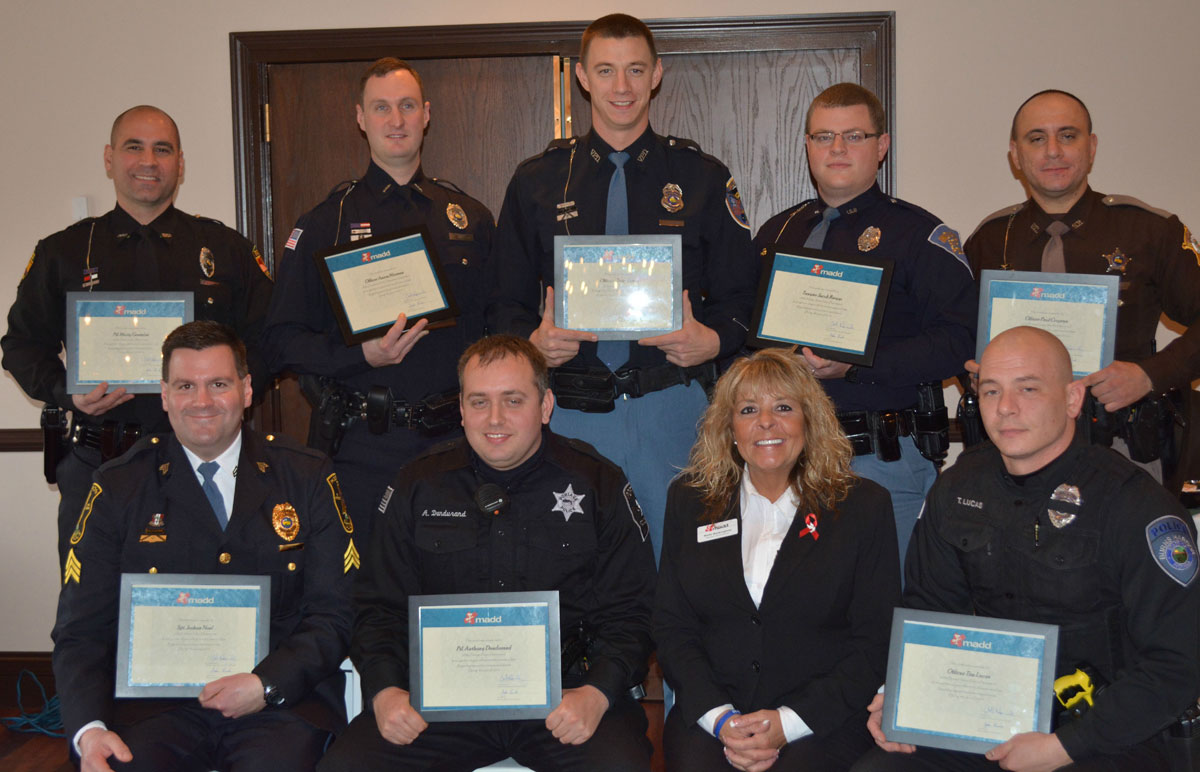 Members of the Drunk Driving Task Force are thankful to the officers, the Porter County Judges, and Adult Probation for their help in keeping the roads safe. Many stakeholders in Porter County are helping to reduce drunken driving.

This awards ceremony coincides with the National Impaired Driving Prevention Month. The holidays are an especially vulnerable time of year for drivers. The National Highway Transportation Safety Administration reports that in 2013 there were 10,076 people who died in crashes involving a drunk driver – someone died every 52 minutes.