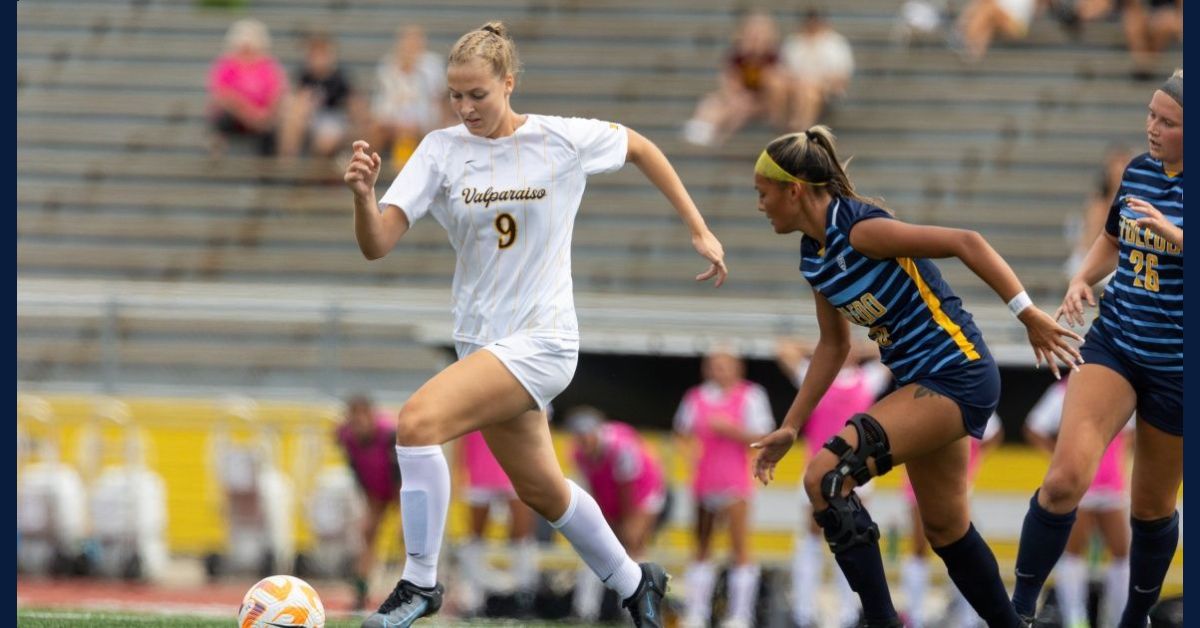 Valpo junior Kelsie James (Carmel, Ind./Carmel) has been recognized as a Player to Watch entering the 2022 soccer campaign by United Soccer Coaches, as the organization released its list of forwards on Tuesday.

The Beacons’ most prolific attacker and one of the best in the Midwest, James led the Missouri Valley Conference last year with nine goals — becoming the first player in Valpo history to pace their conference in goals in a season. She also tied for the MVC best with 22 points, ranking sixth in a single season in program history in points and seventh in goals. A First Team All-MVC and Second Team All-Region selection, James stepped up her game in conference-only action, pacing all MVC players in both goals (5) and match-winning goals (3).

James is the second Valpo player to earn notice as a Player to Watch entering the season, as senior Kiley Dugan previously earned recognition. The preseason Players to Watch lists are being released for the first time this season by the Division I All-America Committees to promote college soccer leading up to the official start date for the regular season later this month. The lists include United Soccer Coaches All-Americans and first or second team All-Region players from 2021 who are scheduled to return for the 2022 season.

James, Dugan and the rest of the Beacons kick off the regular season Thursday afternoon at Eastern Illinois.