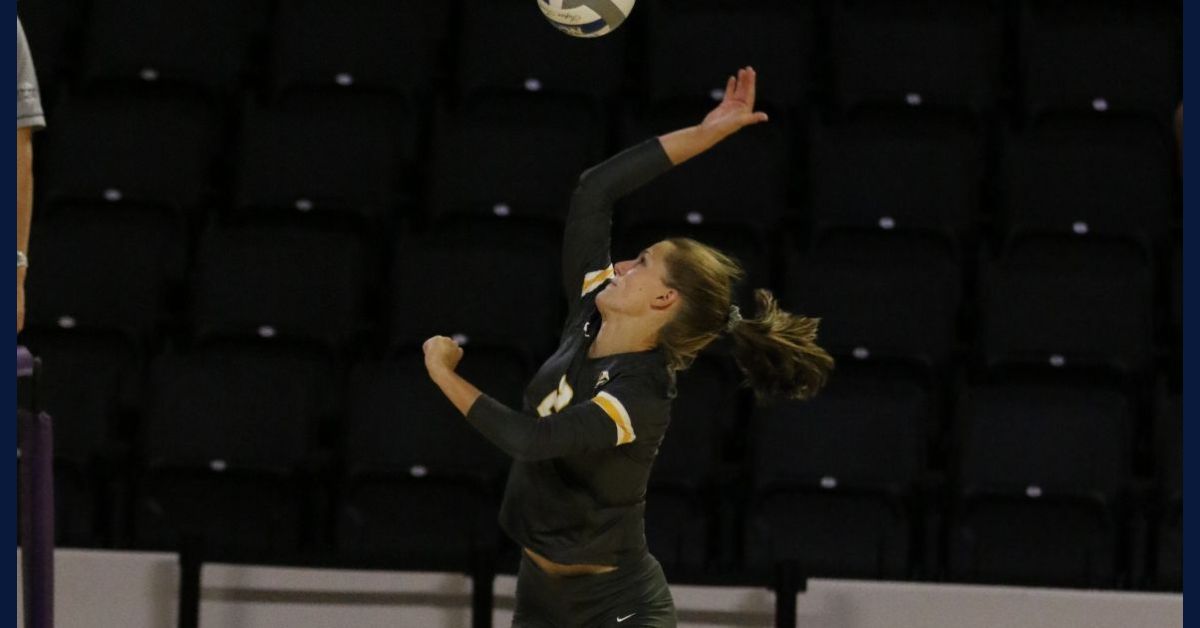 Kuckkan saw action in just one set in the first match and a half of the tournament, but completely dominated the second half of Valpo’s tournament run. She came on late in the third set of the Beacons’ five-set win over Campbell and posted 11 kills on just 18 swings, hitting .500. Kuckkan delivered seven kills in the fourth set to help Valpo force the decisive fifth frame and came up with a key service ace as part of a service run in the fifth set.

That was just a precursor for what Kuckkan came up with on Saturday in the tournament finale against Northern Illinois. The senior posted an amazing stat line for an outside hitter on the attack, needing just 47 swings to rack up 25 kills — easily a career best by eight — and hitting .489. The 25 kills are fourth-most in program history in a four-set match in the 25-point era and have been surpassed only by Valpo Athletics Hall of Famer Angie Porché. Kuckkan also notched 15 digs, tripling her previous high in her time at Valpo and posting her first double-double as a Beacon. Kuckkan was part of three blocks as well.

Valpo’s pair of right side hitters were both instrumental in the tournament title as well, each finishing with double-digit kills in two of the three matches. Boyer picked up 12 kills against SIUE, tallied eight kills against Campbell and finished the weekend by hitting .407 with 12 kills in the win over Northern Illinois. She hit .301 with 2.46 kills/set over the three matches.

Cooper opened the weekend with 10 kills on .421 hitting in the win over SIUE and followed Friday night by tying her career best with six blocks to go with 11 kills against Campbell. The senior, who closed the tournament with eight kills and four blocks versus Northern Illinois, hit .294 with 2.23 kills/set and 0.92 blocks/set over the three victories.

For Kuckkan, it was the third All-Tournament Team of her collegiate career and her first MVP honors. Both Boyer and Cooper earned All-Tournament accolades for the first time in their respective careers. Notably, Valpo has won two tournament championships on consecutive weekends to open the season and has had six different players honored over the two weekends.