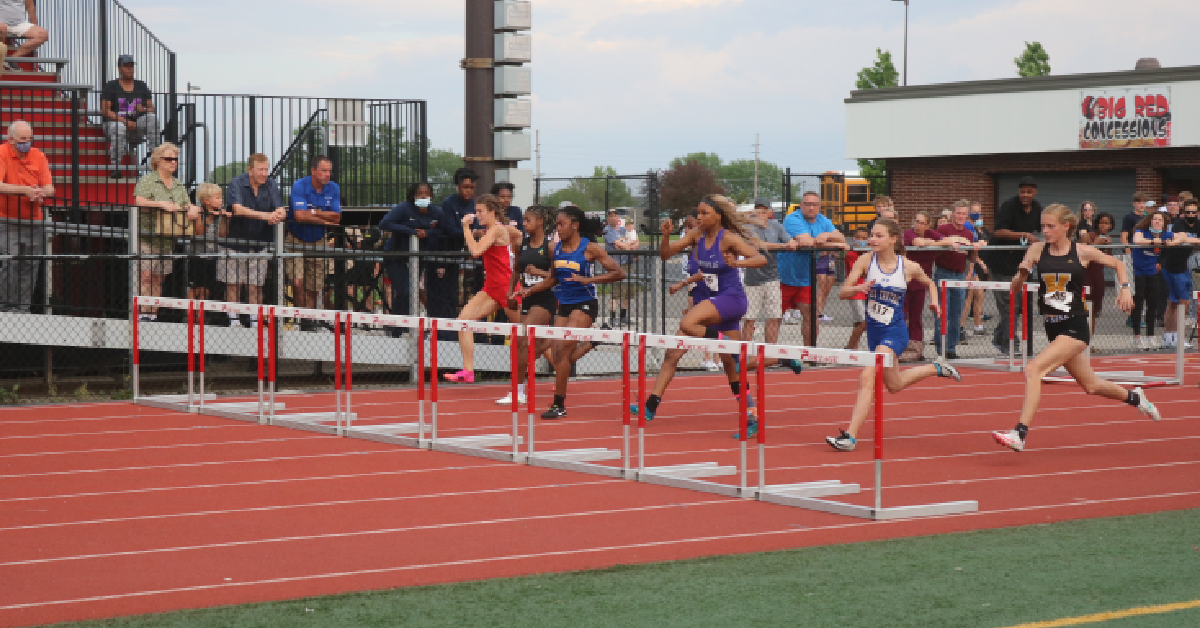 Portage High School hosted the girls track and field regionals Tuesday evening, and the competition didn't let up even after almost all the events were completed.

The night was filled with a few upsets, a few personal records and some thrilling moments such as Riley Stanley, a senior from Valparaiso, finishing the night as the lone competitor while she tried to top her highest vault.

Others who brought their best to the field included Camryn Dunn, a junior from Chesterton High School, who won first place in the 100-meter dash. Dunn beat Lake Central High School Senior Melissa Fritz, who was seated first in the race.

Dunn said she had something to prove to herself during the race. She went to state her freshman year and placed in the middle of the pack. This year she wanted more.

"I wanted to prove everything that I worked for," Dunn said. "I knew that I could probably place first. I went out and did my best to place as high as I could."

"Today was just my day to go all out," Dunn said. "I'm really happy and I feel this is my year to go all out and have fun with it."

Dunn said her goal is to earn a medal at state.

Valparaiso High School Junior Kaylie Politza also had a great night by earning first in the 800-meter dash. Politza beat a regional record set in 2003 by less than 2 seconds. The regional record was 2:14.53. Politza finished the race at 2:12.85.

"I focused on the third 200 meters because that's where I tend to have the most trouble in terms of how my legs are feeling. I focused on staying loose on the last part of the race," she said. "I was testing out how I feel before state and seeing what I need to improve on."

Politza earned a place at state her freshman year. This year she is not only attending state individually but also with the Valparaiso 4x800 meter relay team that took second place. The team was made up of Politza, sophomore Cheyanne Stock, freshman Brooke Byvoets and freshman Angela Coulopoulos.

"The team has worked really hard and I am really happy for the team," Politza said.

"Coming into the meet, I try to have a positive mindset. If I think I'm going to do good then I will do good," said LaTreaure, whose longest jump of the night was 18.5 feet. "I really wanted to get in the 20s today but it didn't happen and that's OK."

When LaTreasure went to State her sophomore year, she earned a second. She is hoping for a first this year.

Essence, who is a junior, jumped 5.5 feet. She said the weather was in her favor and it went well.

"I just did what I knew what to do," Essence said. "I'm really excited. I want to place at state."

Her personal record is 5.5 feet, but she did attempt to jump 5.6 feet during the event.