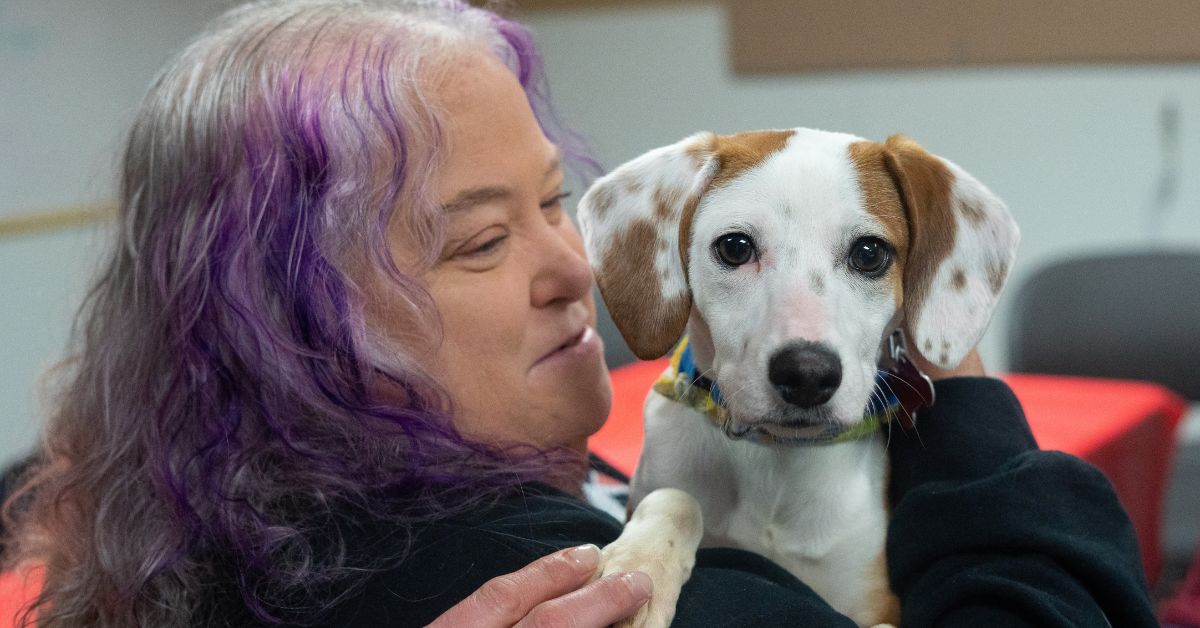 It was all paws on deck on Thursday, January 5 as volunteers, board members, employees, and of course, a couple of four-legged friends, gathered together to celebrate their hard work over the year at Lakeshore PAWS.

Lakeshore PAWS was established in April 2011. The organization began as a foster home system but quickly became a much larger entity. The shelter has operated out of its warehouse on Evans Avenue for six years, and its facilities are filled to the brim with equipment, toys, and pups year-round.

The shelter is mostly operated by volunteers, who generously donate their time to cleaning pens, walking dogs, and other tasks.

“All of the volunteers take a skill that they have or something that they're good at, and they use it to help the rescue. Everybody does their own thing. Somebody might be good at cleaning, somebody else might be good at working with the dogs, everybody just comes together for one purpose and one goal,” Founder and Board President Jeanne Sommer said.

Whether they’re walking dogs or helping them find their forever homes, many volunteers seem to enjoy the work as much as the dogs enjoy their companionship.

“My husband passed away in 2013, and I needed to find something to do with myself. So that's why I decided to start volunteering, because I love dogs, and that's a great outlet. I didn't know I was gonna get quite as involved as I am,” Volunteer Emily Johnson said.

Every dog comes to the shelter with different needs. Jerry, a two-year-old hound mix, came in extremely malnourished. He’s currently eating four meals a day but has been on a fast track to recovery in the hands of Lakeshore PAWS. Aspen, a rottweiler mix, was given to the shelter because she had issues with the other cats and dogs that she was living with. While she sometimes needs a little extra love, Aspen couldn’t be more perfect for the right family.

No matter the condition or attitude of the pets that come in, the crew at Lakeshore PAWS does their best to improve the lives of each and every pet.

“We have a dog that just came in yesterday that you could see clearly has been just penned up his whole life. His feet had been sitting in his own urine and everything, and yet he has unconditional love. He never learned how to sit, and he doesn't know any commands, he had no time spent with him, but he’s still so loving and so thankful. That’s definitely the best part,” Sommer said.

Though the work is incredibly fulfilling, it can be exhausting seeing the constant flow of pets in need of a forever home. The work is never done, and individuals who frequent the shelter work tirelessly to express the importance of spaying and neutering their pets, and spread the word about the “adopt, don’t shop” mentality.

“Every time we turn around, there's another homeless dog. If people would just neuter their pets, we wouldn't have to worry about it as much,” Sommer said.

Even at a holiday party celebrating the people who make the organization run, the pets in attendance were still the center of attention. Throughout the party, many pets were brought out of their pens and spent the evening roaming from person to person looking for treats and attention.

As attendees enjoyed appetizers, desserts, and drinks, they also enjoyed sharing life stories and exchanging tales from their favorite dogs that had come through the shelter. Even during the party, however, volunteers were brainstorming creative ways to fundraise for future projects for the shelter.

Lakeshore PAWS is always in need of supplies and volunteers, and the community fostered amongst the team has created lasting connections. The team encourages people to get involved in whatever way possible, whether through donation, volunteering, or fostering dogs.

“If anyone wants to adopt or foster a dog even just for a weekend, Lakeshore Paws provides the food, bedding, and medical treatments,” Emily Johnson said. “We can always use volunteers to walk dogs here, or to come to events and bring dogs; We can always use more volunteers.”