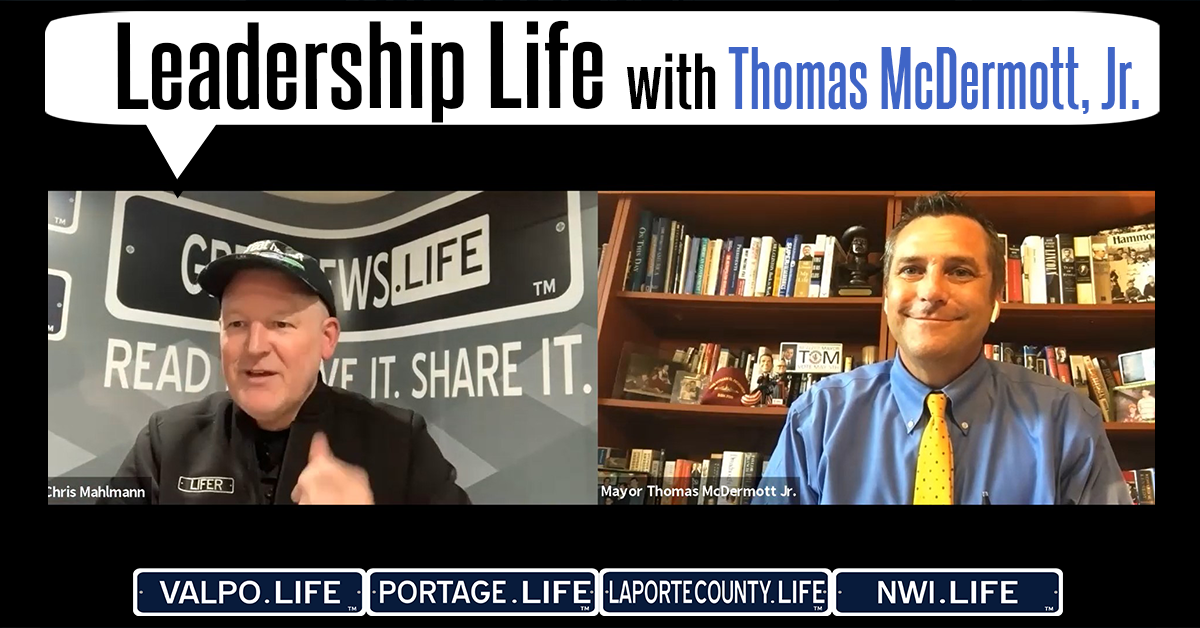 Sixteen years into his fifth term as Mayor of the City of Hammond, Ind., Thomas McDermott, Jr., faces leading his city while viral pandemic spreads across the world, landing here in Northwest Indiana as well. To meet that challenge, he's pulled from his leadership inspirations – the likes of his father, sports figures, and other world-famous leaders – but mostly rallied his strong city teams to support the community with transparent and current communication and unyielding optimism. McDermott is Hammond’s longest-serving mayor. He is a 6-year Navy veteran, has a degree in finance from Purdue University Northwest, and holds a law degree from the University of Notre Dame. Before entering public service he operated a law practice. After being elected Mayor of Hammond, he became well-known as a fierce fighter for Hammond progress, having started the nationally-recognized College Bound Scholarship Program and created the massive Wolf Lake Pavilion as a top-rate concert and gathering venue. He and his wife Marissa have four children.

Tom McDermott, Jr., can point to those who have inspired him as a leader - literally. Their books and figurines line his library shelves as a constant reminder of the strong-willed, scrappy, smart, wise, controversial, and otherwise greats who came before him. Here he talks about those people and the traits that shaped him as he plows through is 16th year as Mayor of the City of Hammond.

There's no hard and fast rule book for when a worldwide pandemic hits unexpectedly, but as Hammond's Mayor, Tom McDermott, Jr., has relied on what he knows best - how to communicate transparently, often, and well. Hear about his and his team's thoughtful approaches to staying connected with the community to provide education, reassurance, and facts in a time of crisis.

Tom McDermott, Jr., said Northwest Indiana has some tremendous mayors, and he's proud to call them colleagues - especially during a pandemic. Gain insight on how he and the Region's mayors have cooperated during this time, and also learn what has impressed Tom when it comes to his community coming together to help and support each other.