Here at ValpoLife, we generally like to stay out of controversial or political topics. 99 times out of 100, you're going to anger someone, even if no there is no ill-intention.

Well, I'm going to go on a little soapbox here about net neutrality and just hope I get that one out of 100 topics where no one writes me an angry email.

In short, if net neutrality laws weren't in place, internet service providers like Comcast (and I'm using them as an arbitrary example) could prioritize what content was delivered. So, if by chance Comcast had a deal in place with say, MTV, that said "anyone who downloads The Hills should get first priority over bandwidth". Eventually, (and I know this is a bit of a slippery slope argument) it would create a two-tier internet environment where paid content would go super-fast and free content (which is some of the best and most creative content), would be a second class citizen. We like net neutrality. It's good stuff.

So, since I am not linking to anything about The Hills, net neutrality is helping me present to you, The Links of the Week:

I just picked up the new Bill Simmons book, The Book of Basketball. It is 700 pages, extremely well written, and I may just do nothing this weekend but plow through it. Here is an excerpt on why Patrick Ewing is the 39th Greatest Player of All-Time. 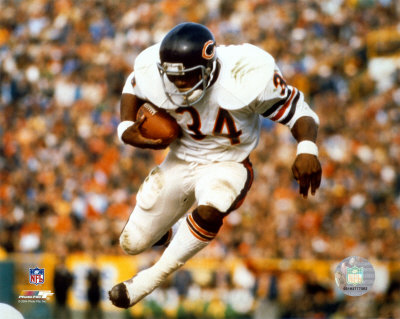 Here is a piece in FanHouse about Walter Payton, as the Sweetness passed away a decade ago on Sunday. Great read.

USA Today columnist Charles Raasch breaking down the idea that, if you have a Facebook page, Twitter account, blog, etc., then you are considered part of the media. Not necessarily the "news media" as he puts it, but the media. In other breaking news, the sky is blue, and New Years Eve this year will be on December 31st.

Since we all like lists, here's the Huffington Post's list of the 9 Studpidest Surprise Endings Imaginable. I'll let you take that for what it's worth, considering "stupidest" isn't the proper usage of the word.

Apparently some explorer about a century ago buried a case of whiskey underneath 18 inches of Antarctic snow and ice and never was able to retrieve it. Now, someone is sending some high-powered equipment down to the Antarctic to dig it out.  For some reason, I can see an obscenely rich guy wearing a monocle saying "I must have a bottle!"

This week's hardest-hit goes to... track & field? Side note: Tell me you aren't saying "NOOOOOO! WWWAAATTCCHHH OUUUTTTTT!!!!" while this is happening.

You know you are still young at heart if you find this clip funny.

I've been pulling a Favre on deciding whether or not I want to come back to Fox' '24' this season. I took last Season Seven off after the terrible, horrible, no-good, very-bad acting from "Wayne Palmer" in Season Six. Killed the show for me, actually. Well, here is the trailer for Season Eight.

ESPN's 30 for 30 documentary series has been excellent so far. I couldn't be happier with the fact that ESPN is using its resources wisely, hiring some of the best directors to go after some of the best untold stories in the past 30 years of sports. Here is an interview with Albert Maysles in Vanity Fair about the most recent documentary about the Muhammad Ali - Larry Holmes fight.

And on your way out, the Flight of the Conchords: