Visitors can learn about soldiers’ lives during Civil War 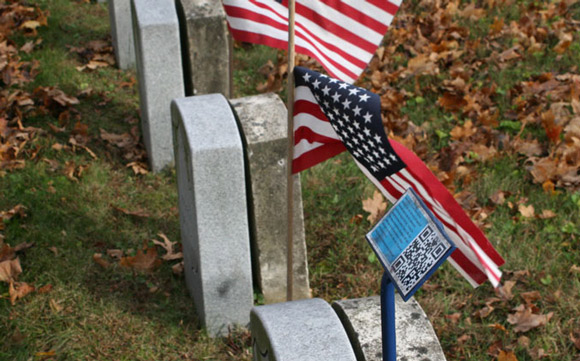 The South Shore Civil War Memorial Trail’s exhibit, “Region United, Nation Divided: Following Lincoln,” will feature living history demonstrations on March 22-23, April 12-13 and April 26-27. Re-enactors from the 20th Indiana Infantry Company B will be present for the demonstrations at the Indiana Welcome Center from 8:00 a.m. to 5:00 p.m.

During the demonstrations, re-enactors will discuss a soldier’s life during the Civil War and life at an encampment, share knowledge of the loading and firing of Civil War-era weapons as well as answer questions.

In addition to the living history demonstrations, visitors may view the film “Saving Lincoln” in the In-Vision Theater beginning at 1:00 p.m. “Saving Lincoln” is based on the true story of Abraham Lincoln and his close friend, Ward Hill Lamon, who was Lincoln’s self-appointed bodyguard following the first assassination attempt on Lincoln’s life. The film runs 101 minutes and is free to watch.

The exhibit, which runs through April 30, features hundreds of photographs, artifacts and reproductions of Northwest Indiana regiment battle flags. Additionally, there is a reproduction of Lincoln’s funeral train and map as well as the Indiana Historical Society’s traveling exhibit, The Faces of Lincoln.

The South Shore Civil War Memorial Trail is a collection of the last known resting places, monuments, architectural icons and sites with Civil War ties that are related to the brave men and women from the region who sacrificed during the most pivotal period in our nation’s history. The trail serves as a guide for visitors who wish to pay their respects to the veterans and learn the stories of their humanity and sacrifice during and after the war.

The Indiana Welcome Center is open seven days a week from 8:00 a.m. to 5:00 p.m. and is located at 7770 Corinne Drive, Hammond, Indiana 46323. For more information on the exhibit or the South Shore Civil War Memorial Trail, visit www.southshorecva.com/civilwartrail.