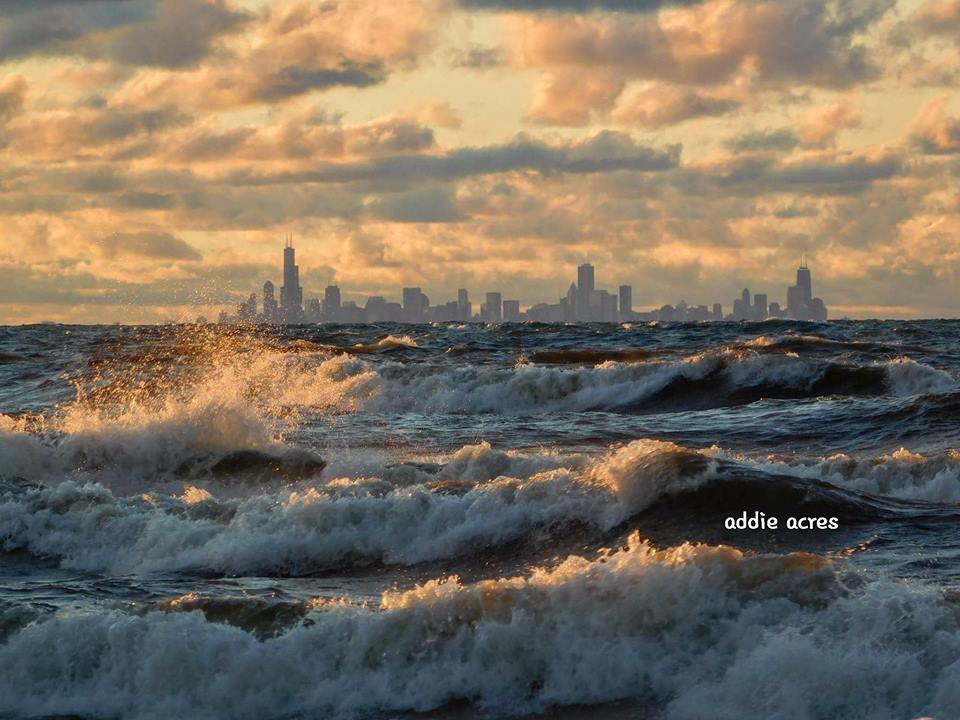 Local photographer Nancy Addie is bringing her art and community to an international spotlight with a stunning entry into a Weather Channel photo contest. Her photo of the Chicago skyline is in the top 5 among thousands of contestants.

The contest, created by the Weather Channel and sponsored by TWC Product and Technology, is called “It’s Amazing Out There.” Pictures must be creative examples of nature, adventure, or weather. The winner receives $15,000 for their contribution, second place earns $5,000, and third place will get $2,000.

Addie entered on a whim when a friend forwarded the contest link.

She got into photography as a way to counteract the negativity she saw on social media. Addie’s pictures have brightened the moods of her neighbors, been featured on local news channels, and earned her a place as a weather watcher for CBS 2. Still, she did not expect the response her contest entry garnered.

“They’re so excited and it’s exciting to see,” said Addie. “For me, [the contest] is more about the community coming together. They are really pushing for us and I am really blessed by that. That means more to me than having the photo in the contest.”

Addie’s photo was taken on a windy afternoon at Marquette Park in Miller. She used “Little Red,” the CoolPix digital camera she bought at Walmart. Despite its humble price tag, the camera has captured impressive shots. This image in particular froze the waves of Indiana with the dark skyscrapers of Chicago in the background. The sun accents the surf and the clouds above.

She took three photos that day, limited by the weather conditions. Only two of them came out.

“This is my once in a lifetime picture,” Addie said.

Voters seem to agree. Within a week, Addie’s photo climbed to the top ten in the competition. A few days later it was in the top 5.

“She’s been gaining on them steadily,” said her husband, Chad Addie. “It’s been fun seeing it go from top 10 to top 5.”

People can vote every 24 hours at the Weather Channel website, here. Winners will be announced on September 11, 2018.

“People I have never met are sharing it and asking people to vote,” said Addie. “I’ve been really blessed by that. It would be a win for all of us.”