Chicago Street Theatre in downtown Valparaiso will host a "Little Black Dress Party" at 6 p.m. Thursday May 17, 2012. Tevlyn Schwerd from Bargain Barn will present a fashion show, “Get the Look for Less,” for the budget conscious.

In addition, there will be appetizers, cocktails, a silent auction, manicures by Terry Abner Salon, massages by Phil Parmigiano, jewelry by Jazzy Jems, Nana Clare’s Biscotti, and much more.

Also featured will be a Project Runway "Chicago Street Theatre Style", where contestants, under the direction of costume designer Jo Beth Cruz, will take an old costume and in 60 minutes remake it into something that would be suitable for a Shakespearian play. The audience will vote on the winner. Anyone interested in being a contestant should send an email to Kelly Hite at kellyh@chicagostreet.org by May 10 to be included.

This quirky collaboration of arts and fashion will not only display what’s hot for spring and summer, but also helps support the nonprofit community theatre. Tickets are $25 and include appetizers, cocktails, and the show. They are available at Bargain Barn, Chicago Street Theatre, and Terry Abner Salon. 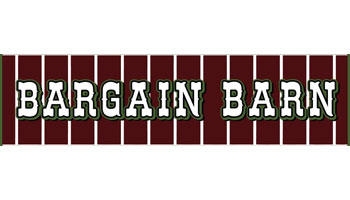