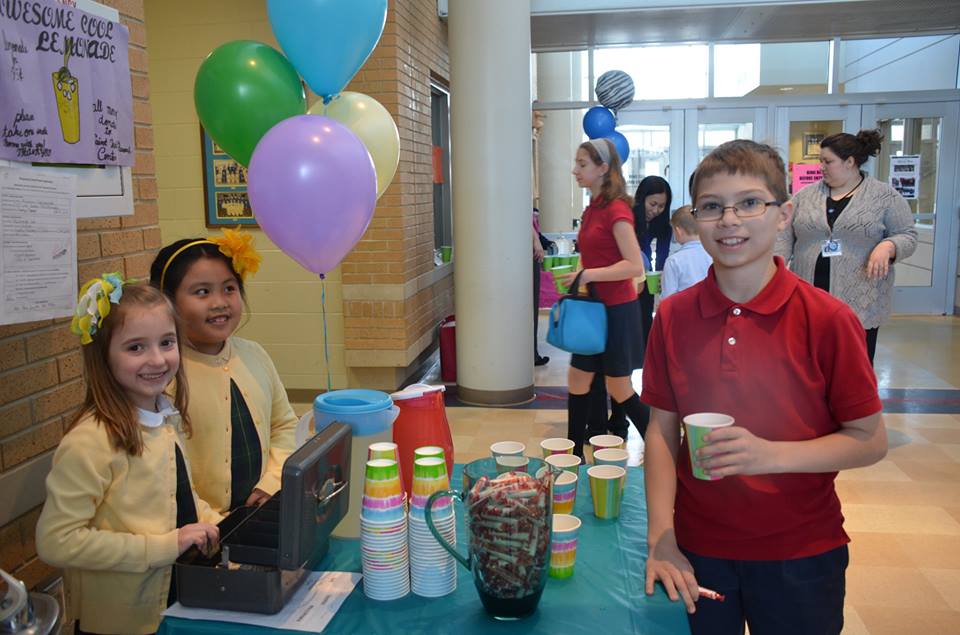 It may be 10 degrees outside, but second graders from Saint Paul Catholic School were envisioning summer by setting up lemonade stands at lunchtime last week!

Inspired by the book The Lemonade War by Jacqueline Davies, 8 second graders created business plans, applied for permits, and selected worthy charities. Taking an intial "loan" from Librarian Sally Santellano, students also had to decide if they would include a value-added item and create a plan for good customer rapport and goodwill.

This competition also had a prize for the team that made the most profit- an additional donation of $50 to their charity from school staff members.

The event was held in conjunction with Read Across America Week. 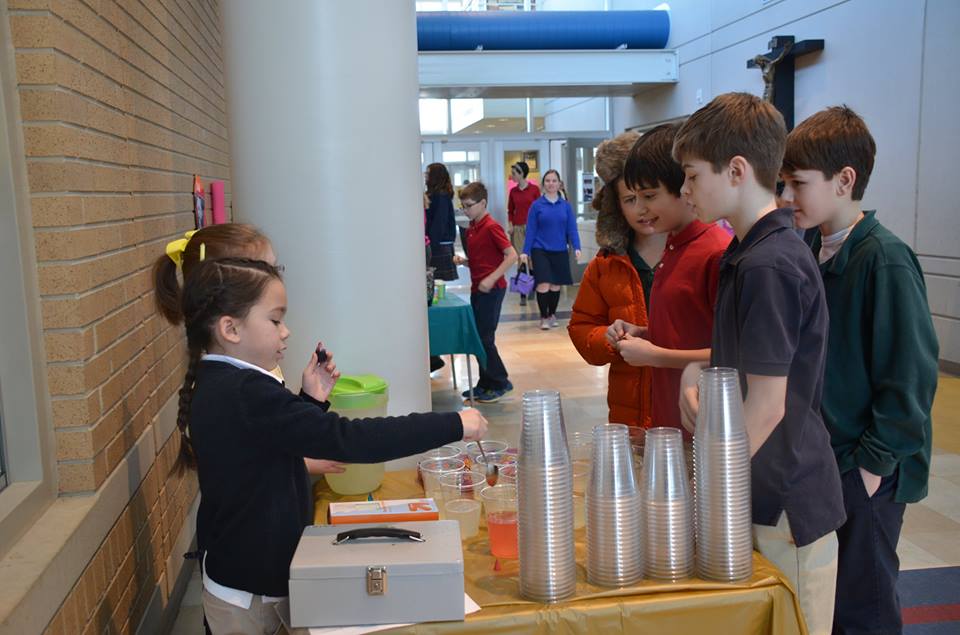