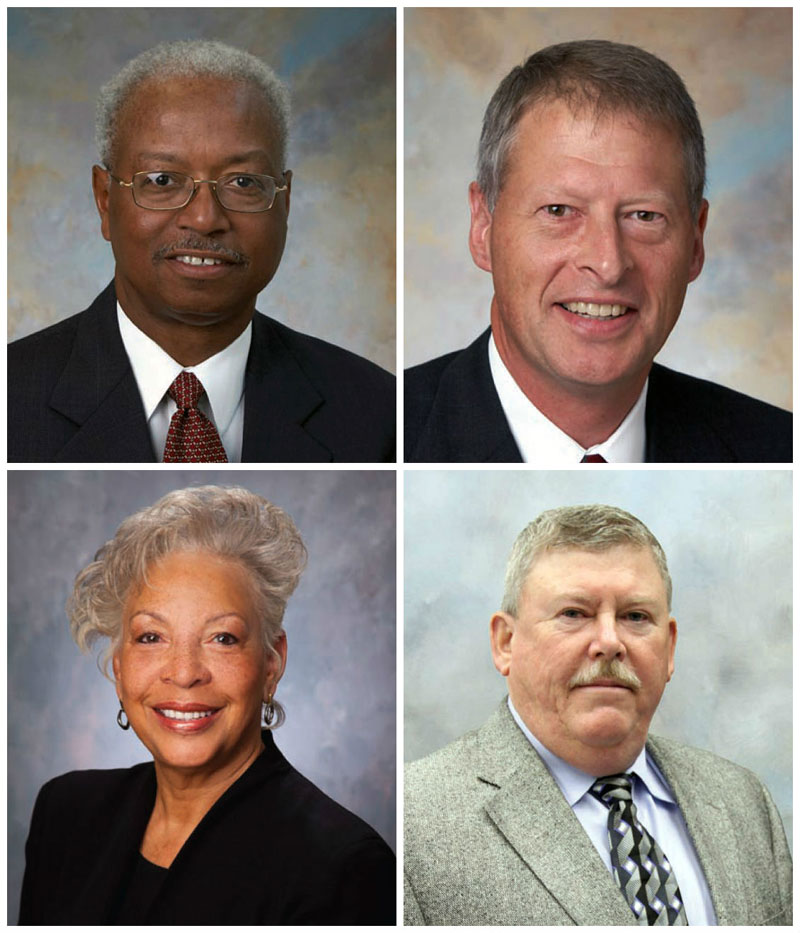 Mamon Powers, Jr., was elected chairman of Methodist Hospitals Board of Directors at the board’s June meeting. Powers, who has been on the board since 2001, replaces William Braman, who served as the Board’s chairman from June 2010 through June 2014 and had served on the board since 1993. Braman is past president of Merrillville-based Braman Insurance.

Joining Powers as board officers are Scott T. Ribordy as Vice Chairman, Frances Taylor as Secretary and John A. Lowenstine as Treasurer.

Mr. Powers is President and CEO of Powers & Sons Construction Company, Inc. Scott T. Ribordy is an investment broker with Merrill Lynch and has been on the Board since 2001. Frances Taylor is a former Chief Nursing Officer at Methodist Hospitals and John A. Lowenstine owns his own practice, John A. Lowenstine, CPA. Taylor and Lowenstine both joined the Board in 2011.

“We are delighted to welcome these respected leaders to their new roles at Methodist Hospitals. The next two years will be exciting as well as challenging ones at Methodist as we continue to invest in the health system for the benefit of our patients, said Dr. Michael Davenport, President and Interim CEO. “Mamon Powers is a longstanding area leader and Board member who has dedicated his life to serving this community. He will continue that dedication in his term as Chairman, and we look forward to his leadership,” said Davenport.

Outgoing officers include immediate past Chairman, William Braman, Dr. Douge Barthelemy, and Glen S. Vician. “This group of individuals has been great leaders and loyal supporters of Methodist Hospitals and we thank them for their outstanding commitment and service,” said Davenport.