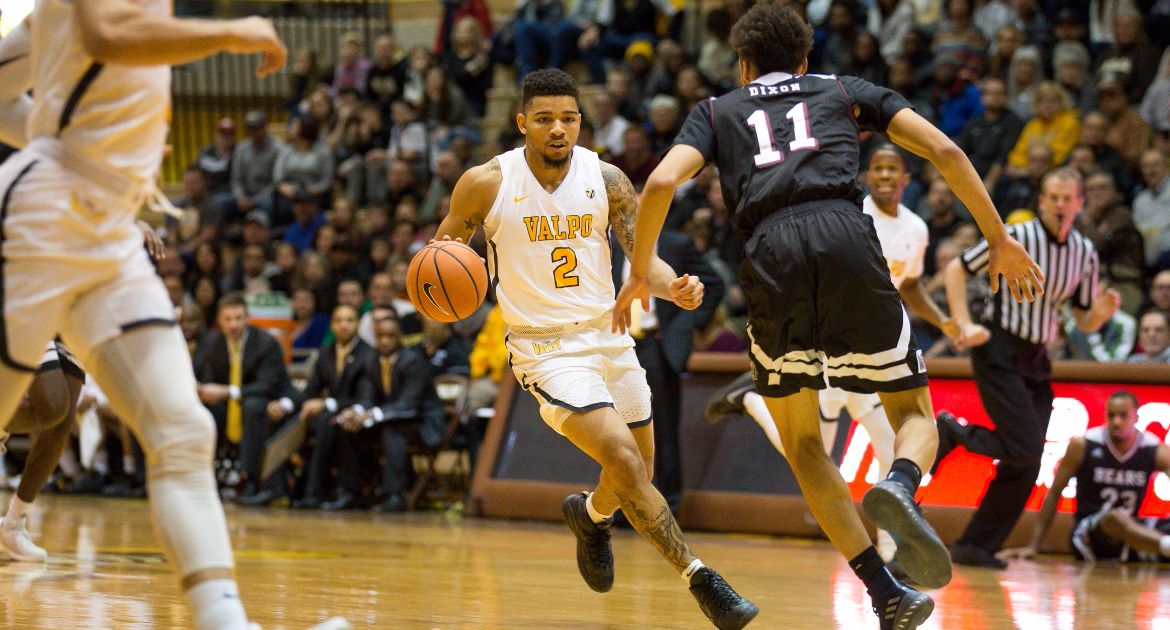 The Valparaiso University men’s basketball team made its home debut in MVC play on Sunday afternoon at the ARC, but preseason favorite Missouri State spoiled the Crusaders’ home opener as the Bears sent Valpo to a 67-50 defeat.

Next Up
Valpo (9-6, 0-2 MVC) looks to earn its first Valley win Wednesday evening at Bradley. The 7 p.m. tipoff can be seen live on The Valley on ESPN3 and heard live on WVUR (95.1 FM, Valparaiso). Links for all the live coverage will be available at ValpoAthletics.com.