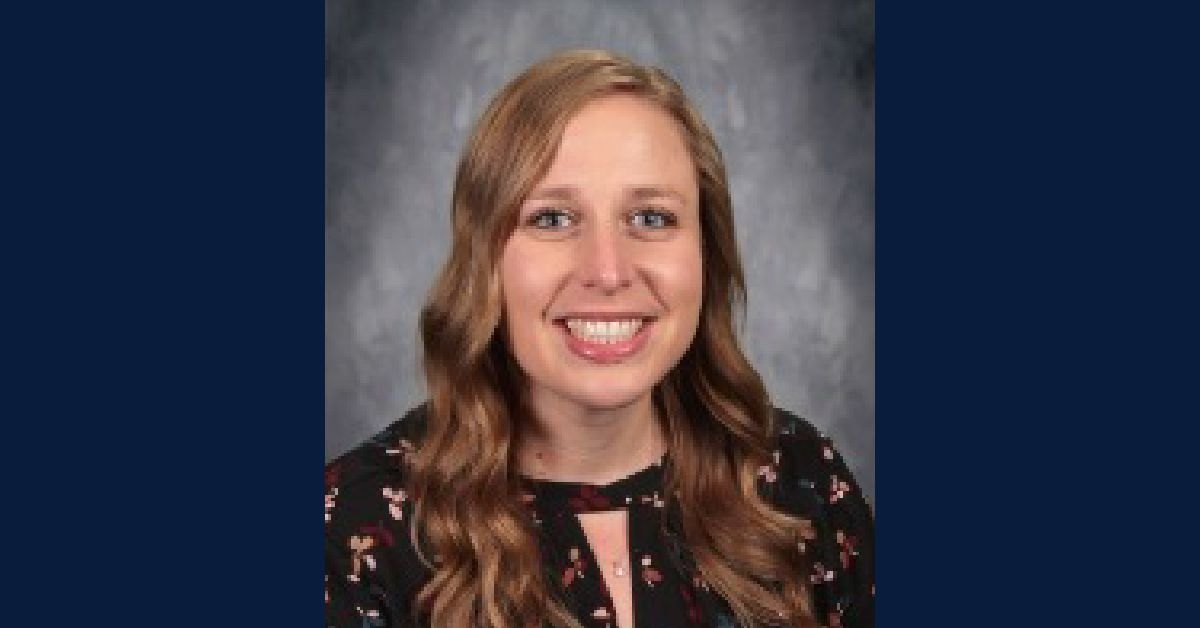 St. Michael Catholic School is one of the oldest academic institutions in the Region – offering students a comprehensive education since 1900. The school saw a number of new developments this year, perhaps most notably, the installation of a new principal, Michelle Wacnik.

With 9 years of experience as an educator, Wacnik hopes to continue growing St. Michael’s legacy and commitment to Catholic education.

Wacnik, a Region native, has spent her career in education working within the Catholic Diocese of Gary, first as a teacher and later as an assistant principal at St. John the Baptist in Whiting. She is also the product of Catholic education, having attended grade school at St. Mary Catholic Community School in Crown Point. It was there that the first seeds of her career as an educator were planted.

“I was in fourth grade, and they had us dress up as our future career, and I picked teaching,” she said. “That was my first stint in education. I wanted to be a teacher and was really excited about it. Once I got to college I thought, ‘Maybe I want to be an engineer!’ So, I did that for a semester before I decided, nope, education is definitely for me.”

While many paths presented themselves upon graduation, Wacnik opted to return to Catholic education as a career destination, believing that faith is an essential component to building character.

“Students having some kind of faith-based background allows them to feel they have a purpose in life,” she said.

“It lets them see that there’s something bigger than ‘just me’ in the world and think beyond themselves. That faith is always something there for them to fall back on in the good times and the bad. That’s something we’re really working with the kids on, that your faith is always there with you – not just in the bad times.”

As principal, Wacnik is looking to grow St. Michael’s around three pillars - faith, citizenship and education.

“A lot of times, people send their kids to Catholic schools without religion at the forefront. That’s often the first class that gets canceled when schedules get shuffled around,” she said. “But they signed up to come here because of faith, so we want that at the forefront. Even if you’re not Catholic and you’re attending here, we want you to be a better citizen of society.”

With regard to the third pillar of education, Wacnik is building the curriculum at St. Michael’s to allow their students to experience a little bit of everything.

“One thing that we’ve done is bring on a full-time Spanish teacher who sees everybody in the building, even preschoolers,” she said.

“We want to go in-depth and get every student engrossed in their education, so we offer all the general subjects but also have full-time art, Spanish, music, and gym teachers. That doesn’t happen at every school, so we’re very lucky.”

Wacnik and her staff have turned to Big Shoulders Fund Northwest Indiana as a supportive arm to help implement their vision for their students. As part of the Big Shoulders Fund network, they receive assistance in many areas including marketing, training, enrollment, programming, and supplies.

“They can lend a helping hand whenever needed,” she said. “I feel like what they’re doing is part of what enables Catholic schools to match or exceed what other schools can offer. They allow us to have the footing to go beyond schools that don’t have that network of support from Big Shoulders Fund.”

“Sometimes they’re able to provide monetary donations, but what they do goes beyond that,” she said. “For me, the biggest thing is just having that resource at hand. They brought in people who can help with numbers and instructional suggestions. It’s just great, they’re a really good team.”

As she continues to settle in as principal, Wacnik finds herself more excited about what St. Michael’s can accomplish and is proud to count her students as eager participants in all of the school’s endeavors.

“Students at St. Michael’s are very motivated,” she said. “It’s exciting to come to school and see kids that really want to learn. They want to do well. They’ll put in the extra effort without being asked, and I love that.”