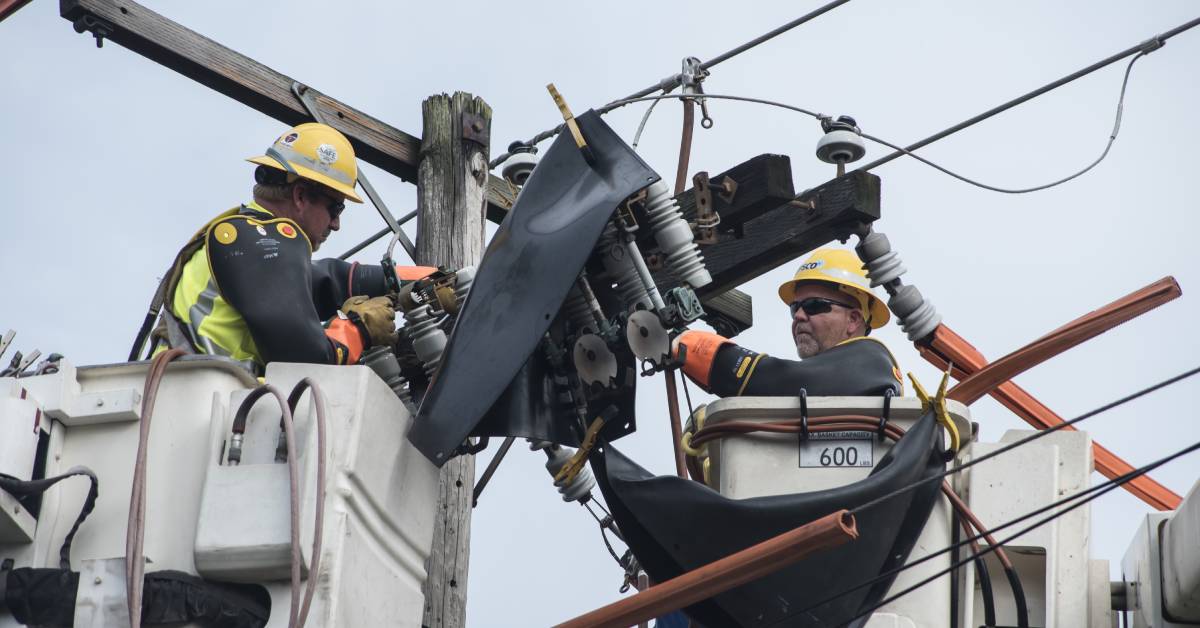 In the last year, NIPSCO has made substantial infrastructure improvements to enhance customer experience and system safety while also addressing the ever-present need to adapt to industry changes in 2020 and beyond.

In 2019, NIPSCO invested $660 million in energy upgrades across its service territory, with several noteworthy implementations in Lake, Porter, and La Porte counties. The Green Acres electric pole and line upgrade, starting in Merrillville and ending in Hebron, provided 14 miles of electrical distribution wire and 406 new utility poles. Electric substations in both Munster and Hartsdale were rebuilt, adding two new transformers to serve the economic growth in Highland and Munster and additional components of the structure to ensure system reliability for many years to come. In Valparaiso and parts of Porter County, the company’s underground electric cable upgrade program installed 116,086 feet of underground electrical distribution wire and new transformers

The company is also investing $64.8 million to upgrade the natural gas system in Gary. It began in 2016 and is expected to be completed in 2021.

“NIPSCO is committed to enhancing, modernizing, and investing in the natural gas system to keep communities safe,” said Megan Henning, Project Communications Lead for NIPSCO. “The scope of this project is to replace the existing bare steel (uncoated) main with new plastic main and install new service lines and natural gas meters at customers’ homes or businesses.”

In La Porte County, two-pole and line upgrades were completed in Michigan City in 2019: one in Long Beach and a second near Layette Street and Greenwood. In addition, the company began the first phase of a long-term project to upgrade portions of the electric transmission system, beginning near the Michigan City area.

This is part of the company’s commitment to retire 100 percent of its remaining coal-fired generation by 2028 and transition to cleaner energy – a plan that is projected to cut carbon emissions by 90 percent over the next 10 years. Construction will take place in the existing rights-of-way between the Michigan City generating station and the Bosserman electric substation to the east.

“As we become 100 percent coal-free by 2028, the plan we've outlined indicates a transition to lower-cost, reliable and cleaner energy sources, such as wind, solar and battery storage,” Henning said.

Also, progress continues on the company’s three Indiana-based wind projects. Two are joint ventures where a developer will construct the projects, eventually leading to NIPSCO owning and operating them. The third wind project will entail NIPSCO simply purchasing the wind energy generated by a third party. NIPSCO expects to announce additional projects, following a recent Request for Proposal and public bidding, in the near future.

In 2016, the Indiana Utility Regulatory Commission (IURC) approved a $2 billion dollar plan for NIPSCO to re-invest in modernizing the energy infrastructure across its service territory. This plan is on-going and was developed to ensure long-term system safety and reliability for both electric and natural gas customers.

“NIPSCO chooses projects by evaluating the current infrastructure system and then identifies areas that could become problematic in the future,” Henning said. “Once areas are identified, the company has a group of internal and external stakeholders who work together to submit yearly project plans to the IURC for approval.”

“We understand that interruption in daily routine and/or service may be an inconvenience. NIPSCO thanks local communities, and its customers, for their patience during these important system modernization projects.”

Customers can speak to on-site crew members about the work taking place in their neighborhood or reach out to the customer care center at 1-800-4NIPSCO, which is available 24/7.