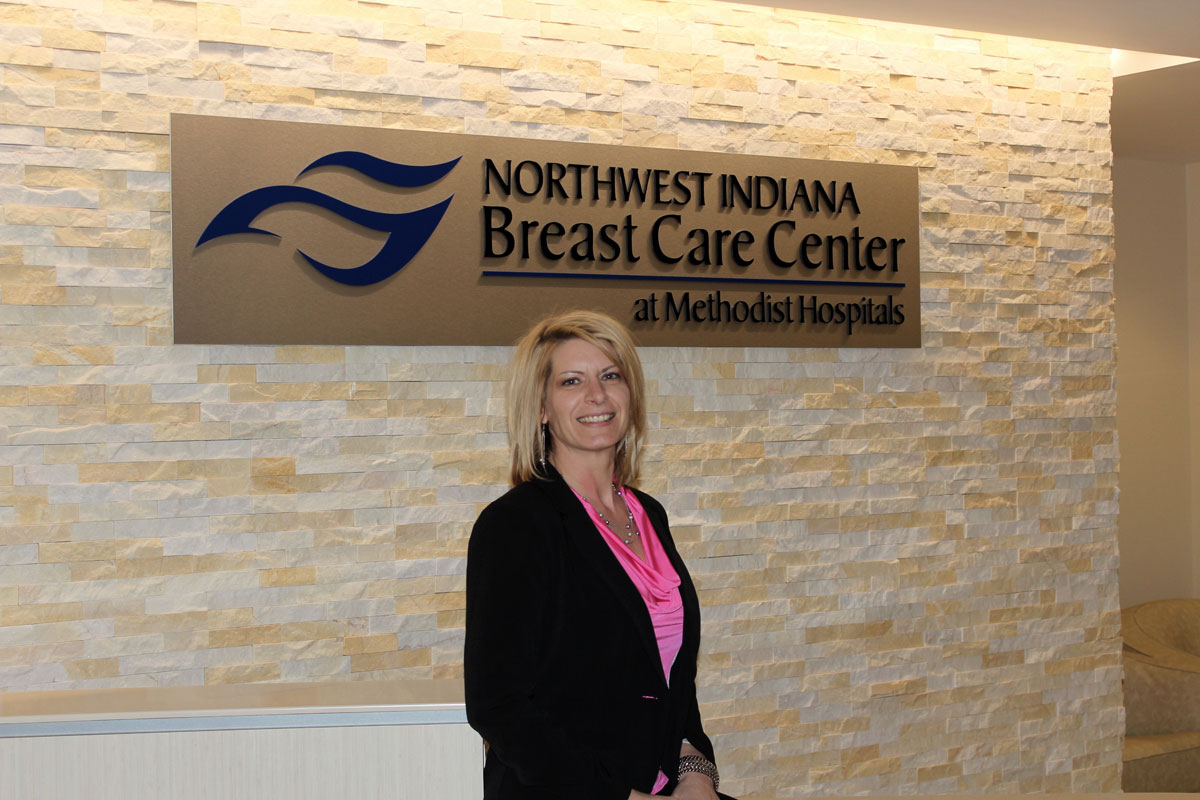 Jennifer Sanders could talk two hours straight about the achievements, the goals, the awesome staff, and on and on of the Methodist Hospitals, where she works as the manager of the Northwest Indiana Breast Care Center.

On the other side, her patients and fellow hospital staff could talk about her in the same high regard, which is what was done when Sanders, who continues to work as a radiologist technician at the hospital in addition to her managerial role, was nominated for this year’s Influential Women of Northwest Indiana.

She did not win, but the night was celebrated by Sanders and her group of girls, still excited and humbled by the thought of the nomination.

“I didn’t win, which was okay, but I was honored to be nominated,” she said. “It was a wonderful experience and just to be in the same room with all those women who are so committed to all of their causes was phenomenal.”

Sanders has been working for the Methodist Hospitals for 18 years, rising to the manager position in 2009. She grew up in a south suburb of Chicago and attended Indiana University Northwest.

As a manager, Sanders is responsible for her group of technologists, making sure everyone has the proper credentials for their work, manages the budget, and deals with the yearly inspections, making sure the department is up to code.

She works closely within the mammography department as a member of the breast leadership team and participates on several committees.

One hat though will always remain, the one she first wore when she started her career in the healthcare field.

“I am still a working technologist,” she said, adding in how she is a firm believer in working with the staff, not just leading them. “I wouldn’t really know what my staff needs if I’m so disconnected. I like to see what I’m doing and I like to make my decision firm on the floor, because then I am making that decision from the best place.”

Sanders lives by a set of standards which are enforced to her team, with a major one being to remember the women who come to the hospital is not their mother, not their sister and not their aunt, but they are somebody’s, she said.

“Everyone puts their heart and soul into this job,” she said. “I couldn’t do what I do without them. We complement each other well.”

Those standards help Sanders achieve the goals she places on her staff, including her mission to decrease the number of late diagnosis and the high risk of mortalities caused by breast cancer in the area.

The Methodist Hospitals were one of the first hospitals in the country with 3D technology for mammography screenings, she said, but the numbers of women struggling with cancer and the 30 women who die each year in Lake County because of it are still too high for her.

“Being in the field, still working and looking at your mammogram, I am the first one to know your life is about to change,” she said.

When someone walks into her office with a walnut-sized lump, instead of pea-sized in her breast because she was not aware or did not have access to a mammogram, Sanders and her team takes that personally.

The staff holds more than 55 events throughout the year to help women recognize the risks of not getting screened, in addition to programs established to help pay for screenings such as the “No Women Left Behind” fundraiser collaborated with the Chicago Bears Care Foundation.

There have been five women screened and diagnosed with breast cancer thanks to the program, Sanders said.

“That’s five women who would not have known otherwise,” she said.