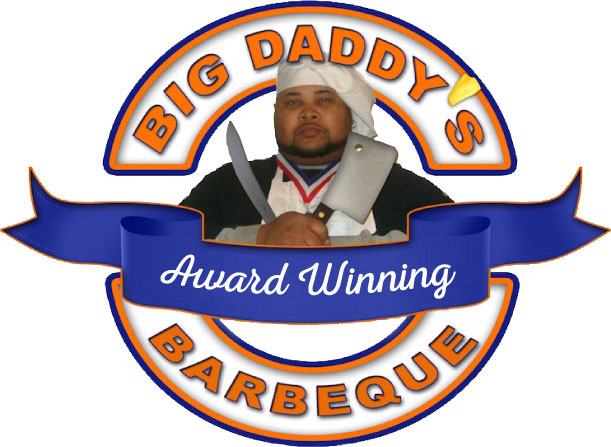 Meet Celebrity Entrepreneur Gordon ‘Big Daddy’ Biffle Jr.
Gordon Biffle Jr. doesn’t go to work anymore! He’s just doing what he loves to do. If that sounds like a contradiction, meet the King of Barbecue. Gordon is known for “Big Daddy’s” Award-Winning Barbecue!” Gordon and his wife Darquia own this popular brand with two locations, one in Gary and one in Hammond. Gordon started barbecuing at a Gary flea market where he became a local celebrity. Today, his fans include none other than Steve Harvey. In fact, Gordon had been nominated 7 times for Steve’s awards. He’s won twice, once in 2010 and again in 2013.

After Gordon had done some catering for Steve at NBC studios, the iconic TV host said, “I’ve got to meet this guy.” In fact, Gordon and Quia were en route to a vacation in Vegas when she got the call. His manager said, “Steve wants Gordon on the show tomorrow!” So they flew back and Gordon was on Steve’s show. Gordon’s humanity is also part of his secret sauce. Gordon donated food for Steve’s mentoring program involving 300 mothers and their sons. He loves it when kids hug him at supermarkets. And he encourages people to dream big and work hard. His big heart is matched by a determination to exceed his customer’s expectations! “I stay awake nights thinking of ways to make my barbecue better,” Gordon said. 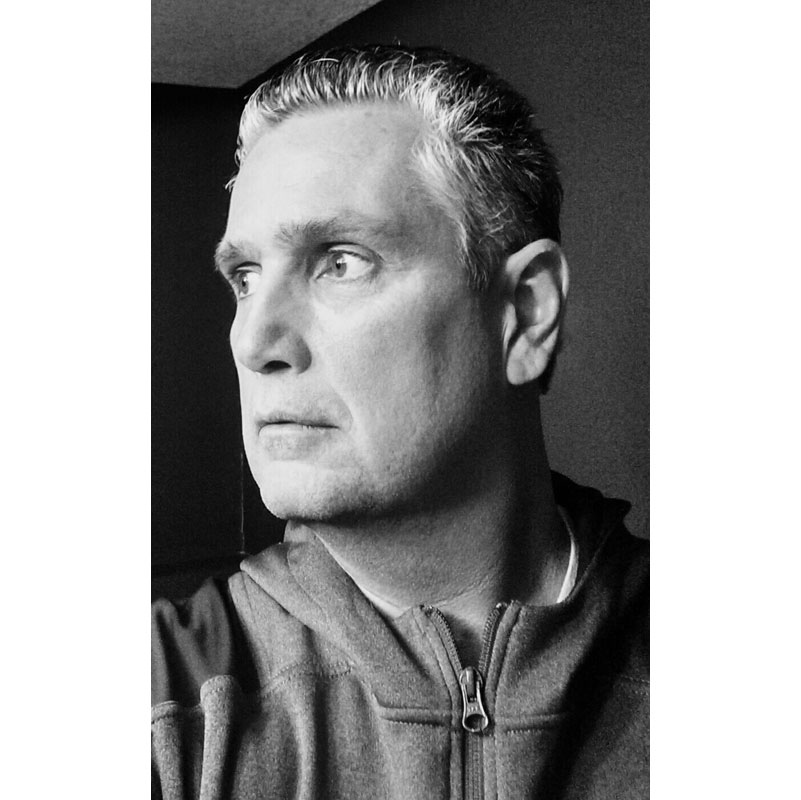 Joe Bavuso ‘Saves Lives’ by Launching Crane Training Program
Imagine operating and repairing a crane 60 feet in the air, and lifting loads ranging up to 120 tons in a massive building. When union representative Joe Bavuso transferred to Gary Works in 1991, he learned on-the-job how to repair these giant cranes used in steelmaking. But just as he had undergone extensive training as an electrician, he begin to look for a better way to train workers in this mechanical craft. Fortunately, he was trained by experienced workers who shared best practices. He saw this need grow as older workers retired, not only in the steel industry, but across all industries.

Then in 2004, a tragedy struck when a fatality occurred involving a worker repairing a crane named Herb Tollman. “I decided it was time to launch a training program,” Joe said. He ultimately persuaded his superiors of the need to build a crane simulator, and he assembled a team to design the curricula. The training program consists of 80 hours over two weeks. The simulator was named the Herb Tollman Trainer. Hundreds of steel workers have been trained on this platform from sister plants. He presented this innovation twice at the Association of Iron & Steel Technology in 2008 and 2014. In 2015, he received the Crane Innovator of the Year Award from AIST. “Joe saved lives by reducing hazards,” said nominator O’Merrial Butchee. 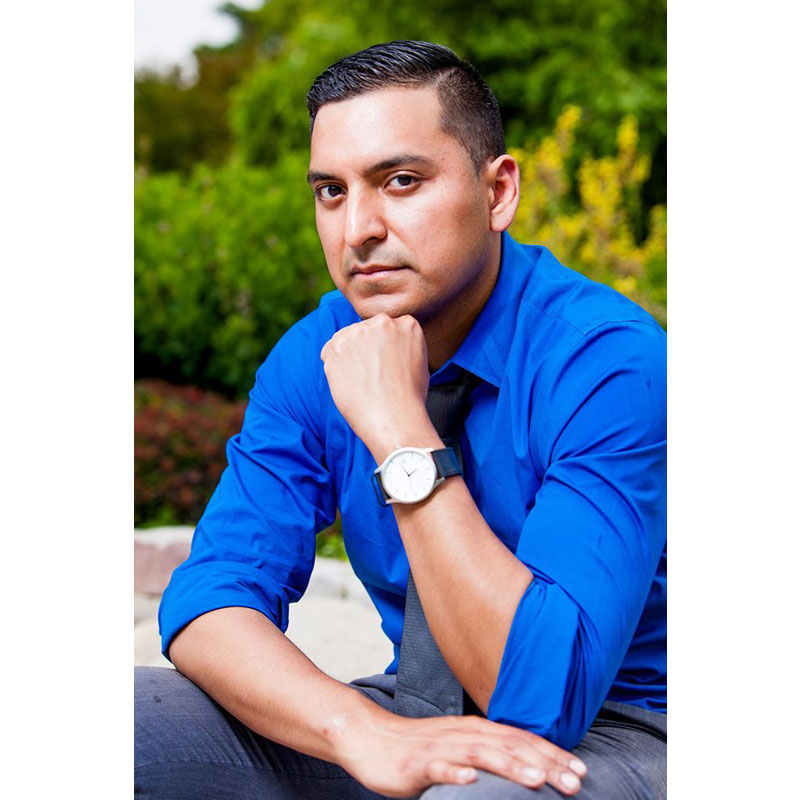 Prodigy Diego Gonzalez Transforms Ancient Art of ‘Body Painting’
Diego Gonzalez is a homegrown prodigy in the forefront of transforming the ancient art of body painting as a self-taught airbrush artist. Growing up in north Hammond and Lake Station, Diego has taken this medium – once associated with war paint, and now with tattoos and graffiti – to a new and exciting level. “He is pioneering the use of body painting in which designs or pictures are airbrushed directly onto the body, in new ways,” said John Cain, South Shore Arts. He is transforming this traditional art form, utilizing it for fine art photography, fashion shoots, dance and music videos and other purposes. Starting as an 8-year-old scholarship student at the Art Center in Munster in 1995, Diego doggedly pursued art, walking all the way from Irving Elementary so he wouldn’t miss a class, even in the dead of winter.

He started selling his art at a flea market in Gary and now it is sold worldwide through on-line sales. The arenas of photography fashion, music and film are benefiting directly from Diego’s art innovations. Diego also creates murals in the schools he attended, sharing his story of overcoming a low-income childhood to a life of “exciting adventures.” He leads students in mural-painting projects that inspire them to be engaged in school. His mantra: “Follow your dreams, believe in yourself and don’t give up.” 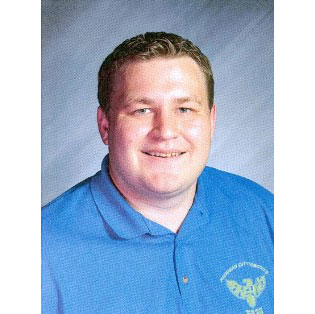 Teacher Ralph Gee III Helps Students Embrace ‘Scientific Approach’
When young Ralph Gee III was growing up in rural La Porte County, he got inspiration from his father, a truck driver, to study the stars. “I used to help Dad work on trucks and then we’d stay up to watch documentaries.” The grandson of a steel worker, this passion for science has taken root as an Engineering Technology teacher and coach. Today, he is helping to lead a cultural shift at Michigan City High School. “A common misconception is that every student in this class is going to be an engineer.” The reality is that he is preparing students to think differently about how they approach their lives. Ultimately, he hopes students will begin to take a more scientific approach to life’s decisions.

For today’s students whom he calls “digital natives,” he and other faculty are opening their eyes on how technology works, and how they can use design principles. For example, when Ralph realized that special needs students would benefit from a sensory or calming room, the school’s robotics team brainstormed. They designed a special room sponsored by ArcelorMittal and others. One of the things they built was the “ball pit” with 1500 balls, mostly red. “Then they learned red is not a calming color,” Ralph said. So they pivoted and replaced the balls. “We’re showing engineering students how to make connections to make things better,” Ralph said.