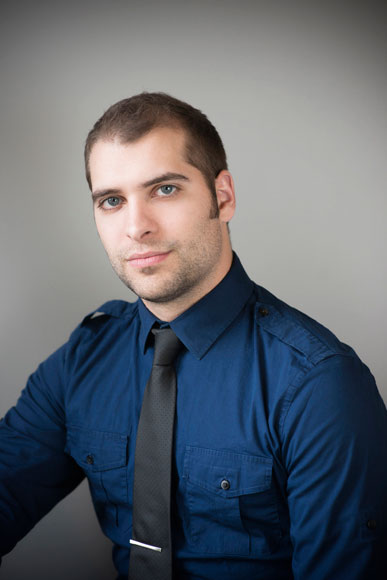 The Indiana Young Entrepreneur of the Year award honors a business owner who is younger than age 30 and has a three-year track record with their business. The business owner must have an established record of success; the business must have created employment opportunities; the owner must show the development or utilization of innovative or creative business methods and must show entrepreneurial potential necessary for long-term business success.

"We are thrilled for Wade," said Lorri L. Feldt, regional director of the Northwest Indiana Small Business Development Center (ISBDC). "We have not had a state winner from Northwest Indiana in this category since at least 2000. Wade is so talented. He's running two companies, making a mark in the region and beyond."

He wrote, produced, and directed the original video that was shown during every United Way campaign presentation throughout LaPorte County.

"To have my name mentioned by these esteemed agencies is an honor," said Breitzke.

At PNC, Breitzke earned his Bachelor's degree in Liberal Studies in 2009. He created 27 Entertainment, a company dedicated to video production for short commercials, motion graphic projects and promotional pieces, wedding videography, DJ services and event lighting. He recently launched a photo and video media company, We Create Media, in Valparaiso.

He employs eight full-time employees; 21 seasonal employees and four interns."We have assembled a team of the most creative people in the area. Each is an expert in their field. I could not be more proud of the team that we've put together. These awards are the result of the team's hard work."

Breitzke foresees continued growth for his companies. "We have a solid foundation and a phenomenal team. Our job is to produce fabulous events and marketing tools for companies and to create once-in-a-lifetime memories for people. We look forward to serving new customers each and every day."

Breitzke and his wife, Cambria, recently welcomed daughter Nicole Olivia, who was born in March.