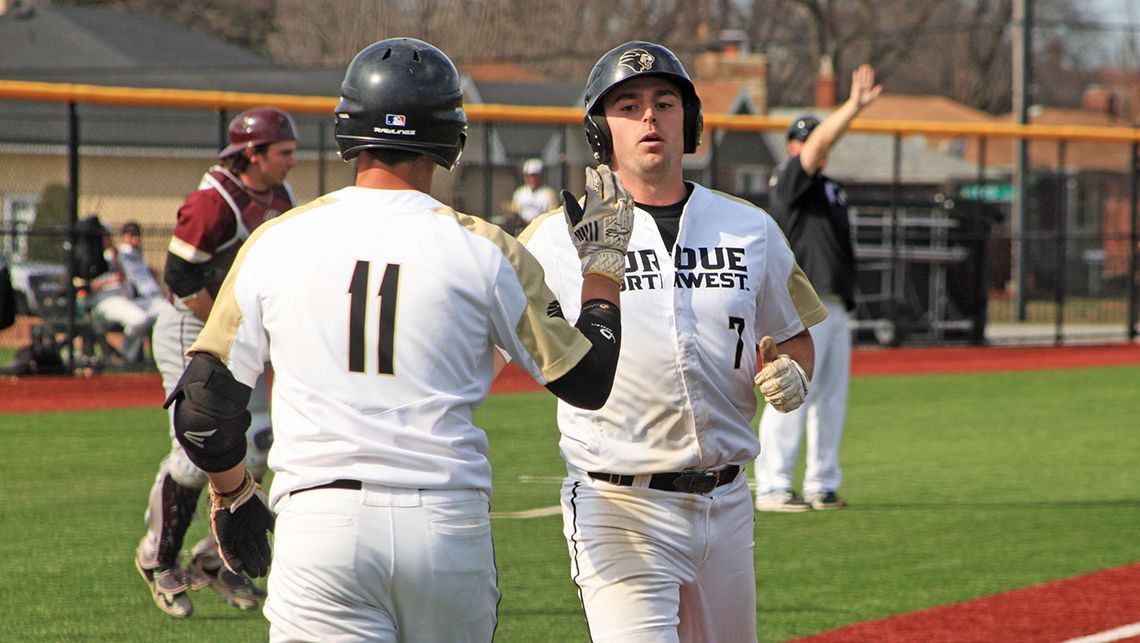 SOFTBALL: PNW Splits with Aquinas; Payne Has Big Offensive Day
Kyleigh Payne saved her sixth home run of the season for a clutch moment in Friday’s nightcap, when her two-run swing tied the game against visiting Aquinas (Mich.) College in a two-game split for the Purdue University Northwest softball team. Payne (Bourbonnais, Ill./Bishop McNamara) belted a two-run shot over the center field fence in the bottom of the seventh inning of Game 2 to tie the game at 3-all and send it into the eighth, where both teams would score a run before the game was called a 4-4 tie due to darkness.

Baseball: PNW Earns Pair of Victories over Robert Morris Friday
The Purdue University Northwest Pride earned a pair of wins against Chicagoland Collegiate Athletic Conference opponent Robert Morris University in the Pride’s first CCAC games of the season. The Pride (9-7, 2-0 CCAC) defeated the Eagles (11-14, 0-2 CCAC), 7-2 in Game 1 before picking up the 5-4 victory in the nightcap.