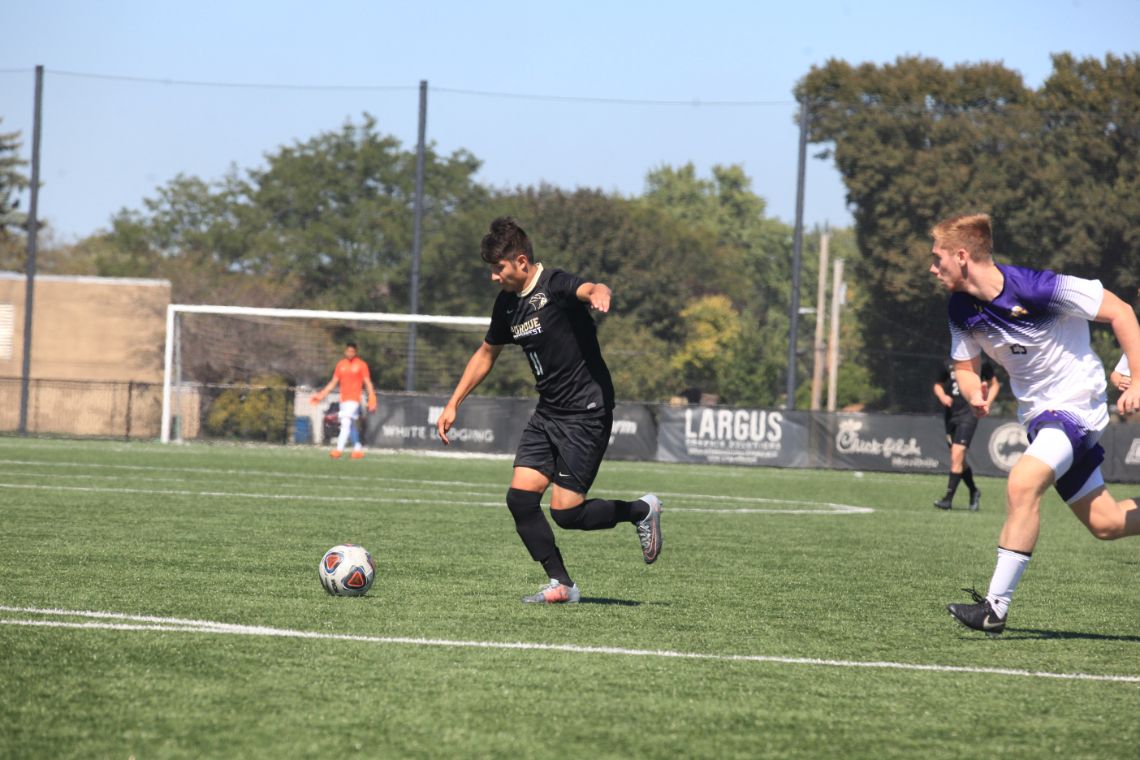 PNW kept up its pressure to open the second half, scoring the first goal of the match in the 49th minute after Isaiah Nieves (Lyons Township, Ill./Lyons Township) found Enrique Serna (Majadahonda, Spain/Colegio San Jamie) in front of the net to put the Pride ahead, 1-0.

The Black and Gold would tack on another goal midway through the second half, thanks to Jaime Garcia (Elkhart, Ind./Elkhart Memorial) who connected on a pass from Matt Bahena (Alsip, Ill./Eisenhower) to extend their lead to 2-0.

PNW would finish strong, stopping any potential scoring efforts late in the match by the Eagles to pick up the 2-0 victory.

Freshman goalkeeper Raul Garrido Garcia (Madrid, Spain/Menesiano) earned the clean sheet in goal recording a pair of saves in all 90 minutes of play.

The Pride outshot the Eagles 21-8 (11-2 on goal) en route to their first GLIAC victory of the season.

PNW returns to action Friday, Sep. 28, when they travel to Kenosha, Wis. for a GLIAC contest with Wisconsin Parkside at noon (CST).