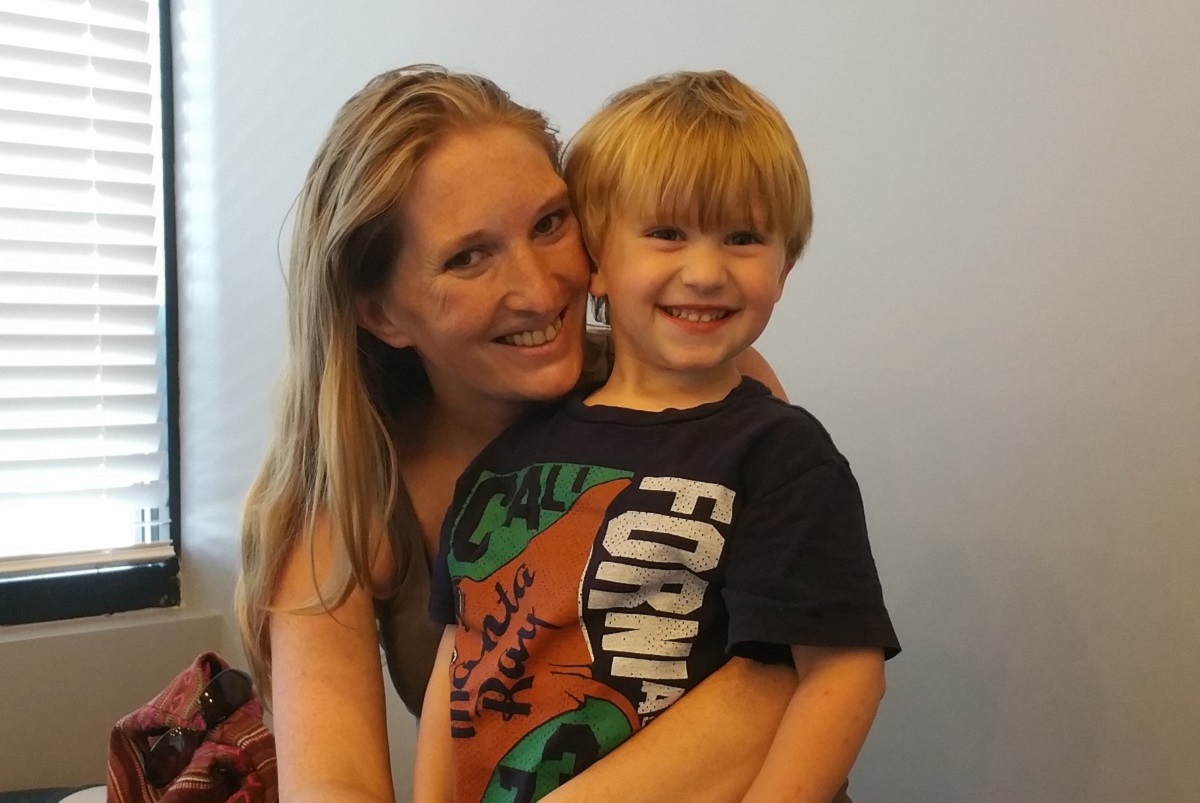 We at ValpoLife could tell you all day about how great Porterfield Family Chiropractic is, but would you take just our word for it? As a smart consumer you’d say “no”, of course. You need more evidence then our word.

We understand this, and went off to procure said evidence. And what we found was not a what, but a who.

Karen Thompson has been bringing her son to Dr. Porterfield since he was three years old. Austin suffered multiple ear infections and bouts of bronchitis and no one knew what was wrong. It had gotten to the point where his pediatrician was recommending that Austin get tubes in his ears.

“In the first 14 months of his life he had 14 ear infections,” Karen said. “Our doctor said that if he didn’t make it through the summer without an ear infection when he was three that he would have to get tubes. We really didn’t want to put him through another invasive procedure.”

Austin was recovering from a broken arm. The poor kid was having a rough go of it, and it makes sense that his parents didn’t want this take drastic measures again. But what other option was there for them?

Karen and her husband began to do research, and one of the results yielded chiropractic care. It was new and different to them, but both were in agreement that it was definitely worth a try.

“My husband was a little skeptical but he said that he would rather try this instead of having Austin go through another surgery,” Karen said. “If this doesn’t work then we’ll look into getting tubes.”

That was a year ago. Austin has been seeing Dr. Porterfield regularly for adjustments and he hasn’t had one ear infection since. Dr. Porterfield adjusted Austin’s vertebrae in the cervical spine, up top by his skull and neck, thus affecting the nerves that were blocked there.

Ear infections are caused when the Eustachian tubes get blocked by inflammation, swelling, and/or mucus buildup caused by bacteria or viruses. This blockage prevents air from being refreshed in the ear as well as proper air pressure, and fluids will accumulate in the ear since they have nowhere to go.

The nervous system controls all organs and functions in the body, and when things are correctly aligned in the spinal column which protects the spinal cord (main player in the nervous system that moves messages from the brain to other parts of the body), the body can function properly. In Austin’s case, he just needed some things moved back into place and his ears are fine now. No surgeries or other invasive procedures for him.

“His hearing is better and his speech has improved. Since there was fluid buildup in his ear he couldn’t hear and there was a speech delay. He won’t have to be frustrated about not being able to get his point across anymore. He can talk to us and we can understand what he’s saying,” Karen said. “No ear infections since we have been coming here and only one bout of bronchitis. It’s so nice to know that he won’t have to be in pain and won’t be going from ear infection to bronchitis and back all the time.”

Karen stated that this experience made her realize that there are other options out there that don’t lead to pills or surgery. She said that her husband, a truck driver, is now thinking of going to see Dr. Porterfield.

If you are having some trouble and the only answer to your problems seems to be surgery or pills, take a second to look at all of your options. You might not have to do either. With this bit of evidence that we have provided for you, do you think that maybe chiropractic care could be your answer?