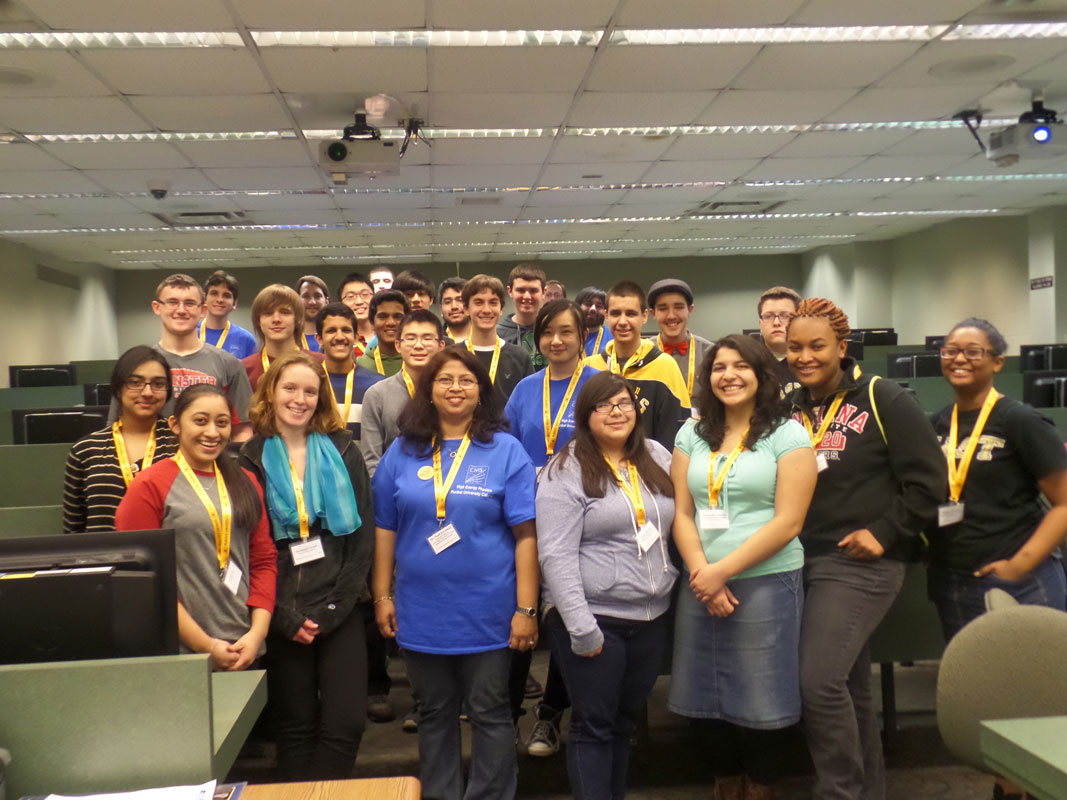 Spearheaded by Nobel Prize-contributing researcher and Professor of Physics Neeti Parashar, Purdue University Calumet has been established as a QuarkNet Center to enable high school teachers and students to explore hidden aspects of the natural universe through high energy physics.

High energy physics explores the interaction of matter and energy, as well as the nature of space and time.

The designation of Purdue Calumet as a QuarkNet Center occurred after a proposal written by Parashar and supported by Purdue Calumet Vice Chancellor for Academic Affairs and Provost Peggy Gerard was approved by the QuarkNet office at the University of Notre Dame.

Lead teachers from Munster High, HAST
Serving as lead teachers of the inaugural Purdue University Calumet QuarkNet program are Larry Hautzinger of Munster High School and Adam Erler of the Hammond Academy for Science and Technology (HAST). Both participated last summer in an eight-week training program at Purdue Calumet and Fermilab in Batavia, Ill., facilitated by Parashar.

Another workshop to introduce high school physics teachers to particle physics is being planned. Additional information can be obtained by contacting Professor Parashar at parashar@purduecal.edu.

During their QuarkNet masterclass experience, the students learned about the theory of particle physics and analyzed data from particle collisions taken from the Compact Muon Solenoid (CMS) detector at the European Organization for Nuclear Research (CERN), a multinational research center in Switzerland.

Worked in teams, presented results
“Students worked in teams, parsing and analyzing data to find a variety of particles,” Parashar said. “They recorded their findings in a histogram, evaluated results and then joined other students across the country in presenting their results to national scientists by video conference.”

Parashar, who specializes in high energy physics, is part of the research team that discovered the Higgs boson subatomic particle. Also referred to as the “God particle,” it is considered a vital building block for shaping understanding about composition and interaction of all matter in the natural universe. The 2013 Nobel Prize in Physics was awarded to two scientists whose Higgs boson theory was confirmed by the research team.

Learning from inside leaders
According to Hautzinger, “The students were involved throughout the day learning about particle physics from people involved in the trade. “Rarely do students get a chance to interact with leaders in the field like the kids did in the masterclass,” he said.

Erler added, “It was a splendidly successful event, giving students a chance to step in the shoes of a physicist for a day. I was overwhelmed by how quickly the students grasped the concepts and dug right in.”