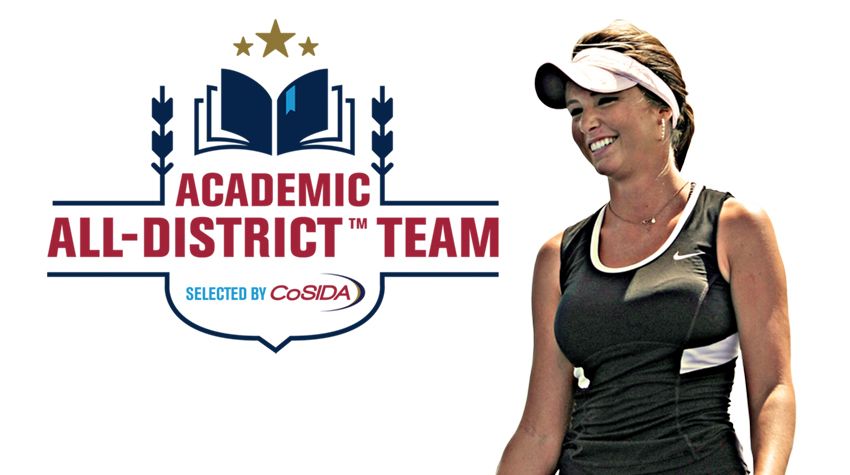 Haas (Bismarck, Ill./Bismarck-Henning), who recently graduated with a 4.0 cumulative grade point average and a bachelor’s degree in history, earned her second-straight CoSIDA All-District honor, after earning the award in 2015. She now qualifies for a chance to earn her second-straight CoSIDA Academic All-American honor, which will be voted upon and then released June 6.

Haas led the Peregrines at No. 1 singles with a 9-2 mark, with her only two losses coming to CCAC title match teams, No. 5 Cardinal Stritch and No. 18 Olivet Nazarene. At No. 1 doubles, Haas finished 6-7 with teammates Ashley Pabey and Abby Kvachkoff, as she helped lead the program to it second straight CCAC postseason tournament victory in 2016.

Nominees must be at least a junior status both athletically and academically, be at their respective institutions a minimum of one calendar year, be a starter or important reserve, and carry a minimum 3.30 cumulative GPA.