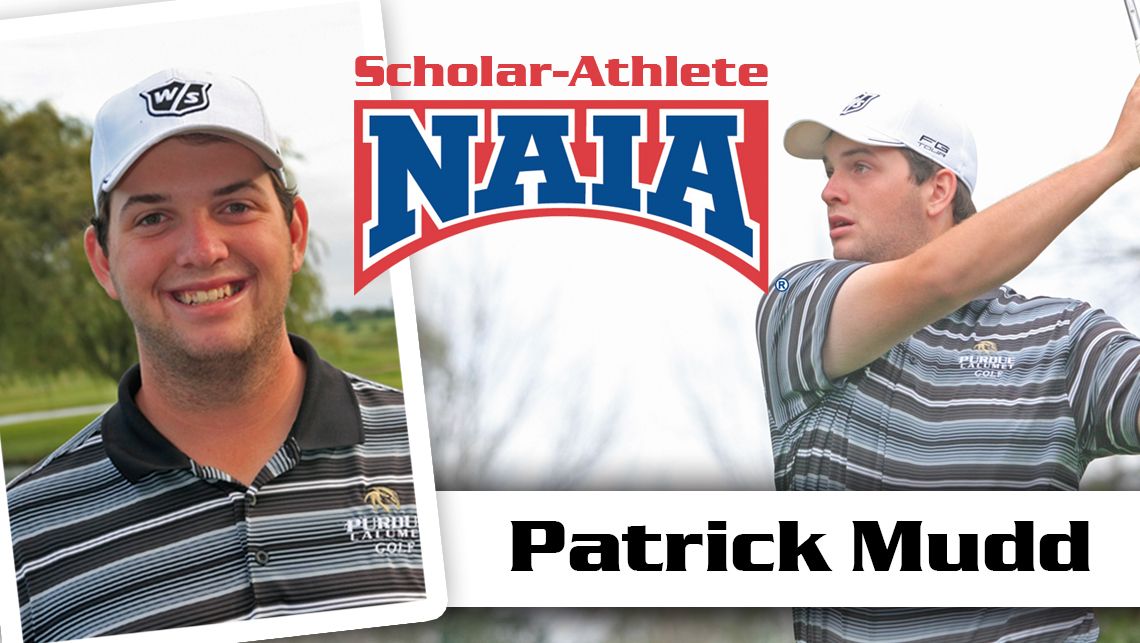 Purdue University Calumet junior Patrick Mudd was named one of 147 men’s golf student-athletes across the country to be honored as a 2016 NAIA Daktronics Scholar-Athlete, as released by the organization.

Mudd (Crown Point, Ind./Crown Point) completed his third season on the links for the Peregrines, after finishing with a team-best average single round score of 77.2 for the Black and Gold in 2015-16. Mudd took medalist honors at the Olivet Nazarene Duel Match to lead the team to victory while also finishing second at the IU East Spring Invite, where the Peregrines won their first-ever team tournament title.

Mudd is a double-major in Political Science and History and is entering his senior year in the fall. He was recently named the 2015-16 Purdue Calumet Scholar-Athlete of the Year at the Final Flight awards banquet in June, and he carries both the single-round and two-day round top four scores in program history.

In order to be nominated by an institution's head coach or sports information director, a student-athlete must maintain a minimum grade point average of 3.5 on a 4.0 scale and must have achieved a junior academic status to qualify for this honor.